Manchester United want to sign Jadon Sancho. But while teams around the world continue to recover from the coronavirus crisis, a move for the Borussia Dortmund star is up in the air. However, by offering the Bundesliga giants the chance to sign some of their most-promising young players, the Red Devils may have the perfect tactic to get a transfer over the line.

United see Sancho as their ticket back to the top of the Premier League. While they’ve made commendable strides under Solskjaer this season, they’re aware they need more.

For the Red Devils, Sancho has the potential to emulate Cristiano Ronaldo at Old Trafford. They’ve even got the Juventus star’s old No 7 shirt reserved for their top transfer target.

Yet at the moment, signing the England international is tricky business.

United have the money for Sancho. They can afford Borussia Dortmund’s £120million asking price and, usually, they’d have no problem coughing up the cash to get a deal done. 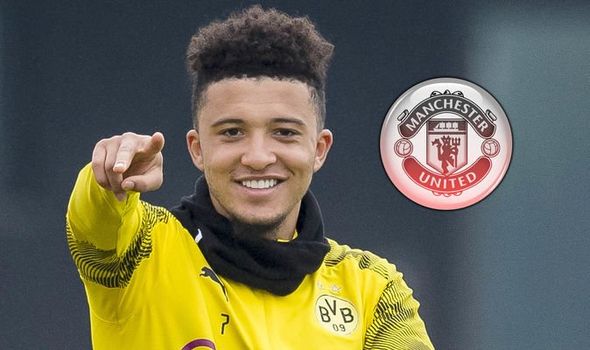 But, throughout the pandemic, the Red Devils have acted with perfection. And they’re worried what sort of message spending that amount of money, at a time where the world struggles to recover, would send out.

However, United have the perfect proposal to make Dortmund: let Sancho go and they can have a pick of the academy talents on loan.

That would suit both parties. The Red Devils would be signing the superstar they crave and Dortmund would get more players capable of being moulded into superstars.

After some underwhelming years, United now have many young players who need some time away in order to further their footballing development,

And Dortmund, more so than any other club on the planet, have proven time and time again they’re capable of treating young players right.

United could use several as bait for Sancho. The prospect of securing some promising players with the potential to be special may well satisfy the Bundesliga side. 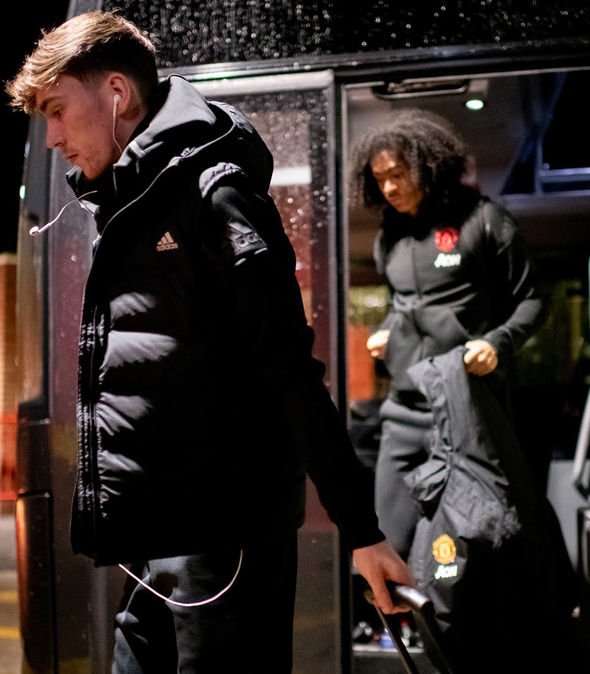 James Garner could be one.

Solskjaer rates the teenager highly but there’s currently no place for him in his squad. Fred, Scott McTominay, Nemanja Matic, Paul Pogba, Andreas Pereira and Bruno Fernandes are all ahead of him in the pecking order.

And the Westfalenstadion could be the perfect environment for Garner to get some much-needed game time as senior level.

That may also be the case for Tahith Chong.

Chong could feasibly move on loan to Dortmund as Sancho’s replacement. Like the England international when he first arrived in Germany the Dutchman has raw talent sorely in need of harnessing.

Hannibal Mejbri could also be another to tickle Dortmund’s fancy.

Big things are expected of the 17-year-old, who moved to Old Trafford from Monaco last summer in a deal that went under the radar.

United very nearly fast-tracked the talented teenager earlier in the season prior to Fernandes’ arrival. There’s currently no role for him at Old Trafford but there just might be over in Germany.

As things stand, the Red Devils won’t be breaking the bank for Sancho.

But with Dortmund long helping young players, loaning them their best young talents could be the key to securing the 20-year-old’s signature.

Chelsea pursuit of Kai Havertz transfer could be about to take giant twist
Ole Gunnar Solskjaer’s latest admission raises doubts of Man Utd transfer plans
Best News
Recent Posts
This website uses cookies to improve your user experience and to provide you with advertisements that are relevant to your interests. By continuing to browse the site you are agreeing to our use of cookies.Ok