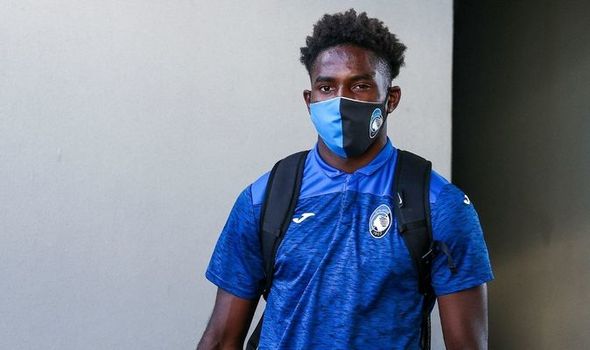 Manchester United are in advanced talks to close a deal for Atalanta’s Amad Traore after his move to Parma collapsed, according to Fabrizio Romano. The Red Devils are set for a manic end to the transfer window as they look to scramble several deals over the line.

Edinson Cavani is currently in Manchester to complete his move to Old Trafford following his release from Paris Saint-Germain earlier this year.

Meanwhile, Alex Telles is set to sign a five-year deal after United reached an agreement with Porto last night.

Cavani may not be the only Uruguayan arriving at the club though and United are believed to be closing in on Penarol wonderkid Facundo Pellistri.

Now, the club are working on a surprise fourth deal in the form of 18-year-old Traore.

“Work permit still pending, deal to be completed now or on next January.”

The winger became the first player born in 2002 to score in Serie A and is one of the brightest young talents in Italy.

United are said to have applied for a work permit for Traore on Friday.

They will now be aware whether a deal is possible and it now looks like they’re working to get it over the line.

Jurgen Klopp’s comments on Adrian as Liverpool are linked with Paulo Gazzaniga
Chelsea in talks with Inter over a new loan deal for Victor Moses
Best News
Recent Posts
This website uses cookies to improve your user experience and to provide you with advertisements that are relevant to your interests. By continuing to browse the site you are agreeing to our use of cookies.Ok