Manchester United lost out on signing transfer target Jude Bellingham because of Borussia Dortmund’s ‘project’, and the chance to be a starter at the club, according to Fabrizio Romano. Bellingham, 17, appears set to join the Bundesliga runners-up after snubbing Old Trafford.

United were desperate to sign Bellingham in the upcoming window.

The Red Devils rolled out the red carpet for him earlier in the year in an attempt to persuade him to swap Birmingham City for Old Trafford.

Legendary manager Sir Alex Ferguson gave him a tour of the club’s Carrington training ground, and the club did everything possible to bring him in.

However, it seems Dortmund have won the race to sign him, as he looks set to become the latest youngster to head abroad from England. 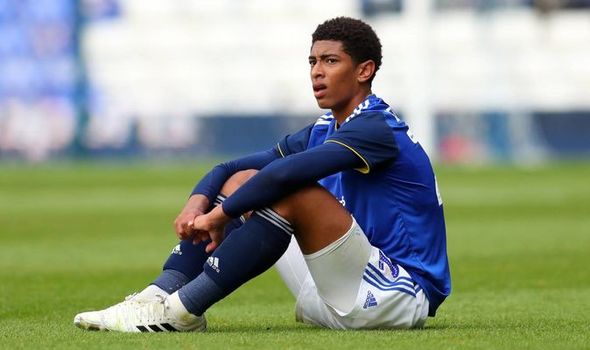 And according to Romano of Sky Italy, he decided to do so due to Dortmund’s history of developing top-class talent.

BVB have a history of signing young players and nurturing them into world-beaters, and Bellingham wants to follow that model.

Bellingham would be almost directly following in Jadon Sancho’s footsteps, as the forward left England in 2017 for Dortmund in a £7.5million deal in a bid to get more playing time and continue his development playing first-team football.

He also appears to have been guaranteed a spot in Lucien Favre’s first-team next season, perhaps in part due to Mario Gotze’s departure.

With Bruno Fernandes and Paul Pogba both in fine form for United, it seemed inconceivable that Ole Gunnar Solskjaer would drop either for such a young player.

But out in Germany he will be given the chance to play first-team football and develop his growth as a player.

The 17-year-old has looked impressive for Birmingham this season, and will reportedly sign a five-year deal with Dortmund.

Bellingham wasn’t United’s top target ahead of the upcoming window, but missing out on him marks a second disappointing setback in a week. 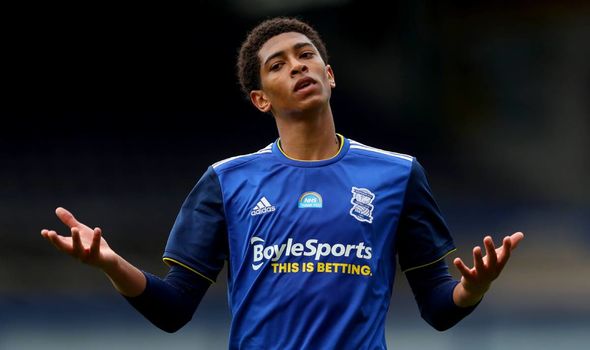 Earlier this week, the club released young starlet Angel Gomes after failing to agree terms over an extension.

Now, they will turn all their attentions towards Dortmund forward Sancho, as Ole Gunnar Solskjaer remains desperate to sign him.

United chiefs have reportedly decided they will only spend a maximum of £50m on any player this summer, though that has been disputed.

Dortmund want at least £90m to let Sancho leave this summer, meaning the two clubs still have some way to go before they agree a deal.

Mohamed Salah reveals split in the Liverpool squad over Man City showdown
Man United, City and Wolves 'could MISS the start of next season'
Best News
Recent Posts
This website uses cookies to improve your user experience and to provide you with advertisements that are relevant to your interests. By continuing to browse the site you are agreeing to our use of cookies.Ok