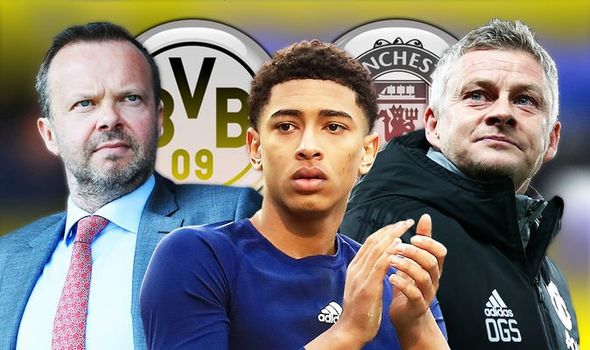 Manchester United once only had to click their fingers and the best prospects would drop everything and come running. When the invitation was sent out to George Best in Belfast and David Beckham in London to join the most glamorous club in England, there was only one answer.

Jude Bellingham is about to say ‘no’ though. He is set to join Borussia Dortmund instead.

The Birmingham City prodigy, who turns 17 on Monday, was given the full tour of United’s Carrington training facility by Sir Alex Ferguson no less before lockdown and sold the club hard but Bellingham has evidently decided against it.

United’s allure is clearly not what it once was.

The Next Big Thing of English football, Bellingham has captained his country at youth level and already played 33 games for Birmingham at first team level. He has become the club’s youngest player and youngest goalscorer.

An energetic midfielder with an eye for goal, he was seen at Old Trafford as a gold-mine investment but instead he has chosen to follow the Jadon Sancho path into German football.

It makes sense for Bellingham to reject United. Bellingham is a smart kid, currently mixing his football with studying for a sociology A level. He can see the bigger picture. 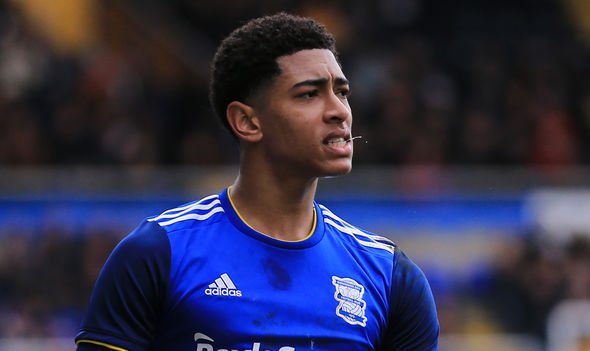 He is used to Championship football and wants to test himself at the next level up.

While Ole Gunnar Solskjaer has shown with another raw talent, Mason Greenwood, that he is willing to give youth a chance the reality is that Bellingham would have to bide his time at United.

Bruno Fernandes has quickly established himself in midfield since his arrival from Portugal, Fred is finally flowering and Scott McTominay has just signed a new contract. If Paul Pogba chooses to stay in the summer, with Nemanja Matic around as well Bellingham will struggle to get a look in.

Contrast that with the opportunities Sancho has been given – and taken – in the Bundesliga and you can see why Bellingham came up with the answer he did – and his working in the margin.

Having moved from Manchester City at 17, Sancho’s exposure has enabled him to become an England starter; Bellingham’s direction of travel could help him do the same.

There are different paths up the mountain. Phil Foden is showing that waiting in the wings can pay off too if you are willing to be patient and apply yourself to learning from the best. But the difference is that Foden, at Manchester City, is a sponge in one of the best two environments in English football.

He is guided by a genius manager in Pep Guardiola and an old master in David Silva and has the best current midfield player in the league in Kevin De Bruyne to study daily.

United, despite their wealth and reputation, are operating a level down.

The signs are that they are on the rise again and they could yet qualify for the Champions League this season but in their present state the truth is they no longer possess the same capacity to turn a young player’s head.

That time may come again but even if they continue on their current trajectory it will be at least a couple of years before they can look the top two in the eye again.

City will have Guardiola driving them on for another season at least and Liverpool under Klopp aren’t going anywhere.

Meanwhile Bellingham will be growing, maturing and most importantly, playing, in the Bundesliga.

Get well soon Novak Djokovic. Perhaps, while he is convalescing, the World No 1 might care to tune into Andy Murray in the Battle of the Brits to see how covid-era tennis should be done.

Djokovic’s Adria Tour – or Coronavirus Cup as it turned into – was such a disastrous example of how not to restart sport with its absence of testing, big crowds and post-event parties that he should feel ashamed.

Grigor Dimitrov, Borna Coric and Viktor Troicki all went down with the illness and Djokovic’s own subsequent positive coronavirus test put the tin lid on the cursed event.

The virus does not care about world rankings or Grand Slams won and it has shown it can ruin reputations as well as lives. 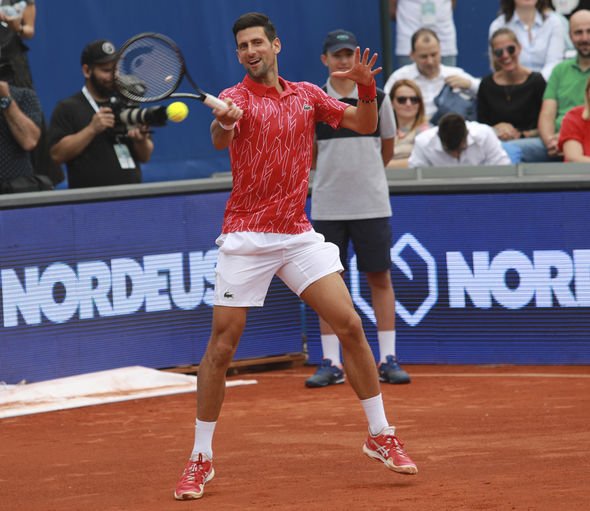 If Neil Warnock’s latest comeback at Middlesbrough goes well enough to earn the old rascal another full season it should attract the attentions of sport’s increasingly busy fly-on-the-wall documentary makers.

The vintage dressing room footage of Warnock in full firebrand mode at his Sheffield United team 15 years ago gives a flavour of what a Netflix or an Amazon Prime might expect.

“You blame everything. Blame me, pitch, ref, system, tactics. You want to have a look at you selves some of you in the mirror,” rages Warnock.

“It doesn’t hurt you. You’re picking a wage up. That’s a load of bollocks. You’re got to die to get three points.”

That’s with the swear words edited out. Five of them in that rant alone.

A contract extension for David Luiz at Arsenal? Good to see Mikel Arteta’s sense of humour has survived the lockdown intact.

Popovic: Football is here to stay

What Liverpool’s Premier League title win means for Salah, Mane, Van Dijk
Pep Guardiola reacts to Liverpool winning the Premier League title
Best News
Recent Posts
This website uses cookies to improve your user experience and to provide you with advertisements that are relevant to your interests. By continuing to browse the site you are agreeing to our use of cookies.Ok