Manchester United want to sign Jadon Sancho from Borussia Dortmund this summer and they look set to beat the likes of Liverpool and Real Madrid. Ed Woodward is ready to fund a mega move with the Bundesliga side wanting more than £100million for the England winger.

Sancho has been in stunning form this season, netting 20 goals and providing 20 assists in all competitions.

The Sun claim only United will have the funds available to make a viable bid for the impressive winger.

Sancho joined Dortmund from Manchester City for just £10m but the Bundesliga side now want 10 times more than that figure.

Real Madrid and Liverpool are the other two sides linked with a move for the 20-year-old. 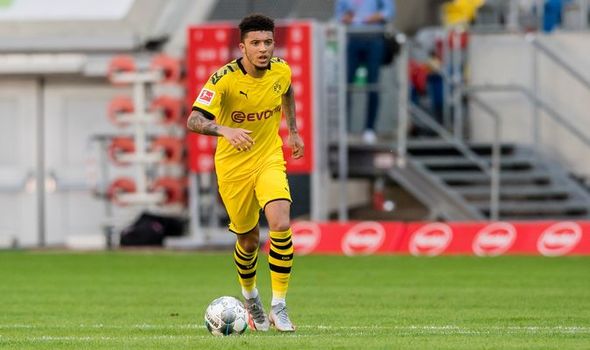 The Reds have already missed out on signing Timo Werner with the RB Leipzig forward joining Chelsea this summer instead.

And Real are unlikely to make a bid in excess of £100m in the post-coronavirus world.

Dortmund are determined to keep Sancho at the club for at least one more season though and will offer him a big bumper contract to entice him to stay put.

A move for Sancho from United could ultimately hinge on the Red Devils qualifying for the Champions League.

They took a step closer to that goal with an impressive 3-0 win against Sheffield United last night which saw Anthony Martial net a hat-trick.

He does not see Sancho as one star they should go after though as he feels a striker and defender should be prioritised.

He told Premier League Productions: “I look at that squad now and I think they’re two or three players short of challenging for the title. 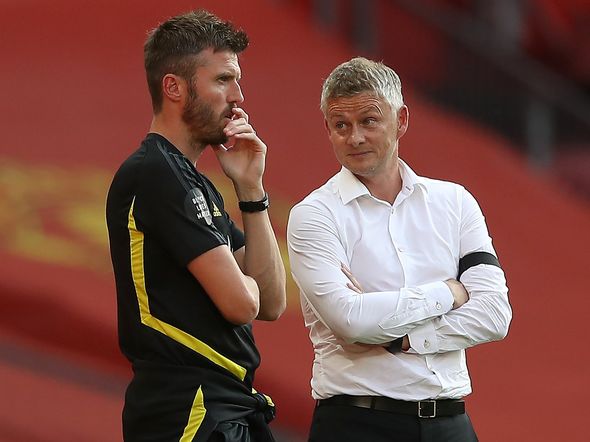 “I think they need another striker, I think they need Jack Grealish, who is a brilliant player to have when teams sit back against them like Tottenham did the other evening where he can occupy the tight areas and create something.

“I think they need another centre-back as cover. If they can get that and they have the money to be able to go out and buy them sort of players to attract them to the biggest club in the world then I think they’ll be real challengers. I think Ole’s done a brilliant building job.

“The back five picks itself, there’s a lot of good players in there. I think another centre-back would be useful to them and I think they’ll go out and get that.

“Midfield we have a lot of options if it’s not Scott McTominay it’s Matic, who has two Premier League winners’ medals to his name. He has experience of doing that.

“We have exciting players up front with a lot of pace we just need that stick-on no9 Harry Kane type – I’m not trying to sell him don’t worry Daniel [Levy]!

“But I believe that if they get that top player and I think they can because it’s Manchester United then I think they have a real chance.”

United return to action against Norwich on Saturday in an FA Cup quarter-final (5.30pm).

Anthony Martial’s progress justifies Manchester United transfer decision not to revive striker hunt
Man Utd tipped to replace Anthony Martial with Harry Kane and beat Liverpool to the title
Best News
Recent Posts
This website uses cookies to improve your user experience and to provide you with advertisements that are relevant to your interests. By continuing to browse the site you are agreeing to our use of cookies.Ok