Manchester United wonderkid Mason Greenwood’s recent form could persuade the club’s owners – the Glazer family – into putting less money towards a bid for Borussia Dortmund ace Jadon Sancho this summer. That’s the opinion of transfer expert Duncan Castles, who explained that there are multiple factors influencing the club’s transfer policy this summer.

Greenwood has enjoyed a brilliant run of form since football resumed last month.

The 18-year-old has been used more frequently by Ole Gunnar Solskjaer in recent weeks, and has repaid that faith with goals.

He has predominantly been used on the right-wing in a forward three, with Anthony Martial in the middle and Marcus Rashford on the left.

Greenwood’s form has been impressive, with three goals and an assist in his last two games playing out wide. 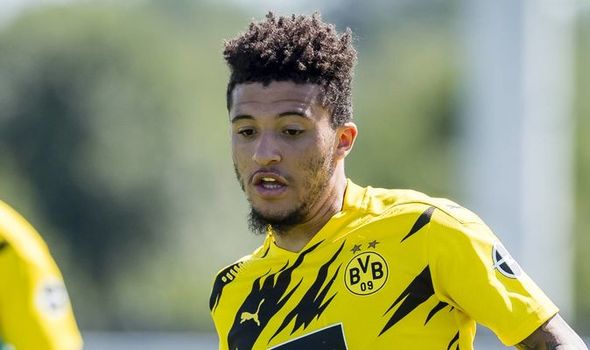 United are expected to strengthen the right-wing position this summer, with a move for Sancho likely.

However, the Red Devils will only pay a maximum of £50million as a transfer fee, a potential stumbling block in the move.

And Castles believes that the Glazer family will now be looking again at whether they want to buy the Borussia Dortmund winger after seeing Greenwood’s emergence.

Speaking to the Transfer Window Podcast, he explained that the club’s transfer business will also be impacted by whether they qualify for the Champions League next season.

If Manchester City’s European ban is upheld, the team in fifth place – currently United – will qualify for the competition.

And if United miss out, they will apparently have to fork out a significant fee to some of their bigger sponsors, having missed out two years running.

Castles said: “I think [Greenwood’s form] is more likely to influence the Glazers being prepared to put less money into the deal to secure Jadon Sancho.

Right-wing is a priority for Manchester United. They’ve gone into this summer’s transfer window for a long time looking at players who can fit that role, and they’re still saying that’s the number one position they want to improve in. However, they are trying to keep a cap on spending. 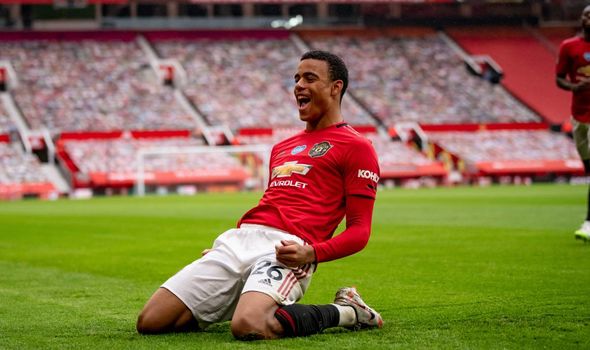 “They’ve been hit – as all football clubs have – by Covid, but because of the way they’ve addressed the problem by not furloughing staff, keeping temporary staff employed even though there hasn’t been any use for them at the stadium, they’ve put money into local charitable causes, they’ve taken a bigger financial hit than other Premier League clubs.

“They’re concerned over the impact that will have on their financial accounts that didn’t look good when they were last published.

“There’s also the question over whether they will be in the Champions League with the substantial differences that makes to their revenue to the coming season, depending on qualifying for the competition, also on rebates they’d have to pay to frontline sponsors if they fail to make the Champions League two years in a row.

“They look like they’re going to get that, looking at their recent form and the strong possibility that Manchester City will be excluded from the competition, thus making fifth place an access point for the Champions League.”

Chelsea transfer roundup – Milinkovic-Savic options, Havertz and Emerson latest
Chelsea offered two midfielders in exchange for Jorginho as Juventus plan instalment deal
Best News
Recent Posts
This website uses cookies to improve your user experience and to provide you with advertisements that are relevant to your interests. By continuing to browse the site you are agreeing to our use of cookies.Ok