Manchester United are set to sign Facundo Pellistri as well as Edinson Cavani, reports say. Ed Woodward has left it late to conclude transfer business. But it appears his efforts are starting to pay off, with the pair primed to move to Old Trafford.

Manchester United are close to signing Cavani in a shock move.

The Uruguay international has been a free agent throughout the summer but now, with less than 48 hours left on the clock, the Red Devils have moved to bring him to the Premier League.

Cavani will guarantee United goals galore having scored 200 times for PSG during a seven-year stint, while he’ll also act as mentor to young duo Mason Greenwood and Anthony Martial.

The 33-year-old isn’t the only Red Devils target, however.

They’ve also been eyeing a deal for youngster Pellistri and, now, El Observador claim the 18-year-old is on his way to Old Trafford. 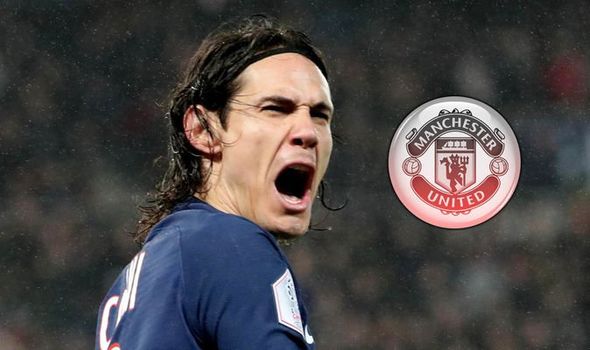 It’s claimed the teenager will ‘join Cavani’ at the Theatre of Dreams and, though Lyon were interested, they’re now poised to miss out.

Lyon left it too late to move for the Uruguayan youngster and United will pay £8million to bring him to England.

The player’s agent Gerardo Rabajda has informed Penarol’s board his client’s release clause will be paid and confirmation is expected in ‘next few hours’.

United accelerated their interest in the player between Friday and Saturday and their proposal is said to have convinced both player and club.

Pellistri’s wages will reportedly double and, now, he’s set to play alongside Cavani in the Premier League. 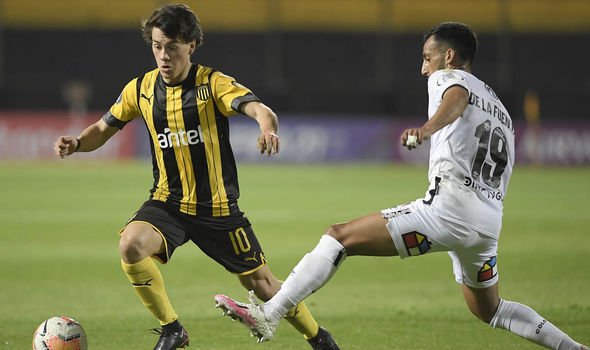 Donny van de Beek remains their only confirmed signing and their pursuit of Jadon Sancho, despite being well-documented, is yet to pay off.

And Solskjaer said: “When I came in and was given the job, I gave my view on what the team should look like and how to get there.

“I feel when we had these conversations, the club understood my view.

“In all honesty, results are always the key here. But the club also see what we are doing with the club, and what we want to do with the club.

“And of course, I’m very happy working with the players I’ve got.

“But also, the part of the job is to improve the squad all the time, and so far I’ve been backed. We are working hard to be competitive again, amongst the best.

“I think football now is different from what it was six or eight months ago, and these times are very unique.

“To get deals done you need to monitor a player for a long, long while, and monitor your target, and I feel the process there has been working well.”

Premier League Live – Leicester v West Ham and Southampton v West Brom
Arsenal vs Sheffield United – Premier League: Live score and updates
Best News
Recent Posts
This website uses cookies to improve your user experience and to provide you with advertisements that are relevant to your interests. By continuing to browse the site you are agreeing to our use of cookies.Ok