Manchester United boss Ole Gunnar Solskjaer is finding Jadon Sancho a tough player to sign. The Borussia Dortmund star is the Norwegian’s top transfer target at Old Trafford, determined to land the 20-year-old after 18 months of scouting. But the Red Devils signing Bruno Fernandes for £47million in January is complicating their chase of the England international.

In the eyes of Solskjaer, it’s essential that Manchester United sign Sancho this transfer window.

Although the 47-year-old already has Mason Greenwood, Anthony Martial and Marcus Rashford at his disposal, he feels more is required if the club are to challenge for the Premier League title next season.

So far, however, United have found Dortmund tough negotiators on Sancho.

The German giants insisted he’d only be sold if the Red Devils presented an offer of £108million before August 10, a deadline they set.

And, in the time since, they’ve happily insisted the 20-year-old will be remaining at the Westfalenstadion for the upcoming campaign.

For United, that’s forced them back to the drawing board. 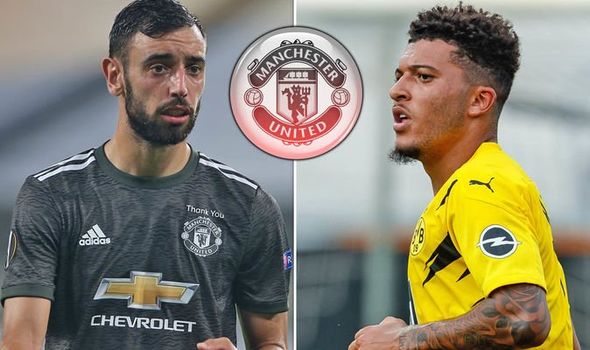 And recent reports have suggested they’ll have to sell before they buy, with the likes of Chris Smalling, Phil Jones, Marcos Rojo, Jesse Lingard and Andreas Pereira all up for sale.

Part of the reason for that, however, is Fernandes.

Back in January, the Red Devils forked out £47m on the Portugal international. He arrived from Sporting Lisbon and, in the short time since his move, has had a major impact at Old Trafford.

And he also had a big impact in the Europa League, finding the net in matches against Club Brugge, FC Copenhagen and Sevilla prior to the club’s elimination on Sunday night.

However, Solskjaer revealed back in February that the signing of Fernandes had actually eaten into the club’s budget for the summer transfer window. 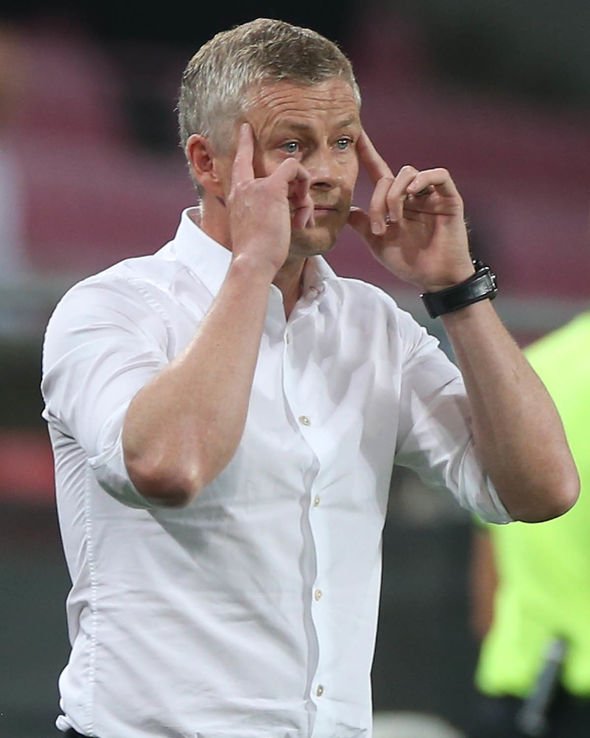 “Of course it is,” he said when asked if that was the case.

“Of course signings and expenditure will affect your budget.”

And that means that United will have to look to offload some of their players before they cough up the fee Dortmund want for Sancho.

Despite comments from the Bundesliga side, Solskjaer remains hopeful the England international will sign on the dotted line this transfer window.

United have admired Sancho for years, now, with interest first dating back to his time across town over at Manchester City.

The Red Devils hoped to recruit the England star in the summer of 2017, back when Jose Mourinho was in charge.

However, United ended up missing out on the forward with Dortmund luring him to Germany thanks to a guarantee of first-team football and starting opportunities.

But they again missed out, with Solskjaer’s failure to steer them into the Champions League ultimately counting against them.

Now, United are hoping to add Sancho to their squad.

But Fernandes is complicating their pursuit of the Dortmund star and whether they’re successful in their transfer assault if something only time will tell.

Jill Ellis, Joe Montemurro, Phil Neville all reportedly in hunt to replace Ante Milicic as Matildas head coach
Ronald Koeman 'is preparing for up to SIX big departures at Barcelona'
Best News
Recent Posts
This website uses cookies to improve your user experience and to provide you with advertisements that are relevant to your interests. By continuing to browse the site you are agreeing to our use of cookies.Ok