Manchester United star Bruno Fernandes has shown his amazing character with comments on Paul Pogba. The Portugal international has spoken out ahead of his side’s Premier League clash with Arsenal on Sunday. And he’s admitted that he’ll play anywhere on the pitch if Ole Gunnar Solskjaer needs him to.

Pogba has found himself usurped by Fernandes at United since the Portugal international’s move to the club back in the January transfer window.

The France international is no longer a regular in Solskjaer’s starting XI, with the Norwegian struggling to accommodate the £89million midfielder.

Fernandes is very much the talisman of this United side these days having sparkled ever since his arrival from Sporting Lisbon back in the New Year.

But he’s shown his amazing character by admitting he’s unfazed if he, or the 27-year-old, starts in the team.

There’s been talk of Fernandes’ ego beginning to take over, with a United insider earlier in the month saying he’s ‘getting too big for his boots’. 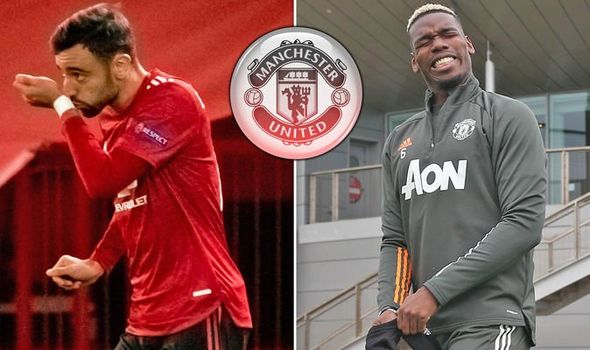 But the Portugal international has displayed his class by admitting he’ll do anything Solskjaer wants him to do as long as it’s in the best interests of the team.

“There is a lot of conversations about this situation and playing different formations where Bruno and Paul can play together,” he told Sky Sports.

“As a player you want to play, for me it doesn’t matter about the formation.

“The most important thing is helping the team, and if the coach thinks I need to play on the left, right, centre, no 8 or no 10, I have no problem playing everywhere. I can adapt to everything. 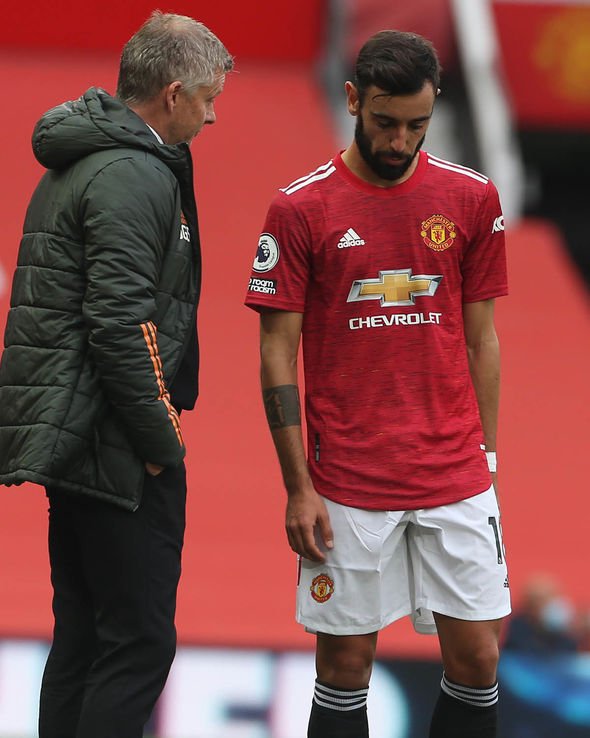 “It’s not a problem, I adapt really quick to different positions or formation.

“For me, it’s not a problem. Of course not every player has that capacity to be in a different place or play a different role.

“Most of the time you don’t need to play your best in that position, you have to do what you can that is best for the team. Sometimes it’s not about you, it’s about the team and we need to be like that to win trophies.

“Of course we have a lot of formations, we played with three at the back against PSG, then we played with a diamond and a front three. This is modern football.

“Maybe some years ago a team would have a formation and they would play with it all season. Now it’s time to understand what is better for the game and what you can change for the game.

“Against Arsenal, the coach may think it’s better to play the same system or maybe we go back to three or play with a back four.

“We have a lot of people watching Arsenal and seeing what can be better for us as a team, how we can play better and how we can cause more problems to their team.”

Fernandes is expected to start when United lock horns with Arsenal on Sunday (4.30pm).

He was benched for the 5-0 win over RB Leipzig in midweek but performed brilliantly after entering the fray.

United and Arsenal played out a 1-1 draw at Old Trafford when the two teams met last year, with Scott McTominay and Pierre-Emerick Aubameyang both on target.

Sean Connery rejected Matt Busby’s offer of Man Utd contract on £25-a-week
Man United vs Arsenal combined XI ahead of Premier League clash
Best News
Recent Posts
This website uses cookies to improve your user experience and to provide you with advertisements that are relevant to your interests. By continuing to browse the site you are agreeing to our use of cookies.Ok