Harry Maguire isn’t sure why Manchester United struggled in their 2-1 victory over Norwich in the FA Cup quarter-finals at Carrow Road. However, Maguire, who scored the winner for United during extra time, hinted that they may have approached the game in a wrong manner as they played slow and wouldn’t get the ball wide.

The Red Devils opened the scoring after 51 minutes with a flick by Odion Ighalo but the Canaries evened things up 15 minutes before full-time with a stunning shot by Todd Cantwell just outside the box.

Maguire netted the Manchester giants’ second at the death of extra time to take Ole Gunnar Solskjaer’s men through to the semi-finals of the FA Cup despite their poor perfromance.

The star centre-back claimed the team will have to look back at that game and figure out why they couldn’t finish it earlier but insists that what’s most important is that they made it through. 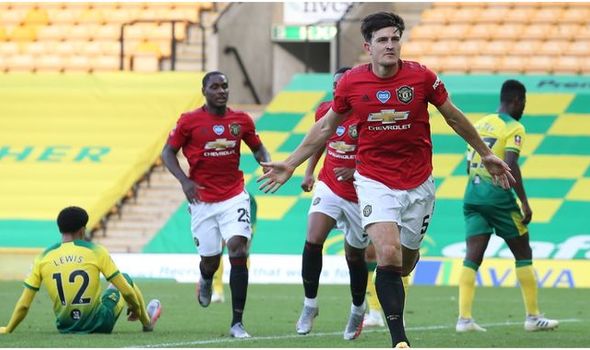 Maguire toldm the BBC after the game: “We had a tough game in the heat on Wednesday but we made changes so that shouldn’t be the reason.

“I can’t really put a finger on it at the moment, we’ll have to watch it back and see. We played a little slow and went through the middle a bit too much, we should have done wide a lot more. We’re in the semi-final and that’s all that matters.”

Norwich vs Manchester United result: Harry Maguire scrambles late winner to earn semi-final spot
Maguire, Ighalo lead Man United into FA Cup semifinals after frustrating team display
Best News
Recent Posts
This website uses cookies to improve your user experience and to provide you with advertisements that are relevant to your interests. By continuing to browse the site you are agreeing to our use of cookies.Ok