Manchester United star Marcus Rashford will eventually lose his place in the side to Mason Greenwood, former Chelsea and Tottenham boss Glenn Hoddle believes. Both players have been in fine form this season. But it’s Greenwood who has been gaining the plaudits in recent weeks with the 18-year-old scoring three times since the restart.

Manchester United have seen both Rashford and Greenwood step up this term following the summer exit of Romelu Lukaku to Inter Milan.

The former has bagged 20 goals across all competitions this season, while Greenwood has notched 15 in his maiden full season in the first team.

Despite those statistics, however, Hoddle believes that the 18-yearold will eventually oust Rashford from the side because he’s ‘only going to get better and better’.

“I think he’s a wonderful player now and he’s only going to get better and better,” Hoddle told Premier League Productions.

“I’m really impressed with the two feet. I love to see players play with two feet. 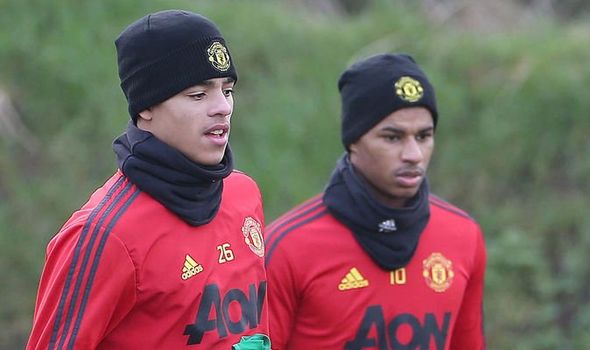 “He’s got a right foot and he’s got a left foot. I think Phil [Neville] is right about playing him right in a wide berth. Will he end up down the middle? Maybe, maybe not.

“I think he will push Marcus Rashford out of the team. There’s a quote.

“I think he will end up being a far better clinical finisher and in the end I think you’re going to have to put this lad in first ahead of anyone else.

“Their front three at the moment is working really well for them, [But] When you look at Martial [and Rashford] they’re all wingers really; they want to play wide.

“So if they did go and get a centre forward, I think he could play round a real main focal centre forward and have him playing round there. Wow! He could be anything with the two feet.” 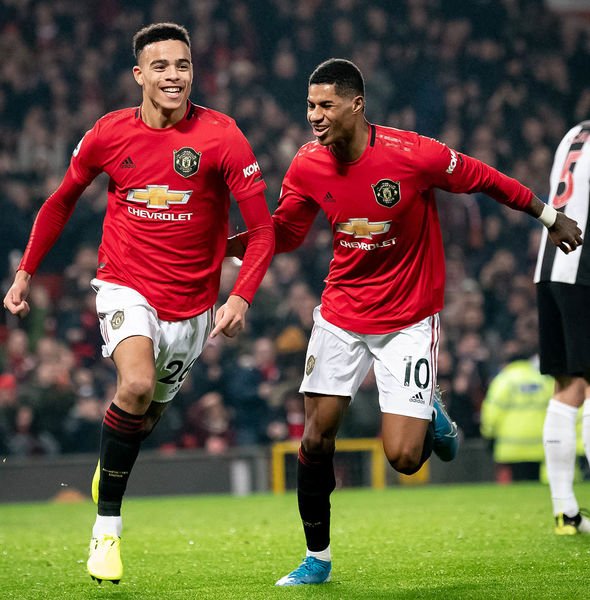 United have been careful with Greenwood’s development.

They have rotated the youngster with Daniel James but it’s now the teenager who is ahead of the Wales international in the Old Trafford pecking order.

And former United star Paul Parker thinks Greenwood has the potential to be the next Ryan Giggs at Old Trafford.

“There hasn’t been a player for a long while who has made such a massive footprint of intent,” the former defender told the Talking Devils podcast.

“Maybe he’s the first since Ryan Giggs. People might say Paul Scholes and the others but people knew about them.

“Mason has been around but he’s suddenly come on.”

“He now looks like a man. His body shape has changed… he looks more imposing.

“He is young but players know they can’t knock him around anymore. Someone could have told him to do it [bulk up] but you have to want to do it. He has.

“And now he has the potential to be a player the likes of which United haven’t had since Ryan.”

Crystal Palace vs Chelsea live stream: How to watch Premier League fixture online and on TV tonight
Chelsea receive £23m offer with Marina Granovskaia set to agree summer sale
Best News
Recent Posts
This website uses cookies to improve your user experience and to provide you with advertisements that are relevant to your interests. By continuing to browse the site you are agreeing to our use of cookies.Ok