Manchester United are looking at buying a new left-back this summer if they are unable to sign Jadon Sancho from Borussia Dortmund, according to transfer expert Duncan Castles. United are still determined to sign the winger, but are now apparently looking at new targets, and have a plan for Brandon Williams if they do bring in a new left-back.

United are set for a busy transfer window, with Sancho their top target.

The Red Devils have been told to fork out £108million for the Borussia Dortmund winger, but are currently stalling over meeting those demands.

They apparently made a contract offer to Sancho which would have seen the 20-year-old take a pay-cut, something that left the winger concerned over the negotiations.

Club chiefs are still in talks with the winger’s representation, and have been reported to have offered him a five-year contract worth £340,000-per-week. 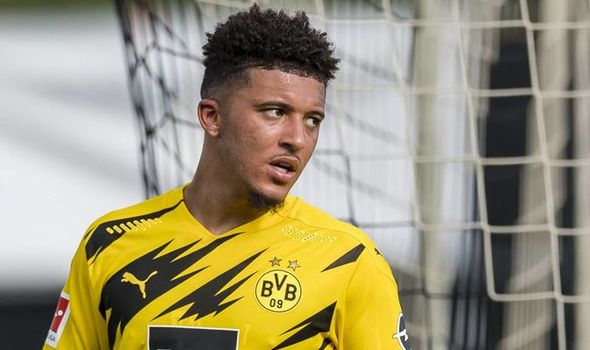 But United are still stalling over paying out the £108m, and Castles believes they are now looking at alternative targets, as they have a large amount to spend this summer.

Speaking to the Transfer Window Podcast, he revealed that club scouts are watching Monaco left-back Fode Ballo-Toure, who is under contract until 2023.

His arrival wouldn’t imapct Williams, however, who has been rising through the ranks at Old Trafford.

Castles explained that the teenager would be moved over to the right-hand-side of defence if Ballo-Toure is signed, in order to give Ole Gunnar Solskjaer a back-up option for Aaron Wan-Bissaka.

“I’m hearing that United are looking to re-allocate cash into other areas of the team that Ole Gunnar Solskjear wants reinforced and hadn’t been a priority,” he said. “The right-wing is a priority, Sancho is the priority.

“But, they will look to do business in other areas [if they can’t sign Sancho].

“They’d like to sign a centre-back, who they’d do in tandem with Sancho regardless of whether he’s down the left-side of the centre-back.

“They’re also in the market for a full-back, preferably a left-back as a back-up to Luke Shaw. 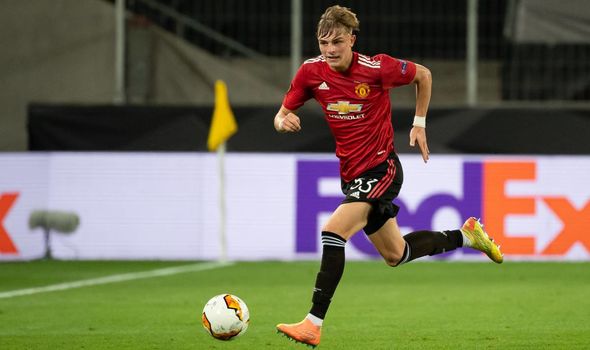 “A young, talented player who can be developed into a potential first-choice. They’ve then got the option to move Brandon Williams to right-back as a back-up to Aaron Wan-Bissaka.

“There was an interest in Fode Ballo-Toure, the left-back at Monaco, he’s young, he’s a French under-21 international, he’s played a lot of games for Monaco but he’s not a guaranteed starter for the entire season, so he’s the type of player who can be brought into the squad and would be satisfied working and challenging for a place, rather than the expectation of being a starter every match.

“There’s a shift there in looking at alternative opportunities if Dortmund are true to their word and won’t sell Sancho.

“That’s probably a welcome sign to Manchester United fans, that United are operating in a way where they have a strategy set out for them, should their first-choice deals not be completable this season.”

Who are the best free agents in Premier League history?

Tottenham to table contract offer to Jose Mourinho target amid Inter Milan swap talks
Raul Jimenez told ‘leave Wolves now’ amid Man Utd and Liverpool transfer links
Best News
Recent Posts
This website uses cookies to improve your user experience and to provide you with advertisements that are relevant to your interests. By continuing to browse the site you are agreeing to our use of cookies.Ok