Manchester United have been tipped to continue looking for a new striker despite Anthony Martial’s hat-trick in the Premier League romp against Sheffield United.

Martial has led the line for the majority of the season after Ole Gunnar Solskjaer failed to secure a permanent replacement for Romelu Lukaku, who was sold to Inter Milan last summer.

The January transfer window eventually saw the arrival of a new striker as Odion Ighalo was snapped up on a shock loan deal.

Former Watford striker Ighalo has impressed enough to earn an extension until the end of January next year, which has prompted the club to cool their interest in signing a permanent striker this summer.

The delay offers Martial the chance to nail down the central attacking role, but ex-Liverpool defender Jose Enrique believes United will continue looking for a new striker unless he delivers a consistent run of performances. 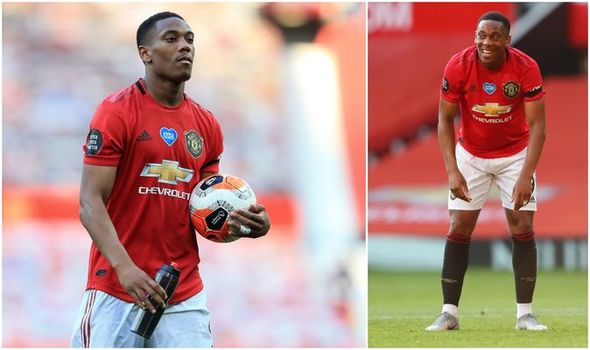 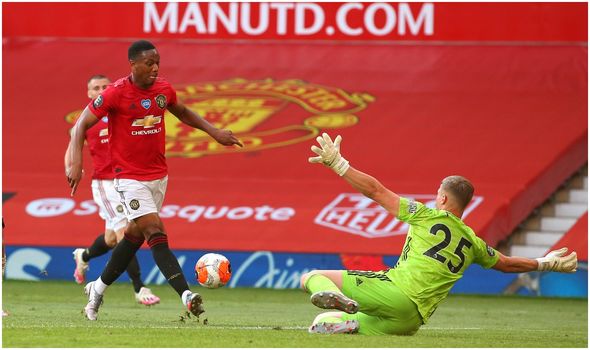 When asked on Sky Sports’ The Football Show whether Solskjaer could now abandon his search for a new striker, Enrique said: “Martial has been showing this type of quality before. The only problem for him has been that he’s not been consistent enough for a team like United that want to fight for things.

“They have to still look for a striker. We’ll see what happens, there’s still games to go. They will have to see how he performs until the end of the season to see if he can still have that level until the end.”

Martial stole the show by netting all three goals in Wednesday’s win against Sheffield United.

The 24-year-old opened the scoring in the seven minute after superbly reacting to Marcus Rashford’s drilled ball across the face of goal.

He doubled the lead on the stroke of half time when he fired Aaron Wan-Bissaka’s cross past Blades keeper Simon Moore, who was standing in for United loanee Dean Henderson.

Martial completed the treble – his first for the club – after the break when he chipped Moore.

Former Everton midfielder Leon Osman said: “It was great for his confidence.

“The issue with him is he’s had moments like this in his Manchester United career where you’ve felt he’s going to kick on. He had these standout moments where you thought that’s the player Manchester United paid all that money for.

“Unfortunately, he’s not been able to sustain it for long enough. Now he’s a bit more mature, he’s developed as a player, he’s become a number nine rather than that player who played in off the left.”

Martial’s hat-trick was the first time a Red Devils player has netted a treble since Sir Alex Ferguson’s retirement in 2013.

Tottenham offer new contract to Mauricio Pochettino’s son
Man Utd tipped to snub Jadon Sancho and make three signings to challenge Liverpool
Best News
Recent Posts
This website uses cookies to improve your user experience and to provide you with advertisements that are relevant to your interests. By continuing to browse the site you are agreeing to our use of cookies.Ok