Manchester United transfer links to AC Milan star Hakan Calhanoglu is ‘agent hype’, it has been claimed. The Turkey international is supposedly on Ole Gunnar Solskjaer’s radar ahead of the January window. But with the club having Bruno Fernandes and Donny van de Beek at their disposal, they’re unlikely to make a move.

For years, Manchester United have struggled with creative midfielders.

But that problem has been solved by Solskjaer, with the Norwegian now possessing one of the best midfields in the entire Premier League.

Fernandes and Van de Beek are both specialists in the No 10 position, while Juan Mata and Paul Pogba are also capable of playing there.

Despite that, United have been strongly linked with a move for AC Milan’s Calhanoglu, whose contract at the San Siro expires at the end of the current campaign.

The Turkey international has reportedly already rejected a move to Juventus, such is his determination to make the move to Old Trafford this summer.

However, Beyond the Pitch host Phil Brown has insisted that reports linking the 26-year-old with a move to Solskjaer’s side are merely ‘agent hype.’ 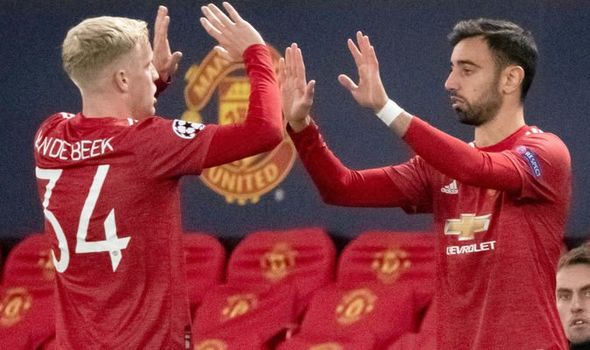 He tweeted: “I’m told the Calhanoglu rumors are ‘agent hype’.”

United moving for the Milan star would make little sense given their plethora of options in midfield.

As well as Van de Beek, Mata, Fernandes and Pogba they also have Nemanja Matic, Scott McTominay and Fred currently jostling for a starting berth.

And it seems unlikely the Red Devils would spend money on wages for Calhanoglu when they require improvement in other departments, such as at centre-back.

United are understood to be planning a move for RB Leipzig’s Dayot Upamecano next summer, installed with the belief the 22-year-old can be an Old Trafford hit. 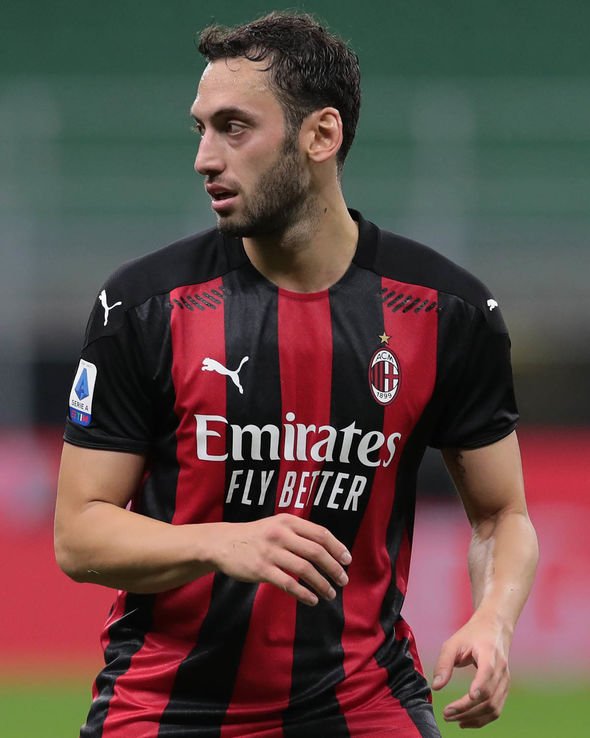 However, the 22-year-old endured a chastening night on Wednesday as the Red Devils beat the Bundesliga giants 5-0 in their Champions League showdown.

Despite that, though, Liverpool legend Phil Thompson believes Upamecano remains worth the investment.

“And of course, after their result, you’d be wondering whether it’s the right call.

“Though on saying that, you could say the same thing about Virgil van Dijk if you had only ever seen him play in that game [7-2 loss] against Aston Villa.

“You have your off days – everyone does.

“RB Leipzig have had a fantastic start to their season, they didn’t look like that in the second half at Old Trafford, United were all over them.

“Upamecano was all over the place, but so was the entire team. But don’t be fooled. He’s a very good defender and there’ll be a lot of people looking at him because he is making a lot of waves.

“There’s not a lot of quality centre-backs available in Europe at the moment, and I know Rio Ferdinand wasn’t happy with his performance… But I think I remember Rio having one or two bad games himself!

“One or two shockers, it happens to everybody. He’s had a couple of shockers as a pundit, too, we’ve all seen the ‘give it to Ole!’ rant a million times.”

Why Christian Pulisic missed Chelsea's Premier League clash against Burnley
Juventus boss Andrea Pirlo makes Cristiano Ronaldo decision after Covid return
Best News
Recent Posts
This website uses cookies to improve your user experience and to provide you with advertisements that are relevant to your interests. By continuing to browse the site you are agreeing to our use of cookies.Ok