‘Thanks for the memories but your time is over’: Manchester United fans livid after David de Gea makes woeful error as he lets in Mason Mount’s effort in FA Cup semi-final against Chelsea

Manchester United goalkeeper David de Gea made a howler during his side’s FA Cup semi-final against Chelsea at Wembley.

Chelsea were leading 1-0 courtesy of an effort from Olivier Giroud which de Gea could have dealt better with.

The Blues’ second goal, scored by Mason Mount just after half time, shouldn’t have been allowed in by de Gea. 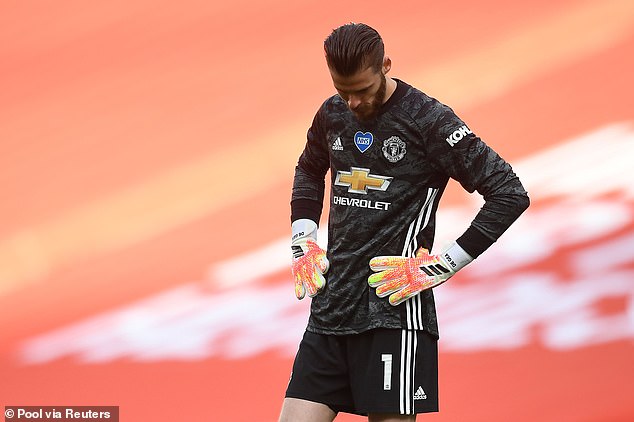 Mount burst forward and then shot from outside the area, with the effort catching de Gea out. 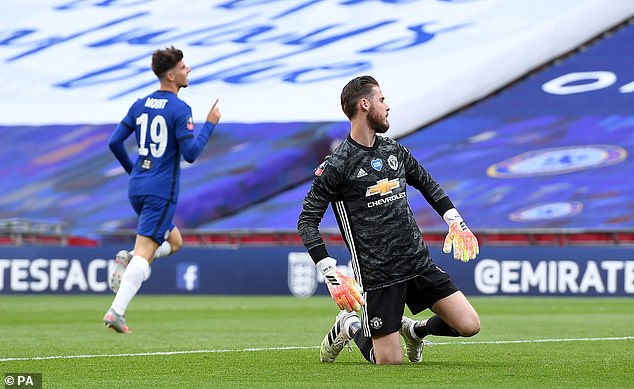 The Spaniard should have been able to keep Mount’s effort out, but he was unable to do so and was left devastated by his error.

De Gea, who was making his first appearance in the FA Cup this season, has received much criticism for his form this campaign.

One United fan wrote on Twitter: ‘De Gea thanks for the memories but your time is over’ and posted a picture of Dean Henderson, who has impressed on loan at Sheffield United.

Another United fan suggested that Sergio Romero, who was on the bench, should have started instead.

View the best of the social reaction below.

Fixture congestion: Will Nations League before Premier League have an affect?

Neville pinpoints two ruthless Solskjaer decisions which proved he could manage Man Utd
Chelsea player ratings: Two stars get 9 as Blues book FA Cup final place with Arsenal
Best News
Recent Posts
This website uses cookies to improve your user experience and to provide you with advertisements that are relevant to your interests. By continuing to browse the site you are agreeing to our use of cookies.Ok