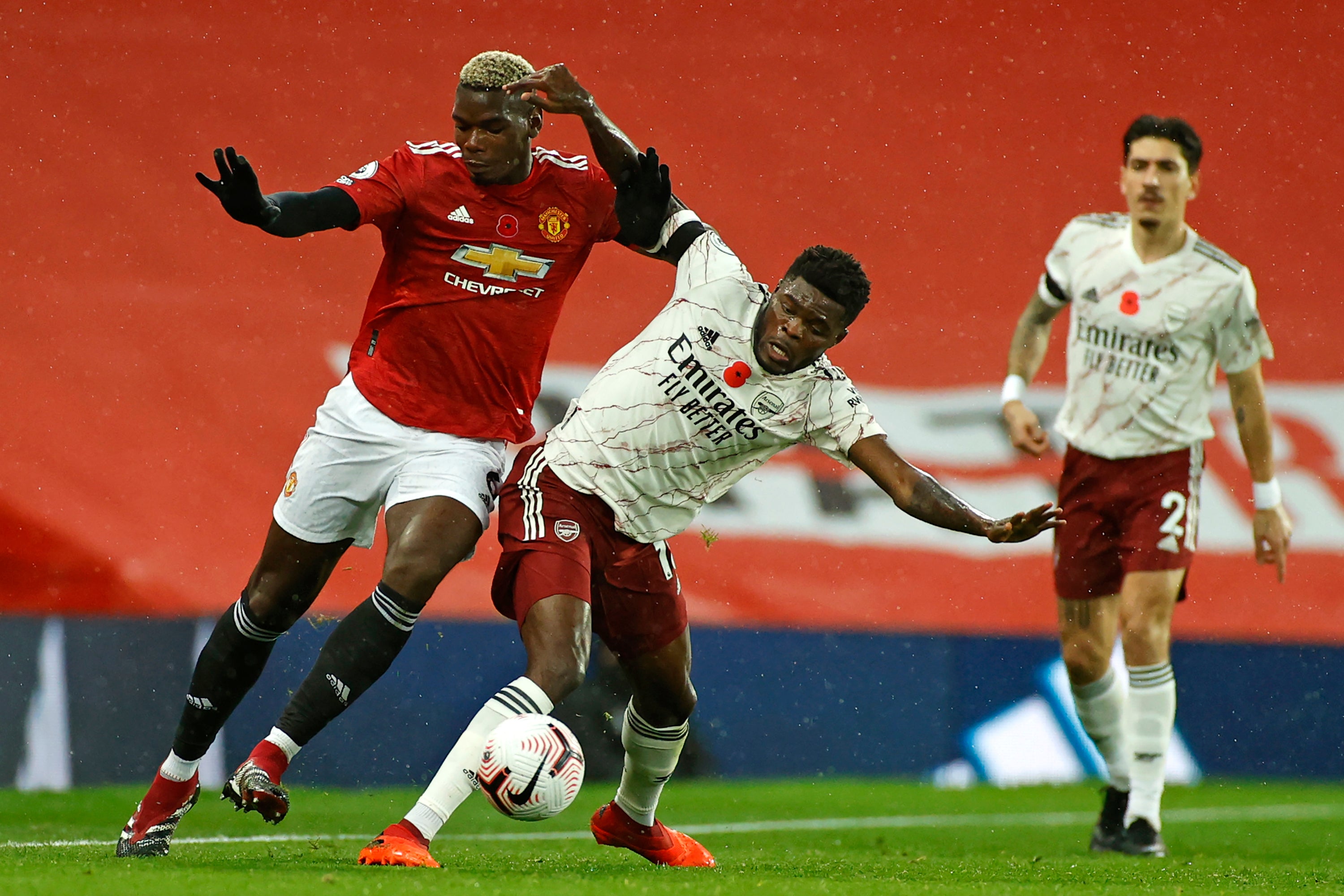 Paul Pogba started for United in the top flight for the first time since the 6-1 defeat by Tottenham in what was the biggest news item before kick-off.

All eyes were on the World Cup winner at Old Trafford, and it ended up being a bit of a classic ‘United Pogba’ performance from the Frenchman – that is to say, fairly muted. Or, it was, until he naively gave away a penalty by fouling Hector Bellerin in a key moment in the second half.

The expectation for Pogba to single-handedly determine the outcome of a game is a somewhat unfair one, but he did it here. Just in the wrong way.

Van de Beek still out in the cold

Pogba’s inclusion, it could be argued, came at the expense of Donny van de Beek.

Of course, Van de Beek has not had enough game time for United to establish his best position in the Ole Gunnar Solskjaer’s midfield, but it felt as though the Dutchman’s absence was related to Pogba’s presence.

Who knows whether the former Ajax man would have drastically altered United’s fortunes and been able to break down the opposition had he started, but at some point we’ll have to find out, surely? When Nemanja Matic replaced McTominay shortly after the hour mark, Solskjaer seemingly further revealed his apathy towards Van de Beek. Sure, that was a like-for-like change, but a brave move would have involved the new signing.

The Dutchman did come on for Bruno Fernandes later in the half, but by then his team had already fallen behind and his task was greater.

Partey at home, even away

Yes, another point around a midfielder, but it’s worth making: Thomas Partey already looks so comfortable and confident at Arsenal.

The Ghana international has impressed in each of his outings since joining the Gunners, and his role in Arsenal’s early pressing success did not go unnoticed at Old Trafford.

But it wasn’t just his work-rate and discipline that stood out; in one eye-catching moment in the first half, the midfielder surged forward and pulled off a sly nutmeg as he bore down on the United box.

As Arsenal continue their evolution under Arteta, Partey will no doubt be a key figure.

Chelsea: Why Frank Lampard is stuck with struggling Kepa Arrizabalaga whether he likes it or not

Jamie Redknapp hails Arsenal star who was ‘best player on the pitch’ in Man Utd win
Paul Pogba laments "stupid mistake" which cost Man Utd against Arsenal
Best News
Recent Posts
This website uses cookies to improve your user experience and to provide you with advertisements that are relevant to your interests. By continuing to browse the site you are agreeing to our use of cookies.Ok