Manchester United have regularly been linked with holding midfielders. From Declan Rice, Wilfred Ndidi and Sean Longstaff of the Premier League to many more overseas.

Now it appears Ole Gunnar Solskjaer can instead save his money for a glamorous centre forward or flying winger like Jadon Sancho.

Scott McTominay has a new deal and this week Nemanja Matic signed a contract that will keep him at Old Trafford until 2023 – completing one of the best comeback stories of recent times. 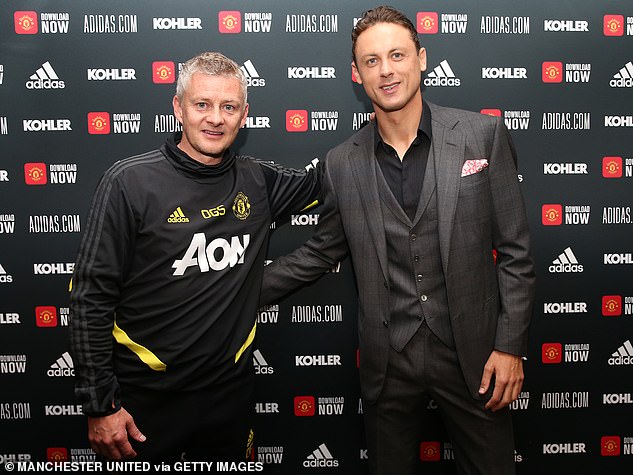 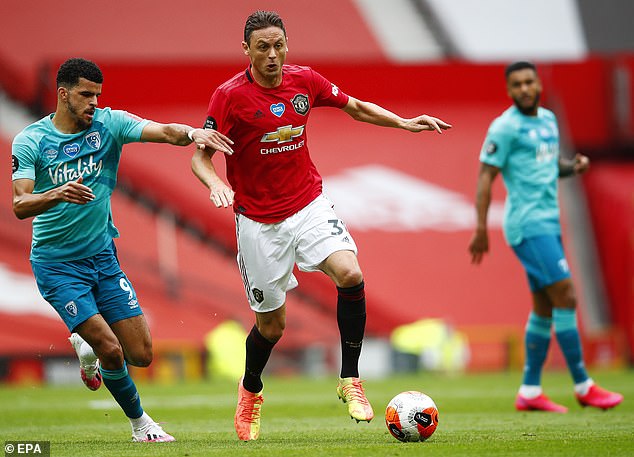 A £40million flop who once symbolised United’s post-Fergie decline, the Serbian is now part of a bright future under Ole Gunnar Solskjaer.

Matic has played in 12 of United’s current 17-game unbeaten run, providing the defensive insurance to allow Bruno Fernandes and Mason Greenwood to flourish.

But it wasn’t that long ago he seemed certain to leave Old Trafford. Signed by Jose Mourinho, he was considered slow and sluggish by fans who assumed he’d follow the Special One out the door when he was sacked in December 2018 with United already 19 points off the top.

Solskjaer promised a new way based on speed and youthful energy, and it seemed hard to see where Matic would fit into that.

How wrong that theory has been. Matic is now on the team sheet ahead of £52million Brazilian Fred and the highly-regarded McTominay.

While United could have let Matic’s contract run out, Solskjaer has been bullish throughout 2020 in keeping him.

‘I know his experience, professionalism and leadership is invaluable to this young talented group,’ says the United manager.

‘He really understands the values of playing for Manchester United. He remains hugely ambitious and determined.’

So reports of Matic’s demise were greatly exaggerated and he remains at United, still the last player to have won a Premier League title, with Chelsea in 2015.

When he joined United, he looked an identikit Mourinho buy, big and strong. In 2017-18, he played 36 of the 38 Premier League games with United as they finished second in the Premier League, before heading to Russia to play in the World Cup. 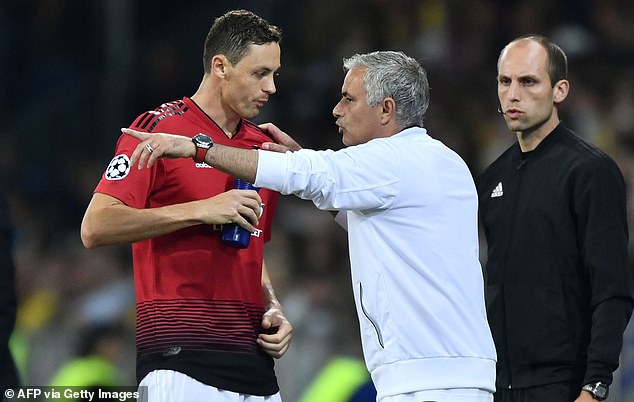 Yet things weren’t all plain-sailing. United fans felt the team was too negative when Matic and McTominay played together and let their feelings be known.

Fred and McTominay were ahead of him in the team in the first half of this season. Matic still seemed burned out from going to the World Cup and struggled with a groin problem.

He made only four starts this season before December – and United scored only twice in those games against Leicester, Astana, West Ham and AZ Alkmaar. 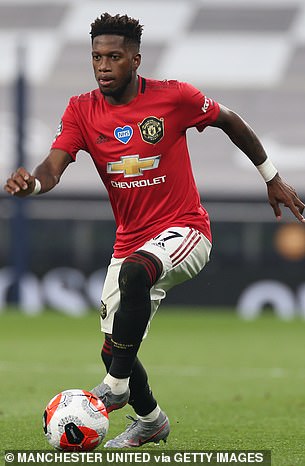 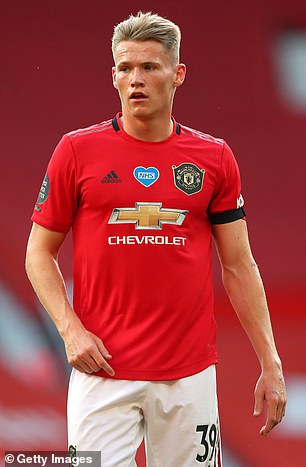 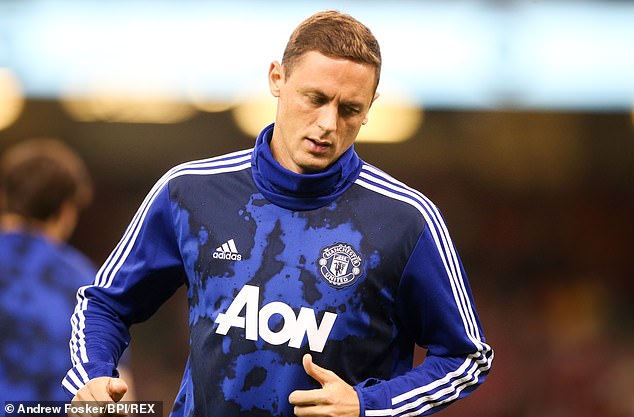 Matic has had to bide his time this season, making just four starts before December

The turning point came in the final match of 2019, away to Burnley. Worried about the physical capabilities of Sean Dyche’s side, Solskjaer drafted in Matic and he protected the defence admirably in a 2-0 United win.

He’s grown in confidence and fitness since. His outstanding goal in the League Cup semi-final second leg at Manchester City in January proved the winner on the night and United felt they would have won the tie had the Serbian not been dismissed towards the end.

Solskjaer didn’t blame Matic for the red card, storming: ‘It was never a sending off. An absolute joke.’ And Matic has been a cornerstone of the team before and after lockdown.

He has always viewed his role as an elder statesman in a talented young United team. Quiet and polite in interviews, he is vocal in training which Solskjaer likes. 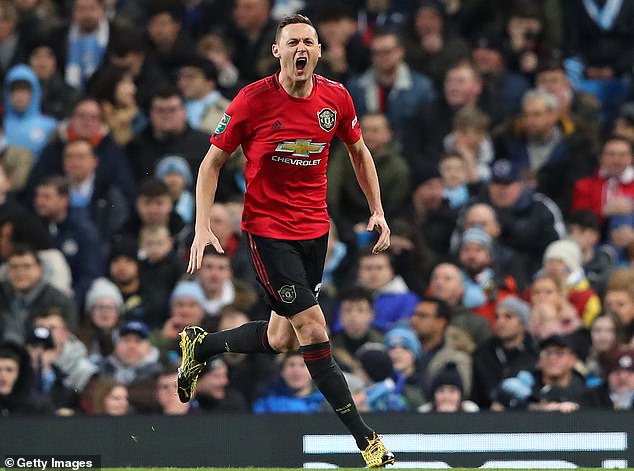 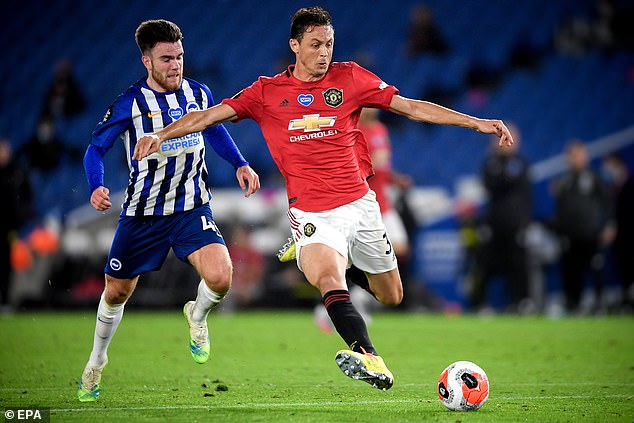 ‘Quality and experience bring you the title I think,’ he says. ‘At Chelsea we had young talents like Eden Hazard but also John Terry and Branislav Ivanovic. There was a mix.

‘Last season hurt me. When I went home I always looked in the mirror to see where I could do better. Of course I was not happy. There were some games I didn’t perform the way I wanted. This is football.’

Regular games has got rid of the rustiness Matic suffered from in the early part of the season. He isn’t sluggish any more – there is a spring in his step.

Craig Gordon set for Scotland recall ahead of crucial triple-header

West Ham vs Burnley result: Hammers’ survival hopes take a hit as Jay Rodriguez heads visitors to victory
Championship highlights and round-up: West Brom leapfrog Leeds into top spot, Swansea win
Best News
Recent Posts
This website uses cookies to improve your user experience and to provide you with advertisements that are relevant to your interests. By continuing to browse the site you are agreeing to our use of cookies.Ok