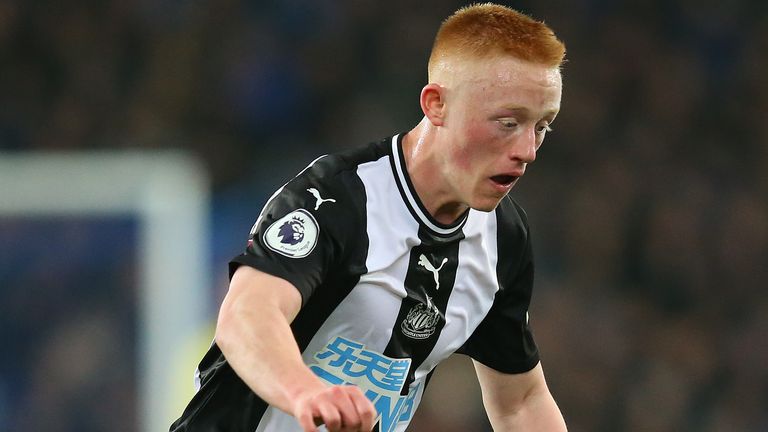 Matty Longstaff has signed a new two-year contract at Newcastle, the club have confirmed.

The 20-year-old academy product, and younger brother of fellow midfielder Sean, made 15 appearances in all competitions for the club in his breakthrough 2019/20 campaign.

Sky Sports News revealed earlier this week that Magpies boss Steve Bruce had persuaded Longstaff to remain at St James’ Park, despite serious interest in the midfielder from other Premier League clubs and abroad.

On committing his future to Newcastle, Longstaff said: “I’m delighted to have signed. It took a bit longer than I’d hoped but I’m really happy it’s done now, and I can’t wait to get back to playing at a full St. James’ Park hopefully soon.

Jack Charlton to be honoured with a special postmark

Spanish papers laud Sevilla for their latest European triumph
Gabriel Magalhaes latest as Arsenal increase bid to see off Man Utd and Napoli
Best News
Recent Posts
This website uses cookies to improve your user experience and to provide you with advertisements that are relevant to your interests. By continuing to browse the site you are agreeing to our use of cookies.Ok