There was defeatism in Unai Emery’s tone, a sort of shrugging of the shoulders and a sense it was all too much and had gone too far to change.

As he discussed what went wrong during his spell at Arsenal, the central theme was a lack of “100% implicación” – commitment – from the squad.

Leaders left the club and leeches were spreading a bad influence. There was chaos instead of control, division instead of uniting under clear disciplines.

He felt unprotected and, at times, helpless.

“Some players had a mentality that says one day ‘yes’, one day ‘no’, when in football it has to be ‘yes’, ‘yes’, ‘yes’ every day,” Emery told The Guardian in May, five months after his sacking at the Emirates.

“We lacked that little extra to get through a lot of games in those final weeks. If your application and commitment falls below 100%, you can lose, and that’s what happened. All the leaders went, which makes the dressing room something else.”

Arteta inherited that ‘something else’ a month after Emery’s exit, but has refused to stomach it.

There remain a lot of structural conundrums at Arsenal, but this is an area the manager can and has to own.

Arteta has made resetting the working environment at Arsenal a priority and it was interesting that in his assessment of Jurgen Klopp’s Liverpool, whom Arsenal host tonight, the first factor he circled was “it took them some time to create a new culture.”

The Premier League champions credit the mentality the German demanded from day one as the bedrock for much their success.

Arteta is aware it’s flimsy to build any long-term template without first addressing the state of play at the training complex and remedying any stepping out of line.

And so early on, he set the tone with this directive: “You have to be ruthless, consistent and fit every day the culture of the club to create a winning mentality.

“They have to accept a different process of thinking. I want everyone at the club with the same mindset. We have to build a culture that has to sustain the rest. If we don’t have the right culture then the tree is going to shake.

“My job is to convince everyone that this is how we are going to live and if you want to be part of this organisation then it is on these terms and in this way.”

Matteo Guendouzi and Mesut Ozil are two players that have discovered the 38-year-old wasn’t just talking a good game, but is dedicated to a non-negotiable code of conduct at the club.

The former was first dropped after following a heated exchange with the Basque and his coaching staff during the club’s training camp in Dubai in February.

The 21-year-old was then omitted from Arsenal’s squad to face Southampton after his clash with Brighton’s Neal Maupay, grabbing the striker by the throat.

Guendouzi did himself no favours by showing up late for a follow-up meeting with Arteta and technical director Edu and has been training alone since.

When addressing these “internal issues” as he termed it, the manager reminded: “Players that respect the values we want to implement, that are 100% committed to our culture, and players that are accountable every day for what we demand from them are welcome.

“Players that are ready to help each other, fight for each other and enjoy playing together. That is what I mean by being in the boat. If you behave like this every day you are very, very welcome here and we want to get the best out of you and help you to enjoy your profession with us. 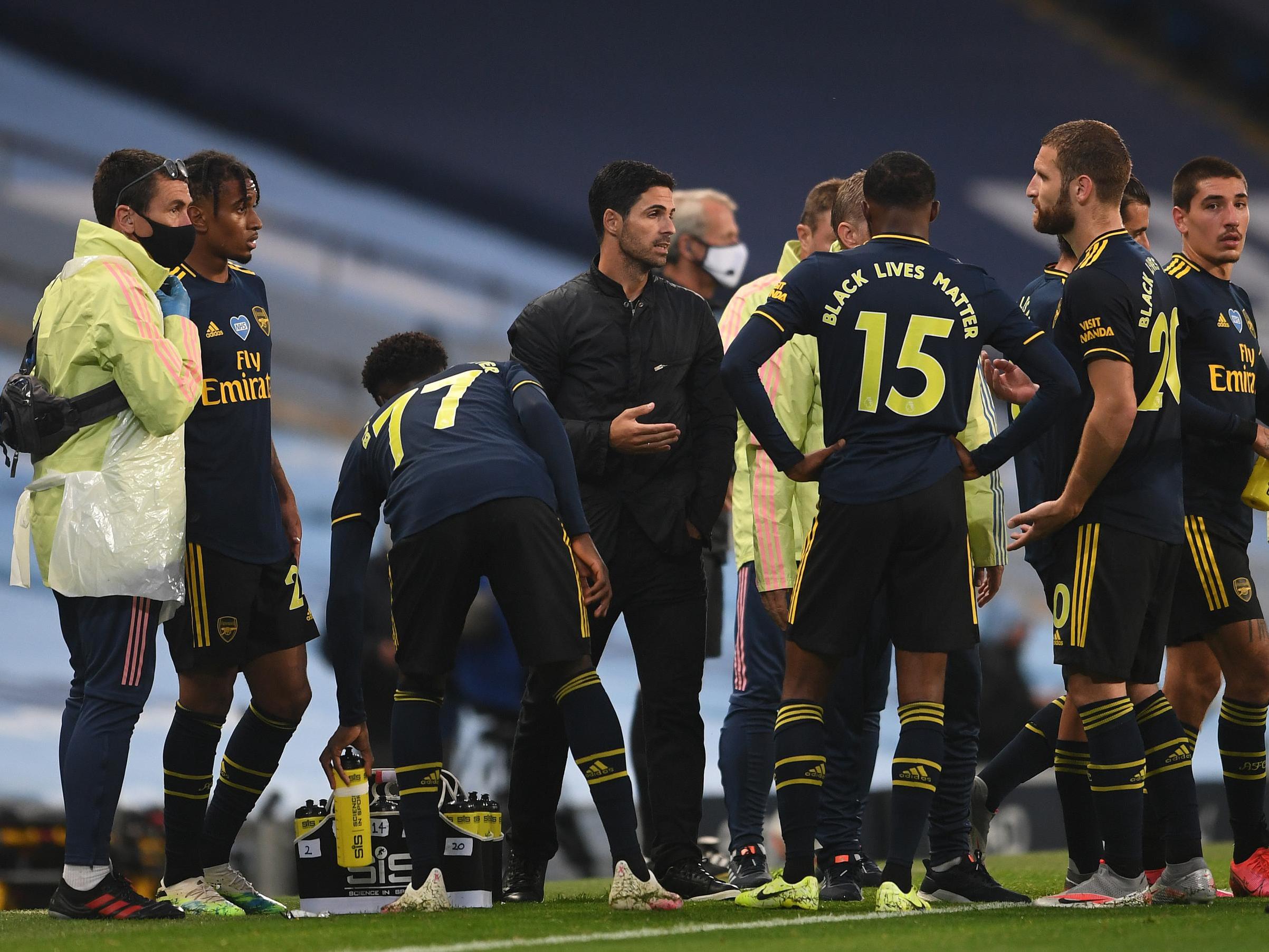 “You see that in every reaction of the player. What time he comes into training, how he comes, how ready he is, the way he communicates, the energy he brings in, the way he transmits his feelings to his teammates, the way he reacts to certain things, the way he behaves in training, during games. There are a lot of things we can pick up.”

Arteta’s willingness to course correct from the off is as necessary as implanting his philosophy on the squad. One of Alex Ferguson’s key tenets was that “if the players decided how the training should be, what days they should have off, what the discipline should be, and what the tactics should be—then Manchester United would not be the Manchester United we know.

“There are occasions when you have to ask yourself whether certain players are affecting the dressing-room atmosphere, the performance of the team, and your control of the players and staff. If they are, you have to cut the cord. There is absolutely no other way. It doesn’t matter if the person is the best player in the world. The long-term view of the club is more important than any individual.”

Arteta has a colossal job in trying to reconstruct Arsenal as Champions League regulars again, but his hardline stance is an encouraging sign.

There are others: the team have been better in transition, defeats to Manchester City and Brighton are the only big blotches since the turn of the year, the club’s record at the Emirates is solid and they have an FA Cup semi-final to look forward to.

Taking into account results since his appointment, the North Londoners are sixth in the standings – a point behind Wolves and Chelsea, while being ahead of rivals Tottenham.

Arteta sounded envious of the support – especially in terms of recruitment – Klopp received at Liverpool through his rebuild.

He pinpointed their recruitment “with specificity for every position that was required,” which sounded as much a message to head of football Raul Sanllehi and Edu, the technical director, as it was an appraisal of the opposition.

Untangling the lack of cohesion and clarity behind the scenes will be on Arteta’s to-do list, but at least he’s struck off not accepting less than “100% implicación.”

Sancho WILL join Man Utd if they qualify for Champions League
Arsenal 'will have to pay £23m if they want to sign Dani Ceballos'
Best News
Recent Posts
This website uses cookies to improve your user experience and to provide you with advertisements that are relevant to your interests. By continuing to browse the site you are agreeing to our use of cookies.Ok