Arsenal boss Mikel Arteta has opened up on when he expects Thomas Partey to be available for selection again after the midfielder was ruled out of Sunday’s game against Leeds. Partey was forced off at half-time in the recent 3-0 defeat to Aston Villa with a thigh injury.

The knock prevented him from meeting up with Ghana during the international break as he began his rehabilitation at Arsenal.

Arteta was evasive when asked about Partey’s injury straight after the defeat to Villa, insisting they wouldn’t know the full extent until after an assessment.

But it appears as though the injury is worse than feared as he’s been unable to recover in time to play this weekend.

With Mohamed Elneny also unavailable after testing positive for coronavirus, Arteta is short of options in midfield.

JUST IN: Arteta’s reaction to Arsenal training clash between Ceballos and Luiz 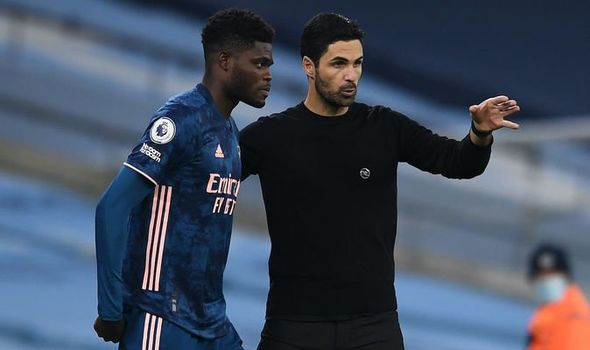 Granit Xhaka is the most likely replacement for Partey, while Dani Ceballos could also come in.

Arsenal face another busy set of fixtures over the next month with six games in 18 days.

That’s only going to get tougher over the festive period and Arteta admits he won’t be looking to rush Partey back too soon.

“He [Partey] had an injury very early in the [Aston Villa] game, he wanted to continue the second half.

How Arsenal could line up after Dominik Szoboszlai and Aouar transfers

“We knew it was a significant injury. 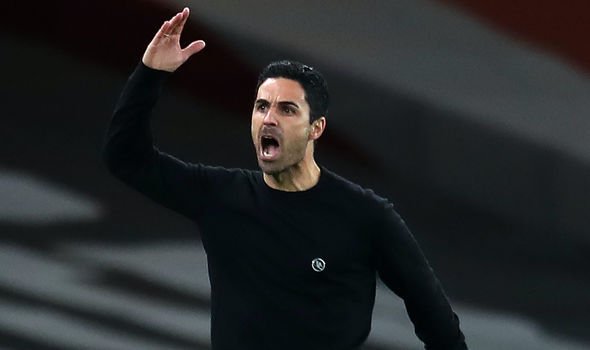 Arsenal will be looking to get back to winning ways this weekend having lost three of their last four league matches.

Goals have been hard to come by for Arteta’s side with Pierre-Emerick Aubameyang struggling to find his top form.

But they come up against a Leeds side with the joint-worst defensive record in the Premier League.

Paul Merson fears Arsenal summer signing is 'lost' under Mike Arteta
Liverpool vs Leicester: Will the leaders attack the weakened champions?
Best News
Recent Posts
This website uses cookies to improve your user experience and to provide you with advertisements that are relevant to your interests. By continuing to browse the site you are agreeing to our use of cookies.Ok