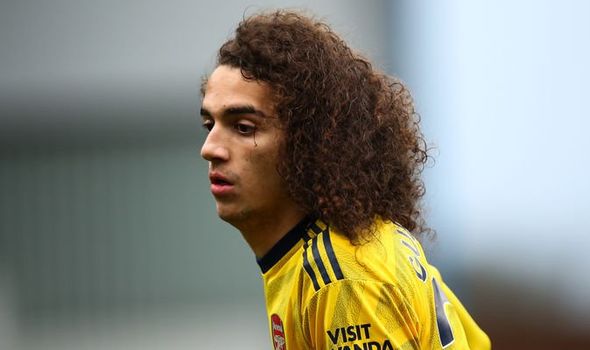 Arsenal midfielder Matteo Guendouzi is headed for the Emirates exit door this summer, believes former striker Kevin Campbell. The 21-year-old has found himself having become an outcast from Mikel Arteta’s first-team squad, training alone away from his team-mates.

Guendouzi has not played in any of the Gunners’ last six Premier League and FA Cup matches since playing the full 90 minutes of a defeat to Brighton on June 20.

The Frenchman has not even made the match-day squad for any of those six matches, with Arteta and the former Lorient star having clashed over his antics in the loss to the Seagulls last month.

Arteta’s treatment of Guendouzi has raised question marks over his long-term future in north London.

And Campbell, who scored 60 times in 224 appearances for Arsenal, believes the France under-21 international is a goner. 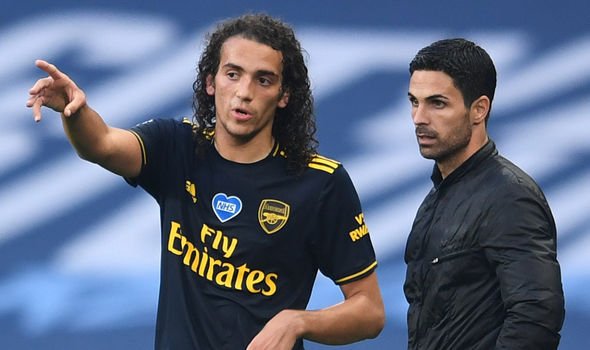 “I think that Guendouzi will leave the club this summer,” Campbell told Genting Bet.

“Arteta has come in he’s set a lot of disciplinary rules down. Guendouzi has fallen foul of those rules.

“I don’t think he’s the type of player who is going to knuckle down and that’s why he’s training alone.

“The writing is on the wall on this one, and I can’t see him coming back into the fold unless he changes his attitude.”

Arteta has been quiet publicly about Guendouzi with talks expected to be held between the two parties later this month to determine their next move.

With concerns over his attitude and behaviour, the Arsenal manager said simply last week: “No updates.”

Meanwhile Arsenal’s north London derby defeat to Tottenham at the weekend was a disappointing setback for Arteta and co – especially because of the repercussions it has for the Gunners’ chances of European qualification.

They are now four points adrift of the final Europa League spot with three games to go, with the visit of Liverpool to the Emirates next up on Wednesday night (8.15pm).

Assessing the Spaniard’s stint in charge so far, Campbell added: “Arteta came into a difficult situation but there has been some initial success.

“It’s a difficult situation, to define success by if you’ve won a trophy but I think the small battles he’s won are important.

“He’s improved the players, integrated some of the youngsters into the squad more successfully and the youngsters have responded to his coaching and to the message he sends out. 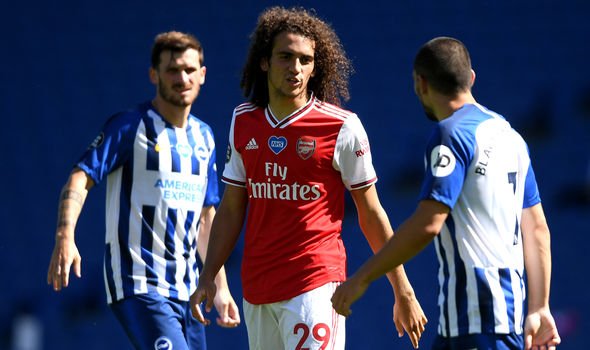 “Ultimately, his success is going to be judged on how Arsenal finish the season and how far they get in the FA Cup. So in that respect, yes it has had a level of success for sure.

“Arteta came into Arsenal halfway through the season and he’s made a good impact so far but the restart meant he had to rejig what he’s doing.

“The season has been elongated and we’ve seen Arsenal perform badly of late and then they had their four game run and now there’s another challenge to find out where the club will finish in the Premier League and where Arteta’s leadership will take the team.

“It’s still a process and fans are still seeing how the regime will work out under Arteta but I truly believe that Arteta needs to get into the transfer window and start moving and shaking.”

Pepe is struggling to deal with pressure in Arsenal "nightmare", claims Merson

Bring on Klopp and Mourinho! Guardiola in fighting mood after Man City verdict
Soares reveals he turned down interest from elsewhere to join Arsenal
Best News
Recent Posts
This website uses cookies to improve your user experience and to provide you with advertisements that are relevant to your interests. By continuing to browse the site you are agreeing to our use of cookies.Ok