Milan 2-2 Verona: Zlatan Ibrahimovic misses another penalty before scoring stoppage-time equaliser as hosts fight back from two goals down

AC Milan forward Zlatan Ibrahimovic missed a penalty for the third time this season before scoring a stoppage-time equaliser as the Serie A leaders hit back to draw 2-2 at home to Verona on Sunday.

The 39-year-old sent a wild spot kick flying over the bar in the 66th minute but, not to be denied, headed the equaliser in the third minute of stoppage time, two minutes after Milan had a goal chalked off by VAR.

The win kept Milan unbeaten in the league this season with 17 points from seven games, two ahead of Sassuolo with Napoli and Roma on 14. 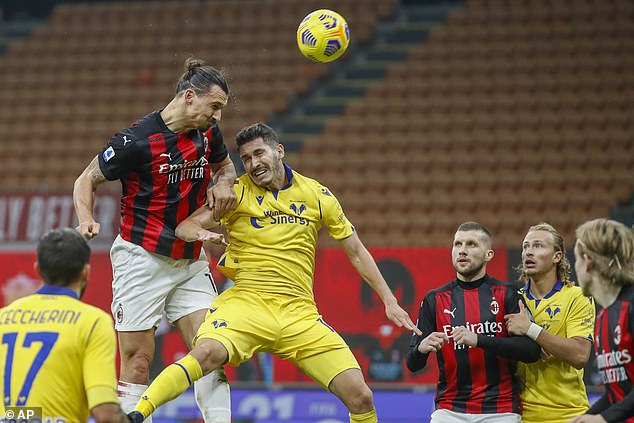 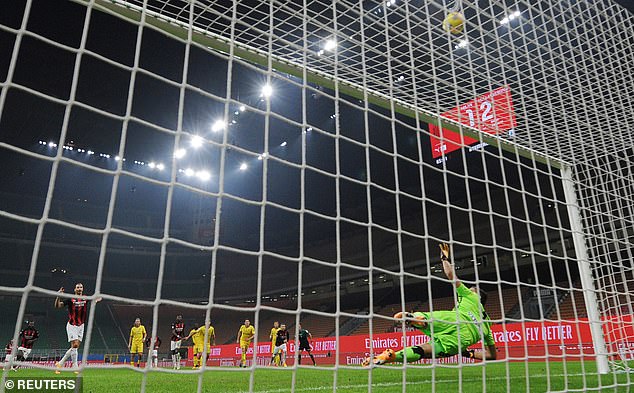 Beaten 3-0 at home by Lille in the Europa League on Thursday, Milan went behind after six minutes as Federico Ceccherini headed against the crossbar, the ball struck goalkeeper Gianluigi Donnarumma and Antonin Barak turned in the rebound.

It got worse for Milan in the 19th minute when Mattia Zaccagni’s volley was diverted into his own net by Milan defender Davide Calabria for Verona’s second.

Giangiacomo Magnani deflected Franck Kessie’s header into his own goal to put Milan back in the game in the 27th minute and set up an enthralling second half, with Verona goalkeeper Marco Silvestri in the thick of the action. 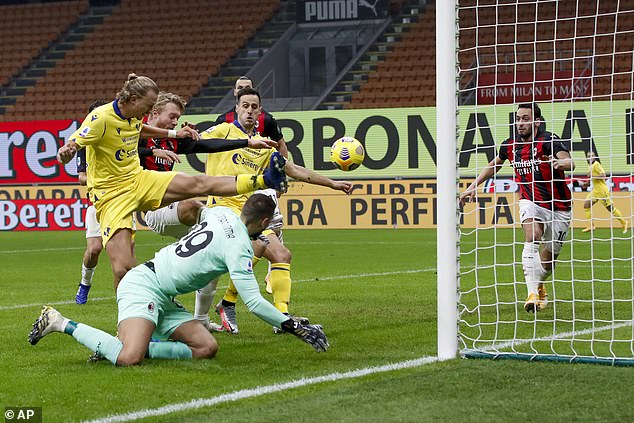 Silvestri made a superb save at his near post to deny Theo Hernandez, then watched as Ibrahimovic missed his penalty.

As Milan continued to pour forward, Ibrahimovic headed against the bar and had a close-range header brilliantly saved by Silvestri.

Calabria had the ball in the net in the 90th minute but VAR spotted a handball by Ibrahimovic and it was disallowed.

Silvestri saved yet another Ibrahimovic header but Brahim Diaz turned the ball back into the centre and the Swede this time headed into the net for his eighth league goal of the season. 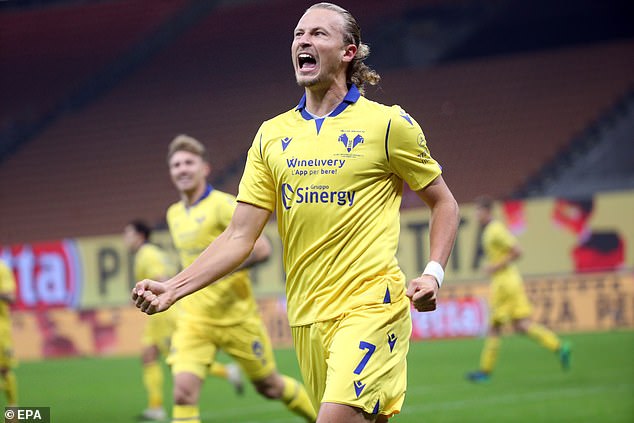 Bale spotted icing his ankle in injury worry for Tottenham and Wales
La Liga round-up: Real Madrid beaten 4-1 by Valencia as Carlos Soler scores hat-trick of penalties
Best News
Recent Posts
This website uses cookies to improve your user experience and to provide you with advertisements that are relevant to your interests. By continuing to browse the site you are agreeing to our use of cookies.Ok