Borussia Monchengladbach’s ultras have refused the chance to support their team from the stands because of new ‘hygiene measures’ that will be imposed at German stadiums.

Gladbach are hoping to welcome back over 300 fans for their first home game of the Bundesliga season against Union Berlin on September 26, as German football looks to return to some sense of normality following the outbreak of the coronavirus.

Should they get the green light, it will be the first time since March that supporters will be able to watch the action live from Borussia-Park. 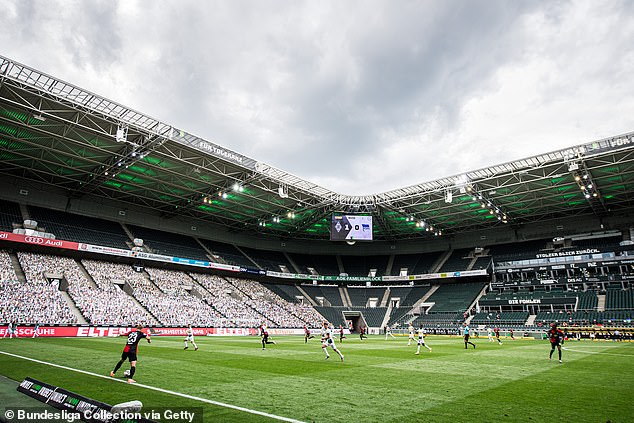 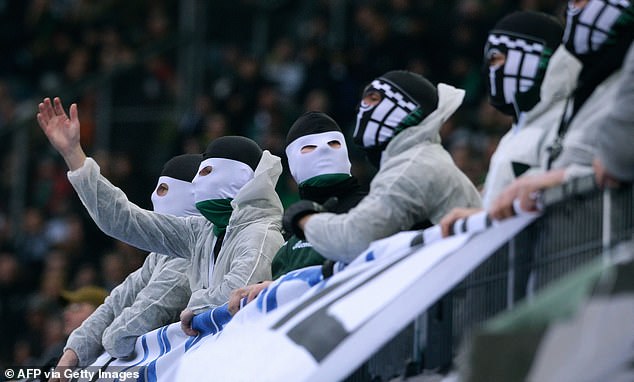 However, Gladbach’s group of ultras say they will not be making a return any time soon

However, the opportunity of a return has been rejected by the club’s most passionate set of supporters, who insist the new social distancing regulations would ruin their sense of ‘community, confinement and chaos’ that they thrive on at games.

A statement on the ultra’s homepage read: ‘We understand the meaning and necessity of these measures.

‘At the same time, we do not think that a visit to the stadium, under those hygiene measures, is what we imagine fan culture to be.

‘Fan culture thrives on community, confinement, chaos, spontaneity and freedom – things that are definitely not possible in view of distance regulations, personalized seats and strict regulation.

‘We will therefore not attend the future games until the state of pre-Corona has been restored to the stands.’ 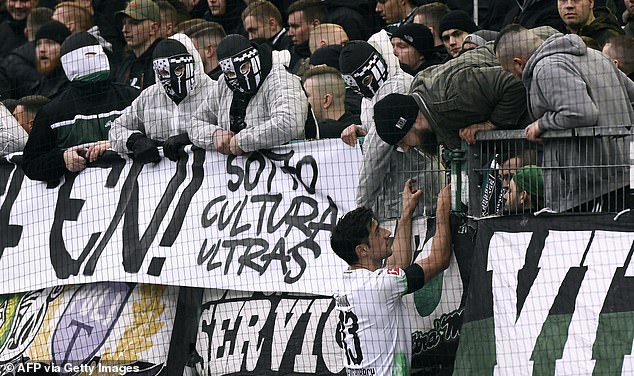 The idea of getting stadiums partially filled was put forward by German Football League (DFL) CEO Christian Seifert last month, who said the possibility of getting fans back in stadiums depended solely on political leaders giving the go ahead.

‘If and when fans will return to the stadiums is not a decision for the DFL but for the political leaders,’ Seifert told in August.

‘The DFL does not expect or demand anything but we are preparing to take this small step (with fans in stadiums) when the time comes.

‘Priority is not full stadiums but the health situation. We should not take unnecessary risks but we should also not capitulate and just expect it to go away.’

Carragher highlights same Chelsea mistake he saw during Liverpool days
Arsenal target Runar Alex calls Arsene Wenger a 'French f**k' in deleted tweets
Best News
Recent Posts
This website uses cookies to improve your user experience and to provide you with advertisements that are relevant to your interests. By continuing to browse the site you are agreeing to our use of cookies.Ok