The government has pledged to provide a financial support package for National League teams to ensure they can go begin the 2020/21 season without fans, according to an email sent by the league’s chief executive to all clubs.

With the new campaign due to get underway this weekend, clubs across the National League, National League North and National League South fear that the decision to scrap the return of fans from 1 October will leave many facing complete collapse, with lower-league football on the cusp of a financial crisis that will leave a lasting imprint on the sport.

Talks were held on Tuesday over how the Premier League can support the lower tiers, but a potential lifeline arrived in the form of a government pledge to provide financial support that will help to make up the losses generated from the absence of fans at stadia this season.

The BBC initially reported that an email sent from National League chief executive Michael Tattersall assured that the Department of Digital, Culture, Media and Sport (DCMS) are “working at pace” to find a solution, which will see “a package of support that will give the National League the reassurance it needs”.

The email added: “This will include grants to cover essential revenue lost from fans not returning on 1 October as planned.”

The government has faced a strong backlash to the decision to scrap the return of fans from Thursday, with sport across the country in desperate need of financial help after more than six months without any gate revenue to rely on. Some clubs plan to hold socially-distanced TV screenings at clubhouses this weekend where any view of the pitch will be blacked out in order to comply with the current restrictions, which has led to further criticism of the complete block on fan attendance.

The offer added that “the government recognises the immediate pressure National League clubs are under in respect of starting their season and are committed to play resuming in a viable way”.

No financial offer has yet been communicated to the National League, though it’s understood that a sum between £2m and £3m would enable the three divisions can go ahead as planned, and it would also ensure clubs can feature in the FA Cup due to the contract bonuses that would need to be paid out to players based on appearance fees.

The development followed a Premier League meeting in which clubs did not fully discuss how they will help lower-league opponents beyond paying for coronavirus testing, despite reports suggesting otherwise. 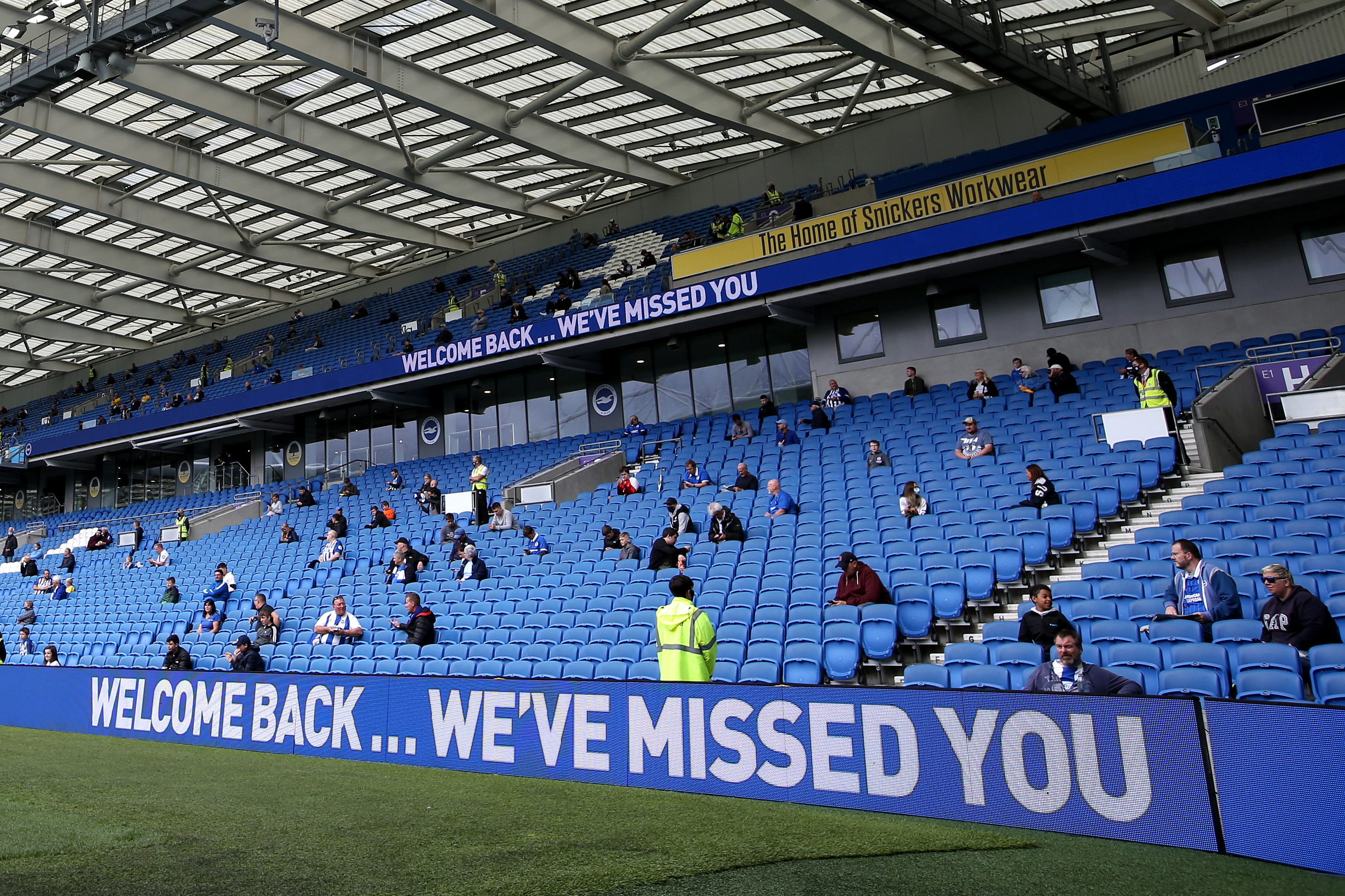 Brighton and Hove Albion chief executive Paul Barber said that claims of a decision that no help would be offered was “not true at all”, but urged the government to press on with a plan to return matchday attendance as it will be the best way of generating revenue that can feed down the football ladder.

Having been targeted during the coronavirus pandemic for how clubs were paying players, staff and donating to the NHS, Barber said that the top-flight sides are “being hit from all directions” and need the money from ticket sales if they are to be in a position to help others.

A £250m bail-out for clubs in the English Football League has been proposed, but the financial concerns across the 20 sides in the Premier League means that further talks will be required before any agreement is reached.

The south coast club held a successful pilot event last month for their pre-season game against Chelsea, but have seen plans to welcome back supporters shelved as a result of the tightening of coronavirus restrictions due to an increase in cases nationwide.

“On 30 August, we staged a pilot event. We had 2,500 people in our stadium for a friendly match against Chelsea, we put in place at great cost a huge amount of mitigation measures, as directed by the Sports Grounds Safety Authority and the Government. We complied with every single request,” Barber said on BBC Five Live. 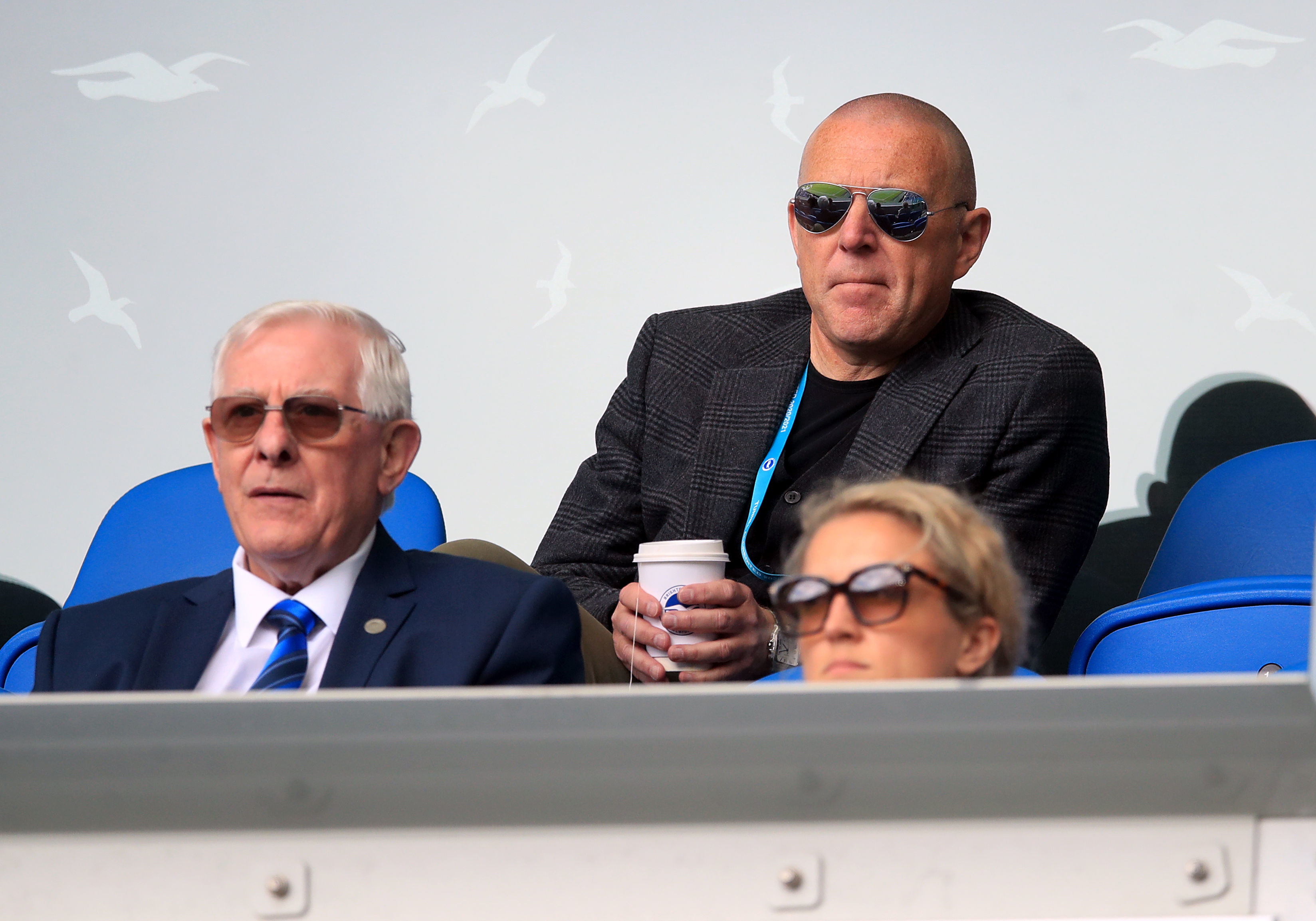 “We got overwhelming support from the fans that were in the stadium saying how safe they felt, how enjoyable it was for them to be back in the stadium, and now we’ve taken a gigantic step back.

“We’re being asked to support the football pyramid, but what we’re asking for is to be able to sustain our own businesses to put us in a better position to be able to do that.

“We think we can do it safely, we think that we can do it with people’s health absolutely paramount, but it’s absolutely vital that we’re able to sustain our own businesses if we are being asked to help others.”

He added: “We have not asked for any direct government support, most Premier League clubs have totally avoided the use of the furlough scheme, we have not benefited from government grants or loans.

“We have literally tried to stand on our own two feet while also helping the NHS and doing all we can in our community to help them through this very, very difficult time.

“We’re being hit here from all directions. We’re not being permitted to run our own businesses to generate our own income, we’re supporting where we can the government’s messages and everything else they’re asking us to do, but at the same time, we’re also being asked to help others.

“It doesn’t seem quite right. We’re simply asking to be able to put our businesses back in some kind of shape where we can actually sustain local jobs and continue to support where we can.”

Leyton Orient are told Tottenham tie will be CALLED OFF

Lionel Messi explains reasons behind Barcelona criticism and what comes next
Arsenal chief Edu set prompt Houssem Aouar transfer deadline by Lyon president Aulas
Best News
Recent Posts
This website uses cookies to improve your user experience and to provide you with advertisements that are relevant to your interests. By continuing to browse the site you are agreeing to our use of cookies.Ok