Chelsea supporters are divided over a potential home shirt design that has been leaked online ahead of the 2020/21 season. The proposed kit is a traditional royal blue and features a large logo from new official shirt partner Three.

The telecommunications company were announced as Chelsea’s lead sponsor for the upcoming season earlier this year, while Nike will once again manufacturer the club’s shirts.

A third kit and training top have already been leaked, while fans have now been offered a glimpse at what the Blues stars could be wearing for home matches next term.

According to footyheadlines.com, the strip is predominantly Chelsea Blue and boasts a black ‘Pride of London’ trim which also features on the shorts.

The front of the kit has a chevron design while Three are represented by their large white logo in the centre of the shirt. 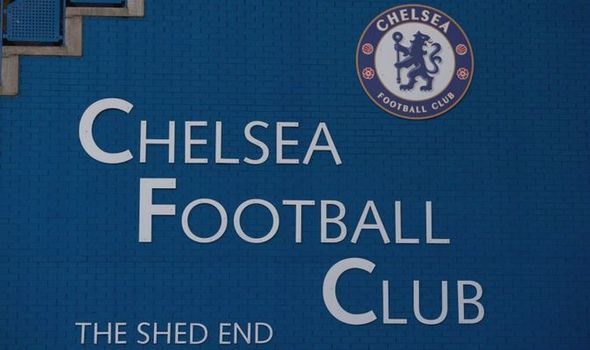 A ‘CFC’ emblem is present on the sleeve cuffs while Chelsea look set to play in white socks sporting the club crest.

The home, away and third kits will all be manufactured by Nike after a deal worth £900million was signed in 2016, with this agreement set to run for 15 years from the start of the 2017/18 campaign.

Blues fans are well accustomed to the global sportswear giant producing their strips, but the change of shirt sponsor may take some getting used to.

Three are replacing Yokohama Tires and the new sponsor logo has been branded an “eyesore” by one fan.

Some supporters have suggested it would be better to spell out the company name as opposed to using a number while others have taken exception to the logo size.

“Other than the massive 3, I like it. Surely it won’t be that big?” said one.

“Good kit, we just need to sort out the sponsor,” added another.

“Apart from the three logo, I like it too,” said one fan.

A supporter said: “Yes everything is perfect except for that fat 3 instead of ‘three’.”

“The 3 logo is just an eyesore” and “I rarely dislike our kits but that’s bang average” were other responses.

While it is safe to suggest Chelsea’s final home kit for next season is almost certain to be blue, predicting an away shirt colour is less easy.

White strips have been used in four of the past seven seasons but yellow and black kits have also featured prominently.

Meanwhile, the first suggestion of a leaked third kit was shared by footyheadlines.com last month showing a predominantly red kit with Blue stripes.

It looks set to be complemented by red shorts and blue socks, but is unlikely to be seen too often if Chelsea’s current black and orange effort is anything to go by.

Chelsea set to lose six players as Frank Lampard looks to accommodate Kai Havertz
Liverpool call fan gatherings ‘wholly unacceptable’ after large crowds gather in city for second night running
Best News
Recent Posts
This website uses cookies to improve your user experience and to provide you with advertisements that are relevant to your interests. By continuing to browse the site you are agreeing to our use of cookies.Ok