Steve Bruce has issued a fresh contract plea to Matty Longstaff as the Newcastle midfielder continues to put off signing a new deal with the club.

Longstaff, an academy graduate, broke into the Newcastle team earlier in the season, and on debut scored a memorable goal against Manchester United.

He’s been a regular in Bruce’s squads throughout the campaign, competing against his brother Sean, Jonjo Shelvey, Isaac Hayden and Nabil Bentaleb for a place in the starting XI.

But his contract with the Magpies will expire at the end of the season.

The midfielder has offers from Newcastle and clubs abroad but, after weeks of speculation, is yet to make a decision.

Since the restart of English football, Longstaff has made just two substitute appearances, leading to claims he’s being excluded from the team as a result of his contract situation. 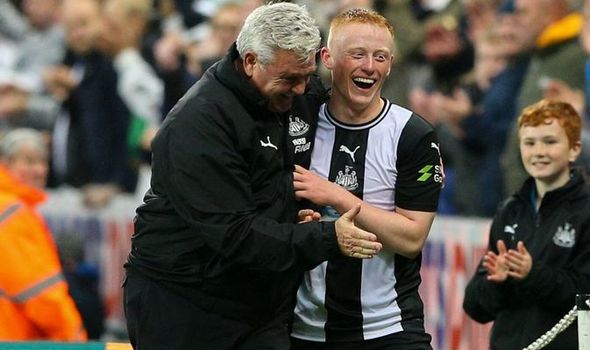 But speaking ahead of Newcastle’s clash with Tottenham on Wednesday, Bruce dismissed any suggestion that he’s deliberately excluding Longstaff and called on the 20-year-old to commit himself to St James’ Park.

“This debate that I’m not putting Matty in the team simply because of his contract, it’s not true,” he said.

“We’d all like Matty to stay and get things resolved, but the ball’s in his court. But I’m certainly not picking a team with that in mind.

“I gave the kid his debut. He’s had a thigh injury, unfortunately, when he came back from lockdown, which was a pretty severe one. 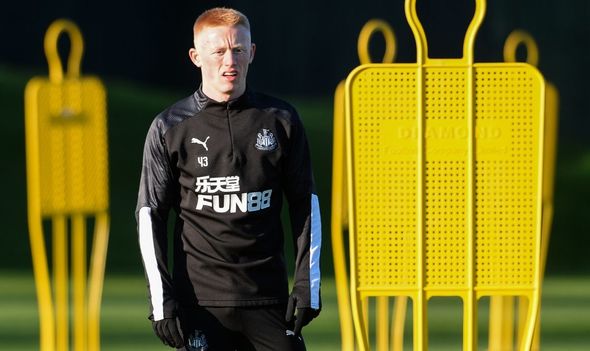 “I’ve treated him the way it should be. We’ve made him a huge offer, it’s up to the boy to commit himself.

“I’m not not picking him because he hasn’t signed a contract. We think a lot of Matty.”

Bruce also used his press conference to once again call for clarity about the ongoing takeover of the club.

Some reports have claimed a decision could be announced on Friday.

And Bruce is keen for the matter to be concluded one way or another.

Bruce said: “We need all need clarity on that. I do, the club does, everybody does.

“We can then all take stock on that if that happens.

“If it doesn’t we just have to prepare the best we possibly can.”

Liverpool backroom staff’s private view on Roberto Firmino emerges amid home goal struggle
Liverpool manager Jurgen Klopp delivers verdict on Man City Champions League ban decision
Best News
Recent Posts
This website uses cookies to improve your user experience and to provide you with advertisements that are relevant to your interests. By continuing to browse the site you are agreeing to our use of cookies.Ok