Newcastle owner Mike Ashley has brought in one of his chief negotiators to assist in matters as a contingency plan should the proposed £300million takeover of the club fall through. It is nearly three months since Ashley agreed to sell the club to a consortium led by the Saudi Public Investment Fund and including Amanda Staveley and the Reuben brothers.

But there has been no decision from the Premier League over whether the deal has been approved.

Premier League chief Richard Masters said last week that a decision would be made ‘shortly’.

However, the delay has sparked concern that the buyers will not get the green light to proceed.

As a result, the Shields Gazette says Ashley has been forced to get involved again in issues concerning the club. 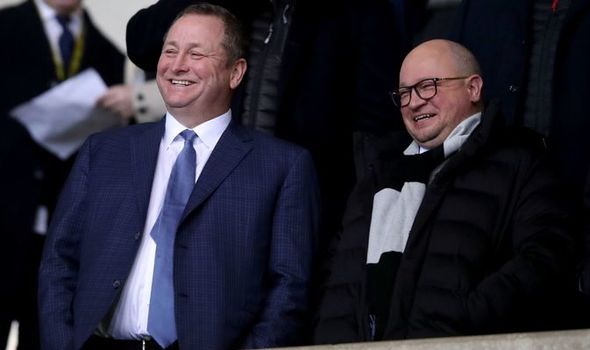 The report says Ashley’s ‘close associate’ Justin Barnes, who was part of the takeover negotiations with Staveley, was at St James’ Park for the 2-2 draw with West Ham on Sunday.

Ashley was prepared to leave club decisions to the buyers but Barnes’ presence suggests the Magpies owner has had to take the reins once again.

Meanwhile, goalkeeper Freddie Woodman has been backed to be a success at Celtic if he joins the Scottish Premiership champions.

Woodman has been this season on loan at Championship side Swansea, where he has been an ever-present. 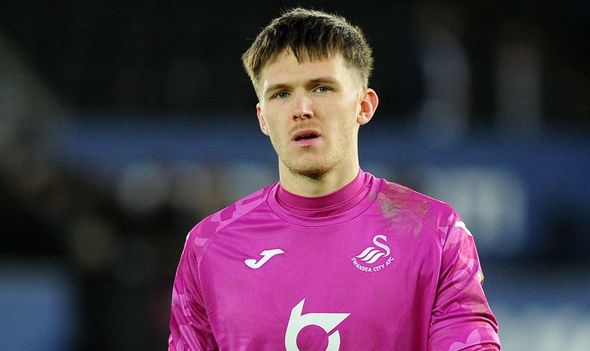 Last week, Newcastle announced the signing of Mark Gillespie, who will be the third-choice keeper behind Martin Dubravka and Karl Darlow.

The move has put Woodman’s future at the club in some doubt and led to speculation of a summer transfer to Celtic.

And his former goalkeeping coach at Kilmarnock, Billy Thomson, reckons the 23-year-old has the temperament to handle the pressure at Celtic Park.

“I think what really struck me about Freddie was that he was so down to earth,” Thomson told the Glasgow Times.

“He was really grounded, and he was on good money for a young kid.

“He went about his business, he trained really well, he wasn’t flashy or anything like that. He listened to what you had to say, and he wanted to learn.

“Plus, he was a talented boy. His kicking was good, his distribution and his handling too. He had a real enthusiasm for the game, and you could tell that he really wanted to make it. His general attitude was excellent. He was a good trainer, but he also liked a laugh and a carry on as we all did while working hard. You could see that this was a talented boy.

“He was very open to taking on pointers. He didn’t come up here and demand to play because he was on loan, he knew he had to work and show that he could do it. And he did that, he had a really good season.

“Having been here before, he will know what to expect if he does go to Celtic, and that should help him settle quickly. Rangers and Celtic are massive clubs, and sometimes people can handle it, and sometimes they can’t because of the expectations and what is demanded of them to win week-in, week-out from the fans and everyone else.

“If Celtic do come in for him, then I think that Freddie has the temperament to handle it. You need to have a strong mentality, and Freddie has that, no doubt about it.

“I think that players who come up here from down south are surprised. When Freddie went to places like Ibrox, Parkhead, Easter Road, Tynecastle and Pittodrie, I think his eyes were opened a bit by the great crowds and the great atmospheres.”

Man Utd player ratings: One star gets a 5 but Marcus Rashford shines in Crystal Palace win

Antonio Rudiger says he will miss Willian if he leaves Chelsea

What channel is Brighton vs Liverpool on? TV and live stream info for Premier League match
Arsenal reach Allan Saint-Maximin transfer conclusion after Newcastle star’s hint
Best News
Recent Posts
This website uses cookies to improve your user experience and to provide you with advertisements that are relevant to your interests. By continuing to browse the site you are agreeing to our use of cookies.Ok