After PSG’s Champions League win over RB Leipzig, there were rumours that Neymar would be banned for Sunday’s Champions League final with Bayern Munich. The Brazil international swapped shirts with Marcel Halstenberg, which wasn’t the best idea because of the coronavirus crisis. So will he be banned?

Fortunately for PSG, Neymar will be competing in Sunday’s Champions League final.

As per UEFA’s “Return to Play” guidelines, the players are supposed to follow certain regulations at this moment in time.

However, the instruction to not swap shirts is only a recommendation.

14.8 of the UEFA protocol says: “14.8. Shirt-swapping. Players are recommended to refrain from swapping their shirts.” 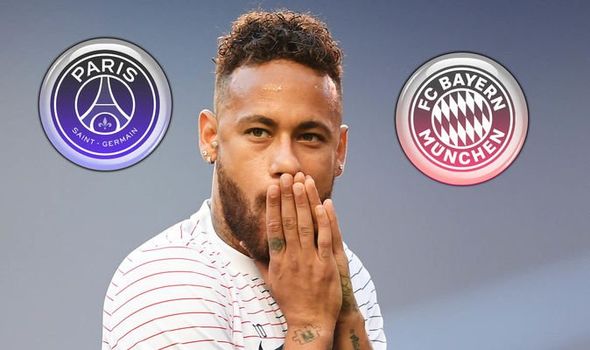 And that means Neymar will be lining up alongside Kylian Mbappe and Angel Di Maria as PSG look to win the Champions League for the first time in their history.

Everything for the Ligue 1 giants has been leading towards this moment, with the club’s Qatari owners bumping huge money into the club in the years since they took charge.

Bayern Munich won’t be easy opponents, however, with the Bundesliga giants winning their last 20 matches in a row across all competitions.

They also possess Robert Lewandowski, Europe’s top goalscorer who has struck a remarkable 55 times this season – from 46 matches.

And, speaking ahead of the match, pundit Danny Murphy expressed a belief that Neymar and Lewandowski couldn’t be more contrasting going into the game.

Writing in his Daily Mail column, he said: “Robert Lewandowski and Neymar are two world-class strikers but they could hardly be more different. What Lewandowski does is phenomenal. 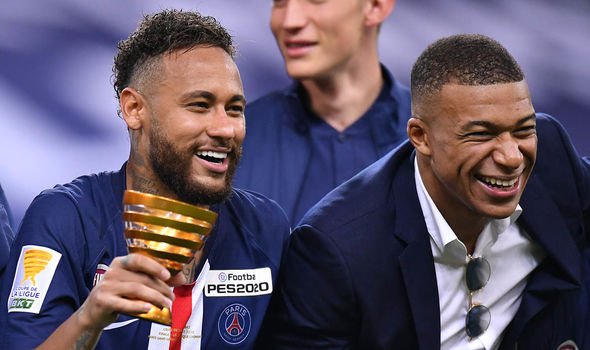 “He’s a real throwback to those old-school No 9s, the likes of Alan Shearer and Les Ferdinand. They link up play, hold the ball up and score lots of goals. Lewandowski is bloody good at it.

“He’s humble, he just goes about his business. He doesn’t court fame and, probably because of that, he doesn’t get the credit he deserves.

“Neymar on the other hand… well, he’s a world superstar.

“He has all the tricks, kids love watching him play, trying to copy him in the playground. Every time he gets the ball, even I get excited.

“I would rather watch him than Lewandowski. If I had to choose one to play with, I would pick Lewandowski if it was for an entire season, but Neymar for a cup final.”

“We always respect the opponents. It’s important to share information and details to my team, to give some solutions,” said Tuchel.

“We will do what we did in the past for every Champions League game, as well as in Ligue 1. Bayern have won their past 20 games.

“They are so strong with all of their individual qualities. They are very intense. They want to play, but there are always spaces to be found.

“It is so important to find a good mix between playing freely, being confident, and finding key situations and key spaces, and you can only do so if you are free-minded.

“This is why we won’t be adapting too much. In the end, it is not a game to change a lot of things. Maybe one or two positions, that’s it.”

Liverpool and Chelsea among five clubs that could rival Man Utd for Jadon Sancho next year
Sinisa Mihajlovic: Bologna manager tests positive for coronavirus
Best News
Recent Posts
This website uses cookies to improve your user experience and to provide you with advertisements that are relevant to your interests. By continuing to browse the site you are agreeing to our use of cookies.Ok