The feeling was so unfamiliar, not least after such a one-sided affair.

Liverpool dropped points at Anfield for the first time since January 2019, Burnley halting their winning run here at 24 league games and preventing the champions from becoming just the second team in top-flight history to triumph in 100 per cent of their home games in a season.

Jurgen Klopp’s men were cruising without their superiority being reflected on the scoreboard courtesy of Nick Pope. They took the advantage through a wonderfully worked move on 34 minutes with defensive midfielder Fabinho as the orchestrator and left-back Andy Robertson as the finisher, which fed into the manager’s belief that “if you want to be successful, the goals need to come from everywhere”.

The Brazilian’s vision and execution was immense to pick out Robertson with a dinked ball that evaded the defence.

The left-back had popped up in the right of the area, called for the delivery and superbly curled a header into the top-corner.

Liverpool had to wait for their opener, but it was worth it.

The first half filtered into the offensive might of England’s best versus the barely believable keeping brilliance of Pope. He was forced into four top saves in the opening 45, two of which fitted into world-class status.

Mohamed Salah struck a bouncing ball ever so sweetly, sending it towards the top corner from 10 yards out. The England international contorted himself to keep the effort out with his hands, even though the rest of his body was behind the goaline, which drew gasps and then applause from both technical areas.

Just ahead of the interval, Pope was picking out another save off the top shelf. Sadio Mane directed a potent pile-driver that was navigating its way into the top corner, before the keeper clawed it away with a strong right hand.

He was the sole reason the scoreline at half-time read just 1-0 to Liverpool, despite the Merseysiders patiently dismantling Burnley’s low block and carving opportunities at will. 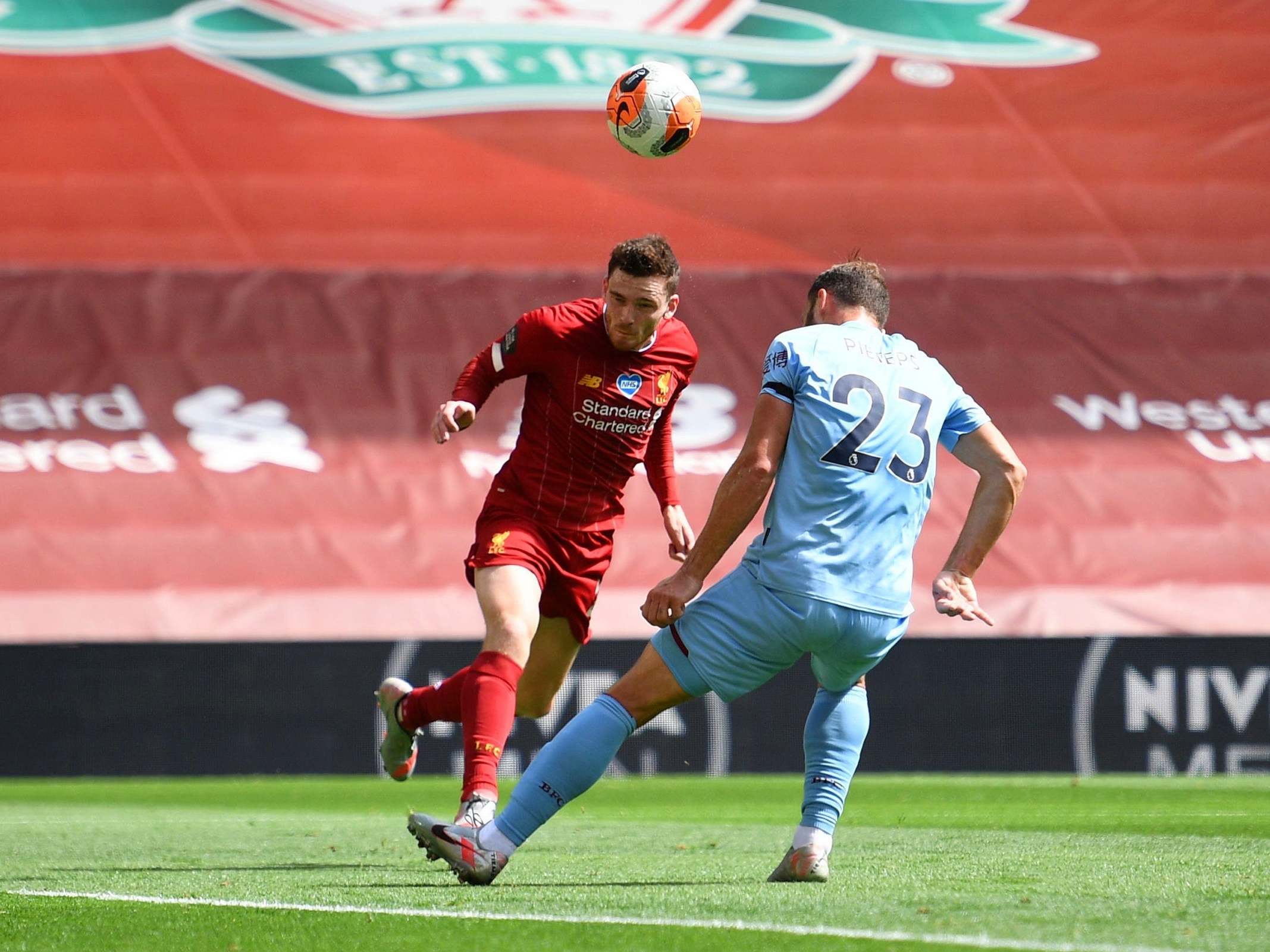 The hosts had managed nine shots inside the box in the first 45 and the fluidity of their play was a marvel. The second followed the same template: wave after wave of attack, with Roberto Firmino hitting the post, while the visitors were in full-on repel mode.

But with just one goal separating the sides and Burnley waiting to maximise rare set-piece chances, Liverpool’s dominance was still susceptible to danger.

That materialised straight after a drinks break on 69 minutes when a free-kick from deep was knocked down towards Jay Rodriguez, who finished excellently with a low drive from the edge of the box.

Liverpool racked up the shot count to reclaim the ascendancy, but it was Burnley that went closest to leading in the final minutes. 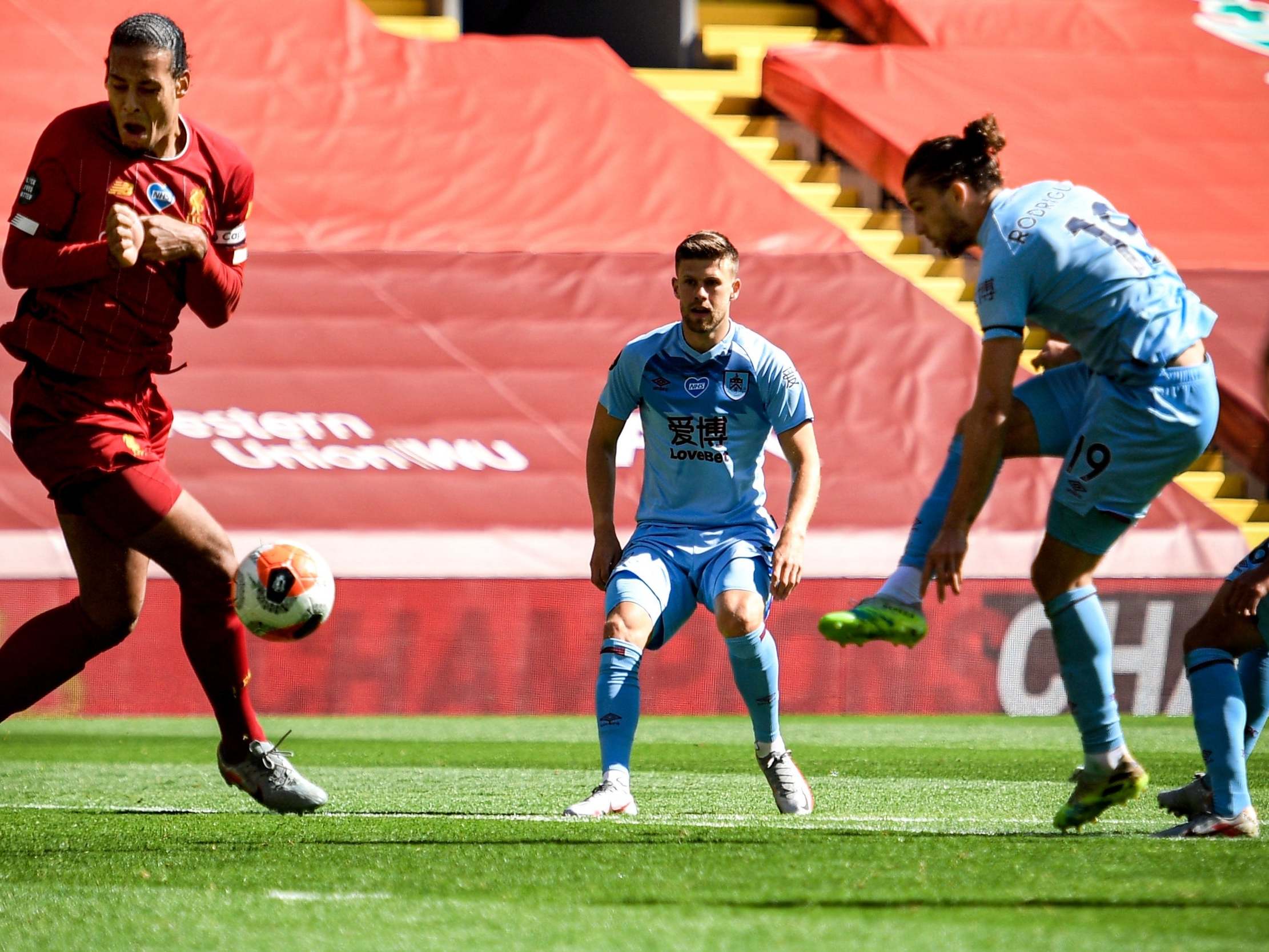 Joey Gudmundsson cannoned a shot off the bar after some pinball in the area following a corner.

There are positives for Liverpool, not least the performances of teenagers Curtis Jones and Neco Williams, while they are still on course to secure the best points total in English top-flight history.

But there will also be disappointment at surrendering their flawless home run during an encounter they were so comfortable in.

Peter Moore: Liverpool CEO to step down, Billy Hogan to succeed him

Serie A’s Parma isolating for positive COVID test
Cristiano Ronaldo and Zinedine Zidane lined up by potential new Marseille owner
Best News
Recent Posts
This website uses cookies to improve your user experience and to provide you with advertisements that are relevant to your interests. By continuing to browse the site you are agreeing to our use of cookies.Ok