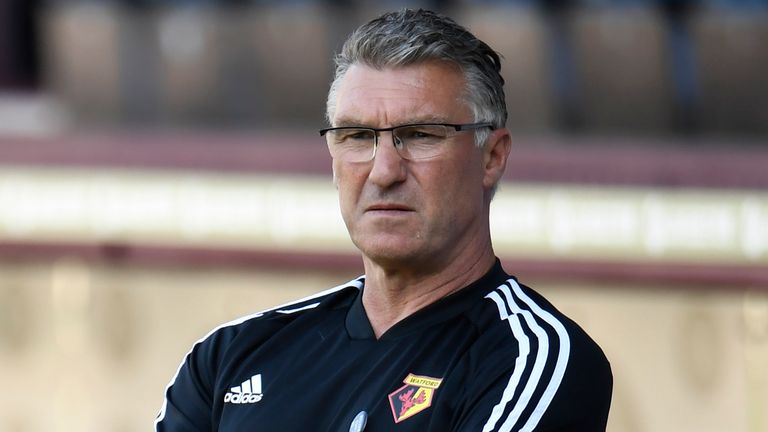 Nigel Pearson is expected to receive his £1m bonus if Watford avoid relegation from the Premier League on Sunday.

Watford sacked Pearson and his assistant Craig Shakespeare on Sunday, with two games of the season to go, after a “frank exchange of views” between owner Gino Pozzo and former head coach Pearson following Friday’s 3-1 defeat to West Ham.

A 4-0 defeat to Manchester City followed by Aston Villa’s 1-0 win against Arsenal on Tuesday has seen the club drop into the Premier League’s bottom three ahead of Sunday’s final day of the season.

In a story first published by The Times on Tuesday, Sky Sports News has confirmed that Pearson’s bonus is not dependent on him being in charge. Watford, who placed U23s coach Hayden Mullins and goalkeeping coach Graham Stack into temporary charge, must now better the result of Villa, who are level with them on 34 points but are a goal better off and visit West Ham in their last game.

What Chelsea squad think of Frank Lampard’s plan to sign Bayer Leverkusen ace Kai Havertz
Burnley star Dwight McNeil tipped to snub Man Utd transfer due to ‘big price tag’
Best News
Recent Posts
This website uses cookies to improve your user experience and to provide you with advertisements that are relevant to your interests. By continuing to browse the site you are agreeing to our use of cookies.Ok