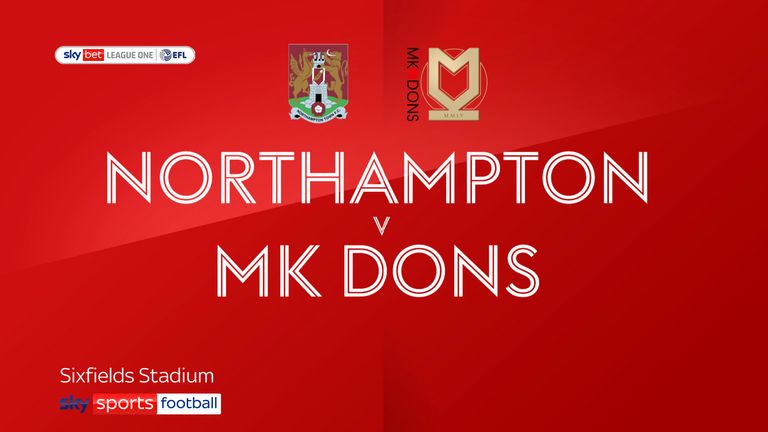 The visitors dominated the ball throughout the 90 minutes but both sides were toothless in front of goal as the Cobblers kept their first league clean sheet of the season.

MK Dons struggled to convert their stranglehold of possession into clear chances during a largely uneventful first 45 minutes.

Their only shot on target came on the half-hour mark when Carlton Morris saw his effort beaten away by Jonathan Mitchell.

At the other end, Andrew Fisher saved comfortably from Danny Rose.

The game remained goalless at half-time but the hosts nearly broke the deadlock 15 minutes into the second half as Fraser Horsfall planted his free header wide.

Horsfall went closer still when his header crashed against the crossbar while for MK Dons, Regan Poole smacked wide from long range in the nearest they came to scoring a winner.

Real Madrid 3-2 Inter Milan: Rodrygo secures huge win for Los Blancos
Forest Green 2-1 Leyton Orient: Odin Bailey inspires Rovers win
Best News
Recent Posts
This website uses cookies to improve your user experience and to provide you with advertisements that are relevant to your interests. By continuing to browse the site you are agreeing to our use of cookies.Ok