Manchester United touched down in Germany on Sunday for the final leg of a Europa League campaign that has lasted the best part of a year and taken Ole Gunnar Solskjaer and his players from Kazakhstan to Cologne.

The stakes for Monday’s one-off quarter-final against FC Copenhagen are not as high as they could have been, given that United have already qualified for next season’s Champions League.

The empty RheinEnergie Stadion in Cologne will do little to enhance the sense of occasion either as United face the prospect of three games behind closed doors at the 50,000-seater arena if they reach the final on August 21. 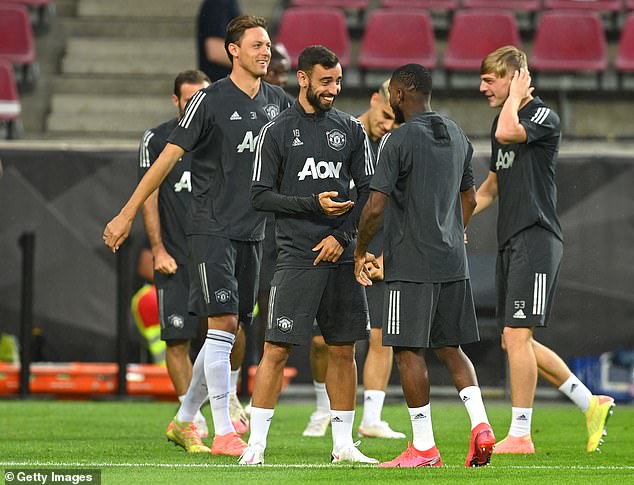 But having come this far and taken so long to get to here, Solskjaer believes that winning the Europa League for the second time in four years will still mean just as much to the club.

‘We’re in a strange period and strange times, but we’ve got to make the most of it,’ said the United manager last night.

‘If we are able to go through to the semis and the final, it would mean a lot to the players, the club the supporters and the staff. We just have to make the best of a difficult situation.

‘It’s not football as it should be. It’s changed a little bit. That passion and edge to the game is missing – the fans have to be there. 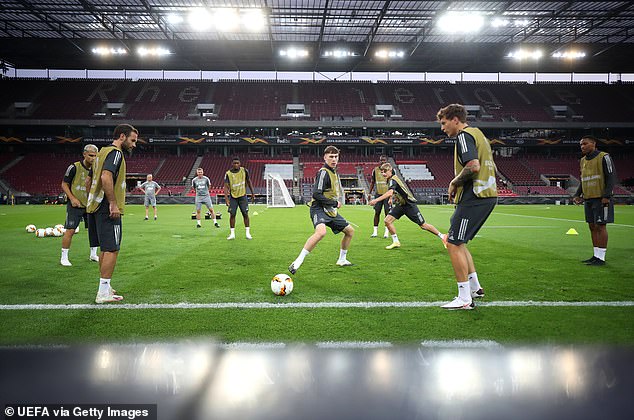 ‘But I have to commend our players, they’ve handled the situation really well. We have to make the most of this Europa League and get as far as we can.’

United are faced with a 13-day lockdown in Cologne if they go all the way to the final, not to mention the prospect of slumming it at fourth division Fortuna Koln’s training ground.

But Solskjaer isn’t getting too far ahead of himself. ‘We’ll cross that bridge when we get to it,’ he added.

‘We have plans in place but, for me, it’s only about this game. It’s a knockout tournament and if you don’t perform you’re going home.

‘If we go through, there are a few days until the next game, but at the moment we don’t have that problem.’ 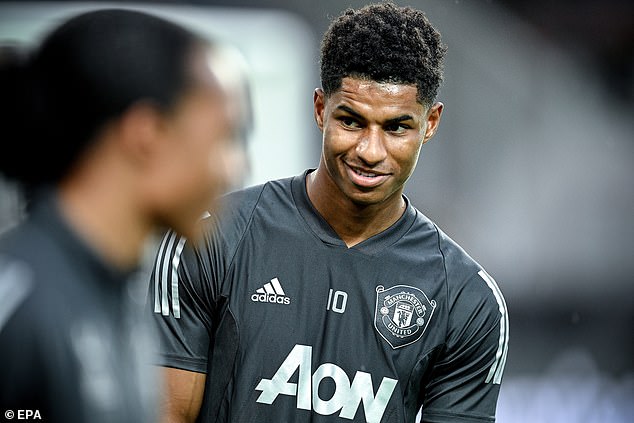 Asked if the pressure is off now United don’t have to win this competition to qualify for the Champions League – as they did under Jose Mourinho in 2017 – he said: ‘I don’t think so because we went into this season knowing the Europa League is a great chance for us to get a trophy and also to bring through a few of the youngsters.

‘Of course, we all wanted the Champions League this season but maybe we wouldn’t have had the chance to play the likes of Brandon (Williams) and Mason (Greenwood), the young kids who have now started what will be fantastic careers.’

Standing in Solskjaer’s way is Stale Solbakken, the 52-year-old former Wolves boss who has taken Copenhagen to their first even European quarter-final, having eliminated Celtic and İstanbul Basaksehir in the knockout stages.

Solskjaer has known his fellow Norwegian as a player and coach for a quarter of a century, and revealed that he did a study visit for his coaching licence during Solbakken’s first stint at Copenhagen. 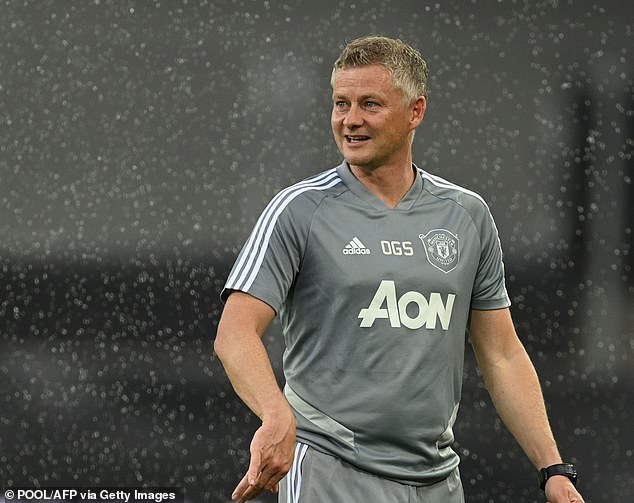 ‘I saw them lose to Chelsea – hopefully this time they’ll lose to us,’ he said.

‘Stale has had his ups and downs but he’s come through again and he’s leaving a legacy. Their biggest strength is the team work and how well organised they always are.’

Still, a United team with just one defeat in the last 23 games should have too much for the Danes if Solskjaer reverts to his first-choice line-up after making changes against LASK Linz last week.

Anthony Martial came off the bench to score United’s winner in that one, and Solskjaer paid tribute to his 23-goal top scorer.

‘Antho has made huge strides this season in many aspects of his game,’ he said. ‘I like him being in between the posts, the simple goals. We know he can do worldies.

‘Physically he’s at the best level in his career and I’m just looking forward to seeing him improve. There’s more to come from him.

‘We have developed through the season. We have a squad that’s been working together and we’ve got the principles into the group. But one defeat in 23 is one too many.’

Wilfried Zaha sends clear transfer message to Arsenal in Instagram video
Copenhagen boss fearing the worst ahead of United Europea League clash
Best News
Recent Posts
This website uses cookies to improve your user experience and to provide you with advertisements that are relevant to your interests. By continuing to browse the site you are agreeing to our use of cookies.Ok