Ousmane Dembele is now said to be enthusiastic about the prospect of a move to Manchester United. The Red Devils have now made their move for the World Cup winner, who they deem as the perfect alternative to Jadon Sancho.

While negotiations rumble on with Borussia Dortmund, United are working on a deal for Dembele in the background.

They are looking to seal a season-long loan and are not thought to be keen on a permanent deal.

Barcelona are open to the idea of selling Dembele but he remains determined to be a success at Camp Nou following three difficult seasons after his £135million move from Borussia Dortmund.

United are hoping they can convince the player to move to Old Trafford, should they reach an agreement with Barcelona. 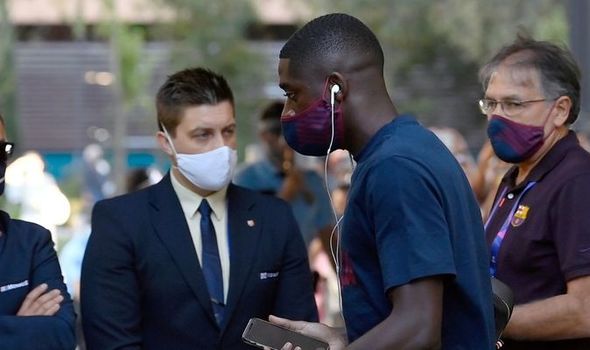 Paul Pogba is thought to be involved in the operation and he has spoken to his France team-mate in a bid to convince him to join.

Initially, Dembele completely shut down the idea of a move having already turned down offers from Liverpool and Juventus this summer.

However, L’Equipe now claim the player is showing enthusiasm towards a move to the Premier League.

Barcelona are currently starved of cash and need to sell players in order to speed.

Ronald Koeman wants to sign Memphis Depay and he is likely to be granted permission to do so, should Dembele leave.

Transfer expert Fabrizio Romano claimed earlier this week that United will have difficulty completing a deal for Dembele because of his determination to stay in Spain.

He said on Here We Go podcast: “Remember we’ve talked about Dembele’s situation with Liverpool and Juventus, Barcelona and Manchester United,” Romano added.

“The player’s position is the same, he doesn’t want to move and his agent had a meeting with Ronald Koeman one week ago. 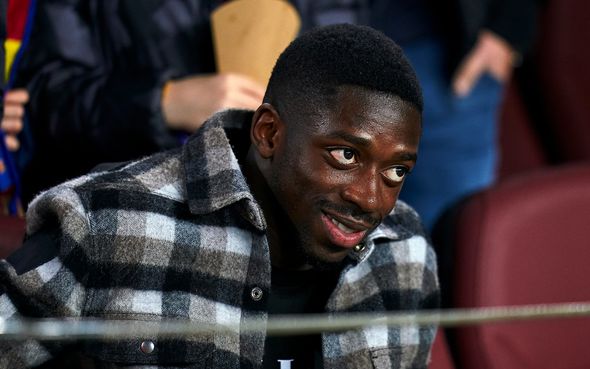 “Koeman was talking to his agent and said ‘I trust in Dembele and I want Dembele in my team’ so at the moment Dembele wants to stay in Barcelona.

Koeman left Dembele on the bench for the 3-0 win at Celta last night and defended his decision after the match.

“I think Pedri and Trincao can contribute more defensively than Dembele can, that’s why they played,” he said before adding that Dembele’s future is up to the player and club.

How Messi would fit into the XIs at Man City, PSG and Inter Milan

Liverpool ace rewarded for fine form with first England U21 call up
Man Utd boss Solskjaer responds to club legends who criticised transfer plan
Best News
Recent Posts
This website uses cookies to improve your user experience and to provide you with advertisements that are relevant to your interests. By continuing to browse the site you are agreeing to our use of cookies.Ok