Paul Hanlon has been called up to the Scotland squad ahead of their Nations League game against the Czech Republic on Wednesday.

The 30-year-old Hibernian defender has never played for his country, although he was an unused substitute for a friendly against the Netherlands under interim manager Malky Mackay in 2017.

Cooper returned to Leeds ahead of Sunday’s 1-0 win over Slovakia as 33-year-old Aberdeen defender Andy Considine made his debut, while Robertson picked up a suspension for Wednesday’s visit of the Czech Republic after being booked for kicking the ball away. 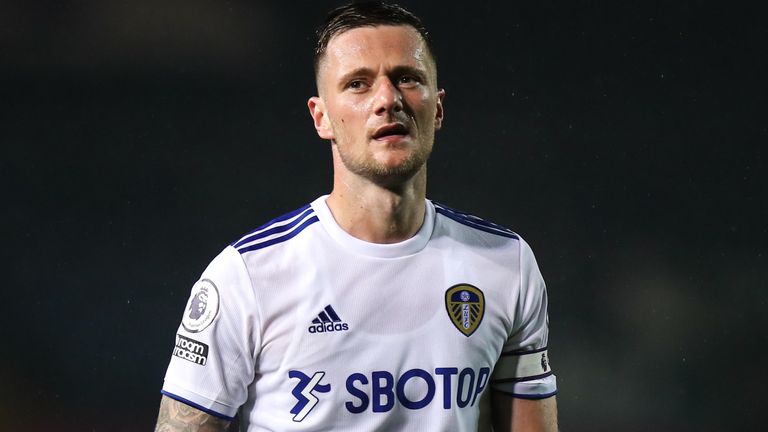 Hanlon becomes the third Hibs defender to be called up by Steve Clarke during the current international break – Ryan Porteous was named in the original squad, while Paul McGinn was added on Friday.

Hibs boss Jack Ross said of Hanlon – who captained Scotland at U19 and U21 level: “I’m delighted for Paul. It’s thoroughly deserved after the strong start to the season he’s had.

“Paul is a manager’s dream to work with. He’s a model professional and a consistent performer.

“I know how much this means to him and it reflects well on the club to have the two Pauls and Ryan involved.

“I’ve no doubt all three will give good accounts of themselves.”

The Czech Republic have assembled a 32-man reserve squad for Wednesday’s trip to face Scotland at Hampden – in case their regular squad is ruled out amid coronavirus problems.

The Czechs took 18 players to Israel for Sunday’s Nations League game. Nine travelled on Saturday while nine were forced to wait until the day of the game as fresh Covid-19 checks were done after previous tests reported positive samples for three players and 16 inconclusive results.

A statement on the team’s official Twitter feed read: “We had to create the ‘reserve’ team if we would not be allowed to play against Scotland with the ‘main’ team.

“The reserve team contains players from the Czech top tier.”

Liverpool handed Merseyside derby boost as key duo return to training
Project Big Picture: FA against proposals, Premier League clubs have serious concerns
Best News
Recent Posts
This website uses cookies to improve your user experience and to provide you with advertisements that are relevant to your interests. By continuing to browse the site you are agreeing to our use of cookies.Ok