Pep Guardiola has challenged his Manchester City players to seize a once in a lifetime opportunity to crown themselves Champions of Europe. City were handed a tough route through to a possible Champions League final at the draw in Nyon on Friday.

If they can finish off Real Madrid in the last 16 second leg, Italian giants Juventus or Lyon lie in wait with Bayern Munich or Barcelona possible opponents in the semi final.

But far from being overawed Guardiola insisted his players have a chance to grab a place in history.

“I have a feeling that with my players in the next four weeks we have the chance to fight but the situation that we have is not coming back again,” said the City boss. “The big clubs don’t miss these chances. They try until the last effort they have in their bodies.”

City take a 2-1 lead into the last 16 second leg against Real Madrid at the Etihad on August 7. 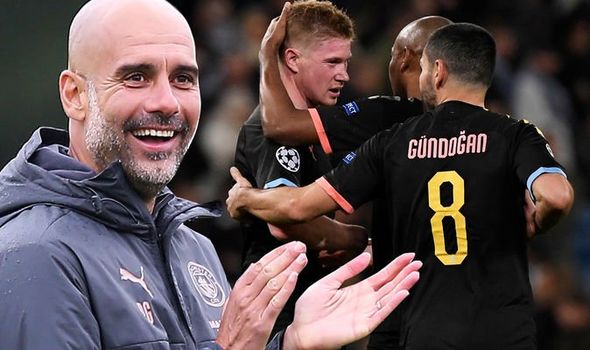 And while their manager refused to shift sights beyond that game to the last eight knockout stage in Lisbon between August 12-23, he said

“First we have to play against Real Madrid. If we think about the next step the king of this competition, Real Madrid, will put us out,” he said. “They know the competition, they know exactly the way they have to play these games, because they’ve been there many, many times.”

City find out on Monday whether their appeal against UEFA’s two-year Champions League ban has been successful.

But Guardiola remains confident the news from the Court of Arbitration for Sport will be positive.

He said: “I am so confident – because I know and hear the arguments of the club – that next season we will be there.” 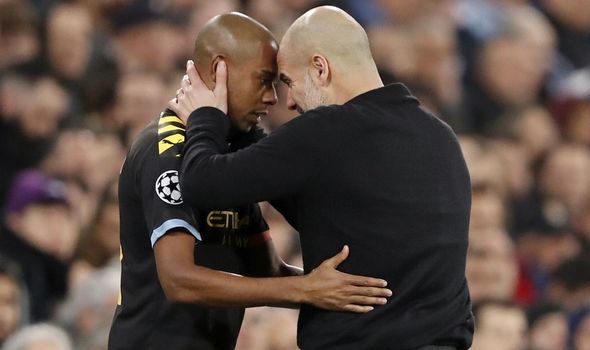 Guardiola will not wrap his City stars in cotton wool in order to protect key men ahead of dates with destiny in the FA Cup and Champions League.

The City boss is resigned to being without record-scorer Sergio Aguero for both the semi-final against Arsenal and their last 16 second leg against Real on August 7 after the striker underwent knee surgery last month.

With the Champions League last eight knockout in Lisbon starting five days later on August 12, the likelihood of him playing any part looks bleak.

Yet Guardiola insists he will take his chances with injuries and not resort to shielding Kevin De Bruyne or any of his other stars in the build up to their season-defining games.

“The last game at Southampton, Kevin didn’t play. He played 30 minutes and he didn’t play much at his level,” said Guardiola. “But he came back at an incredible level in the last game (starting against Newcastle in midweek).

“What’s important is they are fit, but we cannot say one or two games you don’t play and then come back. Sometimes the players who play regularly are in better condition to play important games. It’s important to keep momentum and rhythm in the way we play.”

He added: “I hope nobody gets injured but we cannot control it, but maybe it happens.”

Guardiola challenged his squad to maintain high levels between now and their Cup dates against Arsenal at Wembley on July 18 and against Madrid at home on August 7.

“The first target was to qualify for the Champions League and though we lost two games (against Chelsea and Southampton) we are doing a good performance,” Guardiola said. “We are so strong in the games at home but you have to win games.”

Sneijder ready to start training ahead of coming out of retirement

Phil Foden exclusive interview: Manchester City star on David Silva, improvement, position and fishing
Gilberto Silva talks about Arsenal career ahead of North London Derby
Best News
Recent Posts
This website uses cookies to improve your user experience and to provide you with advertisements that are relevant to your interests. By continuing to browse the site you are agreeing to our use of cookies.Ok