Manchester United icon Peter Schmeichel believes there are players at the club that only care about their brand image, and need to be sold as soon as possible. The Danish goalkeeping hero tore into certain United players on Tuesday, but insisted Ole Gunnar Solskjaer has done a good job of thinning the squad out so far.

United are on fire at the moment, and are looking to continue their strong form against Aston Villa on Thursday night.

The Red Devils are honing in on a Champions League spot, having gone unbeaten in all competitions since the end of January.

But Schmeichel believes there is still room for improvement at the club with regards to their squad.

He insisted that Solskjaer’s biggest task this summer will be offloading players rather than signing reinforcements. 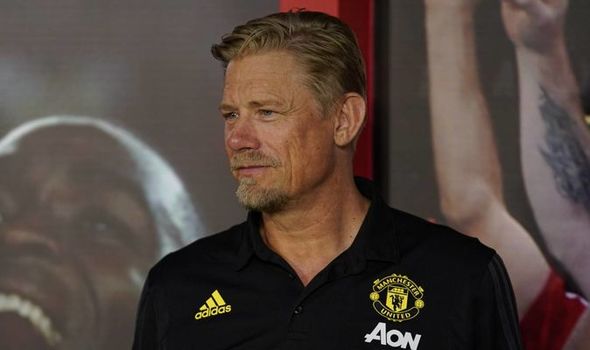 United are expected to have a busy transfer window, with Jadon Sancho and Jack Grealish both tipped to be targets.

However, they will only pay a maximum of £50million per player, meaning they could end up missing out on both.

But Schmeichel believes Solskjaer needs to focus on trimming his squad, as there are players in the ranks that don’t deserve to be there.

Speaking to MUTV, the legendary goalkeeper claimed there are players at United who want to be like David Beckham and create an off-pitch brand.

He didn’t name names, but claimed there are certain figures at the club that don’t deserve to be in the dressing room.

“I’m on record for saying this a long, long time, since Ole came, that his most important job is not really to sign players, it’s to get rid of players,” Schmeichel said.

“There’s a few players in the squad that we absolutely do not want there.

“They’re not there to play for the badge. They’re there to create a profile for themselves. 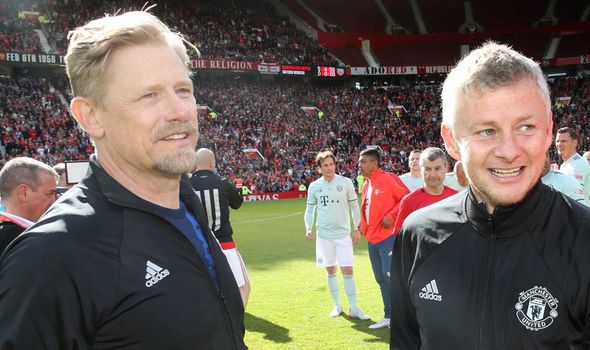 “I was reading about one player trying to make themselves a brand like Beckham which is shocking really.

“There are players there that do not belong in the dressing room.

“And I think Ole has done really well in kind of sifting them out of the picture really, so we only get reminded that they’re there in a chat like this, or reading about the squad.

Tottenham’s Amazon documentary ‘will show’ Hugo Lloris and Heung-Min Son fight vs Everton
Chelsea transfer roundup – Milinkovic-Savic options, Havertz and Emerson latest
Best News
Recent Posts
This website uses cookies to improve your user experience and to provide you with advertisements that are relevant to your interests. By continuing to browse the site you are agreeing to our use of cookies.Ok