The 18-year-old, who is a defender like both dad Phil and his uncle Gary were, has signed a one-year deal with the Old Trafford side after turning 18 late last month. 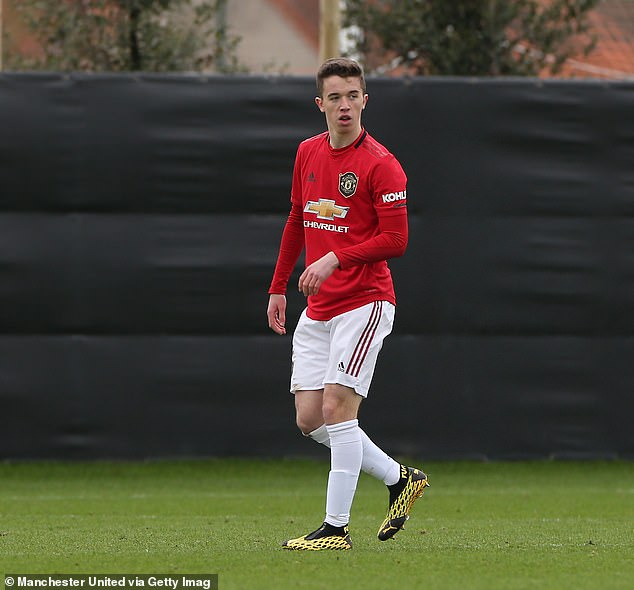 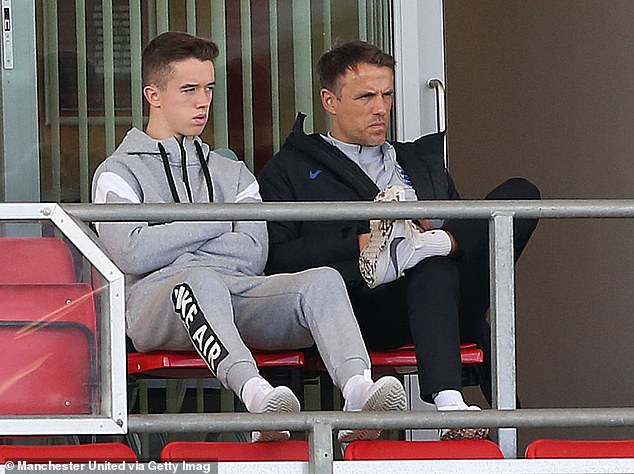 He said: ‘Proud to have signed my first professional contract with Manchester United.’

He continued: ‘Thank you to all my family and coaches for their support’.

His dad Phil was one of the first to comment on the post, firing off red, white and black circles – United’s colours – and adding a heart emoji at the end. 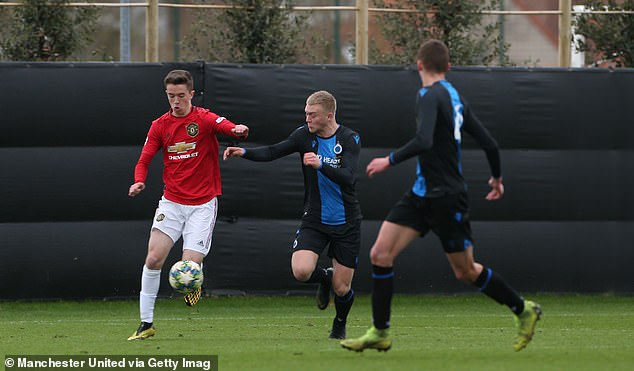 Harvey’s latest task is to earn a place in United’s Under 23s side before aiming to break into the first-team, like his dad and uncle.

He is following in famous footsteps, with Phil having played for United, Everton and England while his uncle Gary spent his entire playing career with the Red Devils.

Both won the Premier League on numerous occasions and captured the Champions League – while Gary has gone on to a successful career as a pundit. 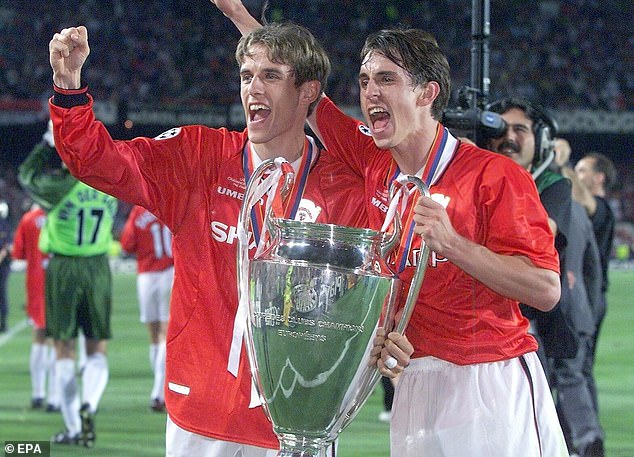 Harvey – who is also the nephew of former England netball international Tracey – could have followed a different path to Gary and Phil, having started his career at Manchester City.

He also spent time at Valencia when his dad was a coach there – with Gary also taking charge of the Spanish side for a short spell.

He went back to United in 2018 though and has also spent time with the Republic of Ireland’s youth set-up.

While he is now a defender, Harvey began in midfield before moving to a berth at right-back – like both Phil and Gary.

Leicester vs Crystal Palace postponed: Will match go ahead amid local lockdown?

Sneijder ready to start training ahead of coming out of retirement

10 stars from European leagues now available on free transfers
Liverpool seal first summer transfer as agent confirms Anfield deal agreement
Best News
Recent Posts
This website uses cookies to improve your user experience and to provide you with advertisements that are relevant to your interests. By continuing to browse the site you are agreeing to our use of cookies.Ok