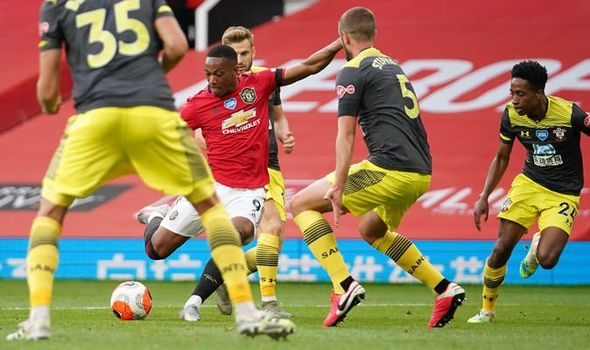 Manchester United take on Southampton in the final match of the latest round of fixtures. The Red Devils can move into third in the table with a win, after Chelsea and Leicester slipped up at the weekend.

Elsewhere in the Premier League, Tottenham sealed a 2-1 win over Arsenal thanks to Toby Alderweireld’s 81st-minute header.

The north London derby appeared to be heading for a draw but the Spurs defender secured all three points to move Jose Mourinho’s side above Arsenal into eighth place.

With three games left, Tottenham have 52 points to Arsenal’s 50, but are seven points behind Leicester in fourth.

Arsenal took the lead in spectacular fashion with Alexandre Lacazette’s brilliant strike on 17 minutes but they were pegged back almost immediately as Son Heung-min punished a defensive error.

Both sides were denied by the woodwork and the Gunners were in the ascendancy after the break before Tottenham’s strong finish ensured a third successive home win since the restart.

Norwich were consigned to relegation from the Premier League after a 4-0 defeat by West Ham, with Michail Antonio scoring all four goals for the Hammers. 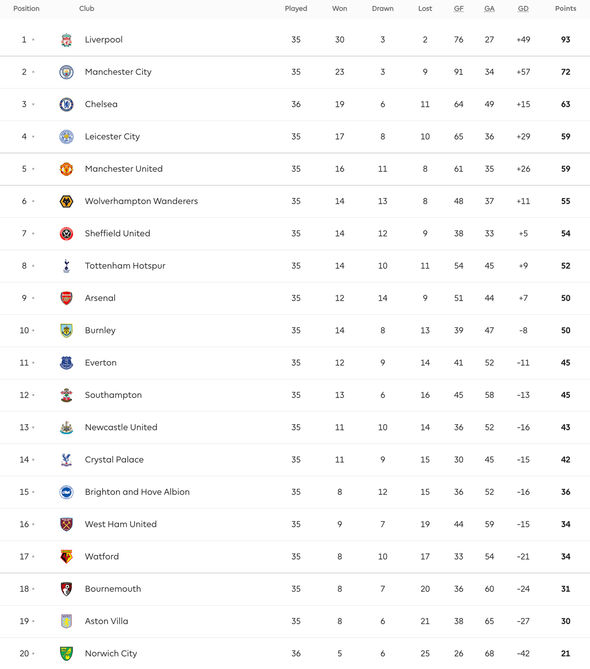 Merson admits Arsenal fears as Arteta’s side ‘can’t pass the ball five yards’
Man Utd suffer major double injury blow ahead of Crystal Palace and Chelsea clashes
Best News
Recent Posts
This website uses cookies to improve your user experience and to provide you with advertisements that are relevant to your interests. By continuing to browse the site you are agreeing to our use of cookies.Ok