Water breaks in the Premier League will be scrapped altogether at the end of the season, according to reports.

Mandatory one-minute drink breaks in every half were introduced by the Premier League after a three-month absence to ensure players remained hydrated during a hectic fixture schedule.

But according to The Athletic, water breaks are to be stopped once the 2019-20 campaign finishes and will not be brought back when next season starts in September. 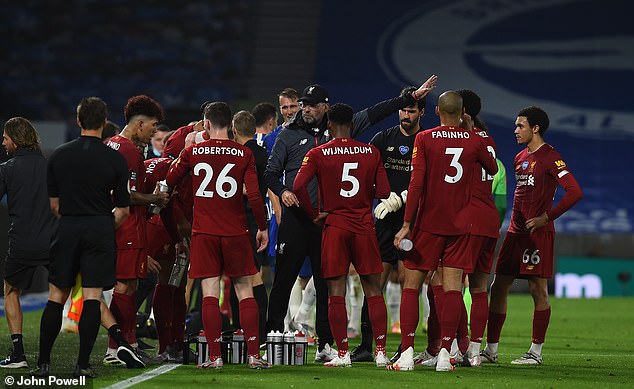 While players are given the chance to take on board much-needed hydration, it also allows time for goalposts, corner flags and balls to be disinfected amid the coronavirus pandemic.

But the mandatory breaks have come in for plenty of criticism, with many arguing that it disrupts the flow of the games – particularly when one team is on the up.

It has also been widely argued that the pause in play enables managers to give much-needed tactical advice to their players.

Meanwhile, Premier League chief executive Richard Masters also recently rejected the suggestion from a politician that the drink breaks are being exploited to produce extra revenue through advertising. 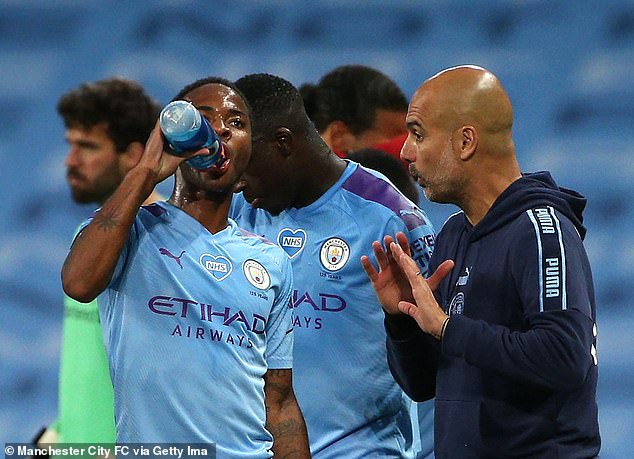 Tottenham manager Jose Mourinho was just one of many who argued against the water breaks – which occur at the mid-point of each half.

‘If anyone says it’s just a drinks break we all know it’s not true,’ Mourinho previously said.

‘It’s a tactical break. You can help one team who is in the negative moment of the game and you can kill the dynamic of a team that is in a high, that’s no doubt.’

Havertz explains difference between Premier League and the Bundesliga

Luke Shaw girlfriend: Who is the Manchester United star dating?
Manchester City back in the Champions League after ban gets lifted
Best News
Recent Posts
This website uses cookies to improve your user experience and to provide you with advertisements that are relevant to your interests. By continuing to browse the site you are agreeing to our use of cookies.Ok