Premier League’s longest-serving manager Sean Dyche admits he may be the last of a dying breed: ‘I really don’t think amazing characters like Arsene and Sir Alex are going to still be around’

Sean Dyche acknowledges he might be the last of a dying breed as the Premier League’s clear longest-serving manager.

Dyche celebrates his eighth anniversary at Turf Moor next month – whereas none of his rivals have even completed five.

‘I think everyone’s thirst for change is different now. Culturally we all change a lot more in our lives,’ he insists. 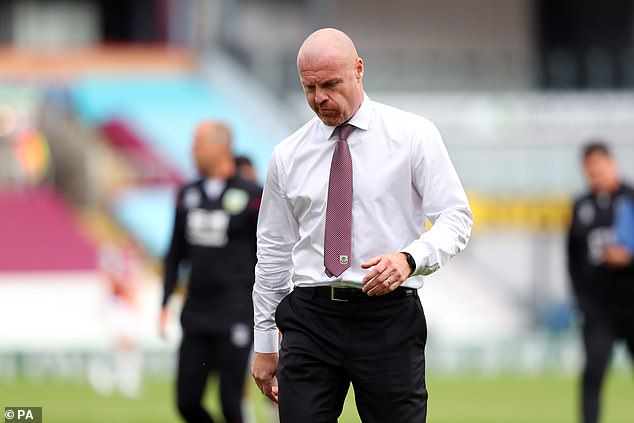 ‘I really don’t think amazing characters like Arsene (Wenger) and Sir Alex (Ferguson) are going to still be around.

‘Managing directors and CEOs I speak to in business often say every three to five years, change the staff or change the manager.

‘There is a general rule of thumb, or certainly a suggestion, that’s what is needed. In our case, we haven’t changed either.

‘What we have done is build a way of working that is appropriate and enjoyable for the people that count, the staff and players.’

Dyche’s belief will only strengthen the suspicion that his time at Turf Moor may be coming towards the end of its natural shelf life. 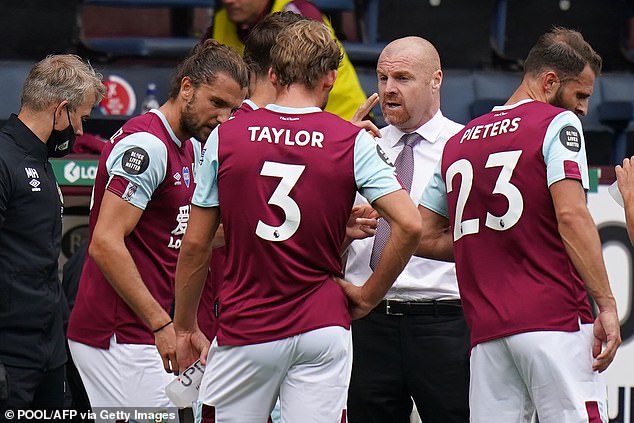 Dyche has been in charge of Burnley for eight years, while all other sides chop and change

The 49-year-old has worked miracles during his time at Burnley, twice winning promotion into the Premier League, qualifying for Europe and last season finishing in the top half despite having one of the smallest transfer spends in the division.

They kick off the new campaign against Sheffield United in the EFL Cup on Thursday having been quiet in the window again and Dyche is resigned to having transfer activity decided by the Clarets board while he is unsure of how much is in the kitty.

‘I can only guide and say “this is what I think we should do.” It’s then up to them to decide whether we do it or not. It is how it is.’

In the meantime, the Burnley boss is typically robust in support of his current close-knit group.

He can’t understand why 20-year-old ever-present Dwight McNeil wasn’t called into the last England under-21 squad or among the nominees for PFA Young Player of the Year. 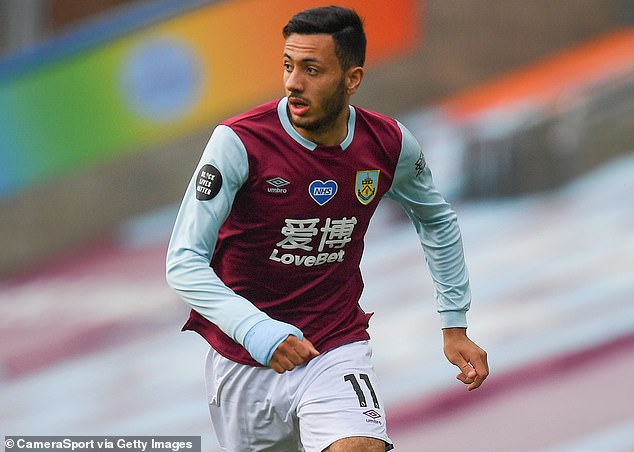 ‘He’d get more kudos if I was dipping him in and out of the team rather than playing every week,’ remarks Dyche.

‘It’s impossible he wasn’t considered a young player of the year when he’s played every minute of every game. When Aidy Boothroyd (England under-21 manager) rang up and said Dwight was on standby for the last international break, I honestly thought he meant for Gareth (Southgate) with the seniors.

‘I was that surprised he hadn’t made the under-21s – you must have some blooming good players in this country if he can’t get in.

‘Aidy is a good friend of mine so don’t give him too much heat, but factually speaking if you’ve played in every Premier League game for a season-and-a-half and made a difference to team that finished 10th, I am amazed you are not considered to be one of the top products in the country.’

Man Utd tipped to sign Sergio Reguilon and three other players before transfer deadline
Liverpool transfer round-up as young goalkeeper closes in on Anfield move
Best News
Recent Posts
This website uses cookies to improve your user experience and to provide you with advertisements that are relevant to your interests. By continuing to browse the site you are agreeing to our use of cookies.Ok