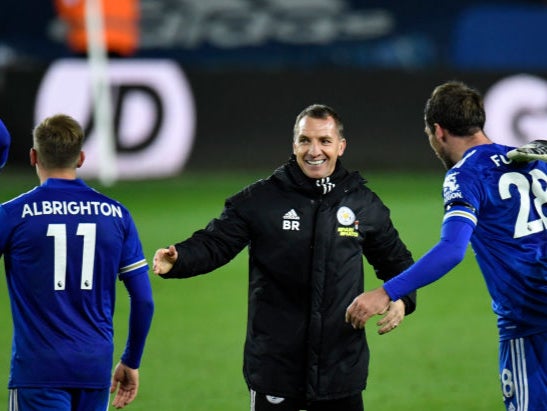 “But the players were tactically very good and got their rewards. It’s the type of performance you need to win these games against Leeds. They have shown what a really good attacking team they are.

“You have to defend well but you know there is space. On the back of European travel it was a performance that was very pleasing.

“But as I said before the game, you also know there will be space and if you have quality, you can create chances.

“Defensively, we were very good in blocking the spaces and getting tight. The goal we conceded was poor, but in some ways it will help us going forward as we had to show that resilience.

“We’re maturing all the time as a team and that’s pleasing to see.”

Leicester host Braga in the Europa League on Thursday before a visit from Wolverhampton Wanderers on Sunday.

Reuters contributed to this report

Donald Trump presidential election defeat may have knock-on affect for Liverpool
Elneny showed Arsenal two years ago exactly what he offers as footage emerges
Best News
Recent Posts
This website uses cookies to improve your user experience and to provide you with advertisements that are relevant to your interests. By continuing to browse the site you are agreeing to our use of cookies.Ok