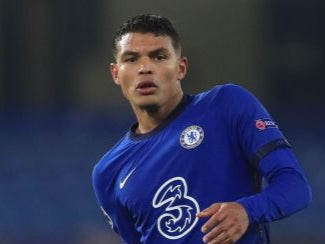 “It was a moment where we could not give them exactly what they wanted. It was a financial and generational problem.

“It was the moment to count on Marquinhos and [Presnel] Kimpembe. The decisions were difficult to take. Aside from that, we could have made a mistake.”

Cavani has since joined Manchester United, also on a free transfer, ending his seven-year association with the French club, where he is now the all-time record goalscorer, with 200 goals in 301 appearances across all competitions.

The Uruguayan scored his first goal for the Red Devils in the 3-1 victory over Everton last weekend.

Dortmund ‘at risk’ of losing Man Utd targets Erling Haaland and Jadon Sancho
Joe Gomez injury: Three centre-backs Liverpool could sign as injury crisis deepens
Best News
Recent Posts
This website uses cookies to improve your user experience and to provide you with advertisements that are relevant to your interests. By continuing to browse the site you are agreeing to our use of cookies.Ok