‘There is no update, I see him happy in training and at the club’: Quique Setien relaxed about speculation surrounding Barcelona star Lionel Messi’s future amid reports he could leave Nou Camp

Beleaguered Barcelona boss Quique Setien has claimed he is not worried by reports linking Lionel Messi with a shock move away from the club next summer.

The all-time leading scorer for the Spanish giants is out contract at the Camp Nou in July 2021 and talks over an extension to his deal have reportedly stalled in recent weeks.

Speaking ahead of his side’s trip to Villarreal on Sunday, Setien told Marca: ‘I have not heard anything from Messi on this, and there is no update. It is not my job to speculate. 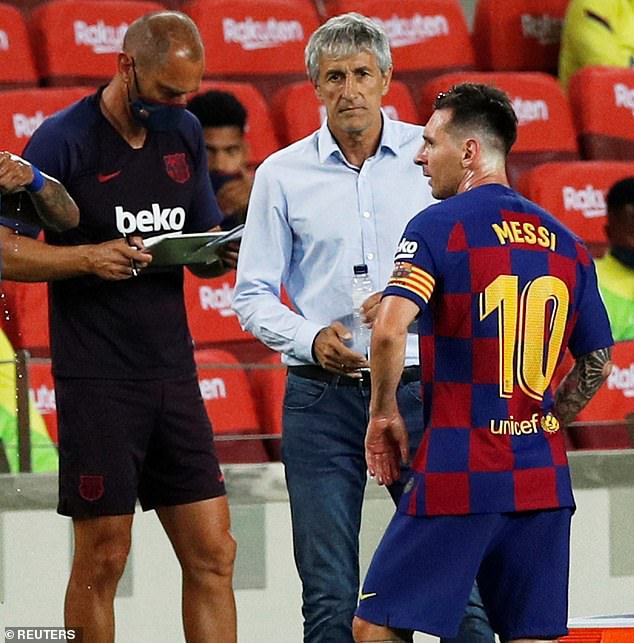 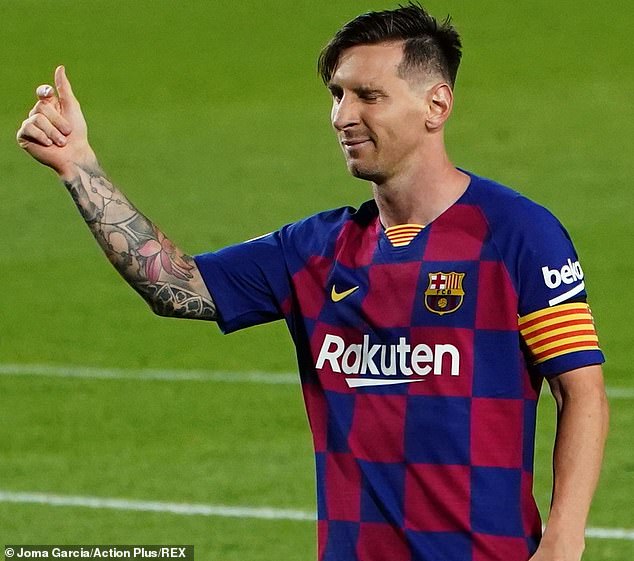 ‘I see him happy in training and at the club. I see him exactly the same as ever. We will sit down and talk when we have to.’

Messi has cut a frustrated figure at times this season and had not scored for three matches before he netted his 700th goal for the club against Atletico Madrid on Tuesday.

The visitors hit back to draw 2-2, leaving Barca trailing Liga leaders Real Madrid by four points with only five matches of the season left. 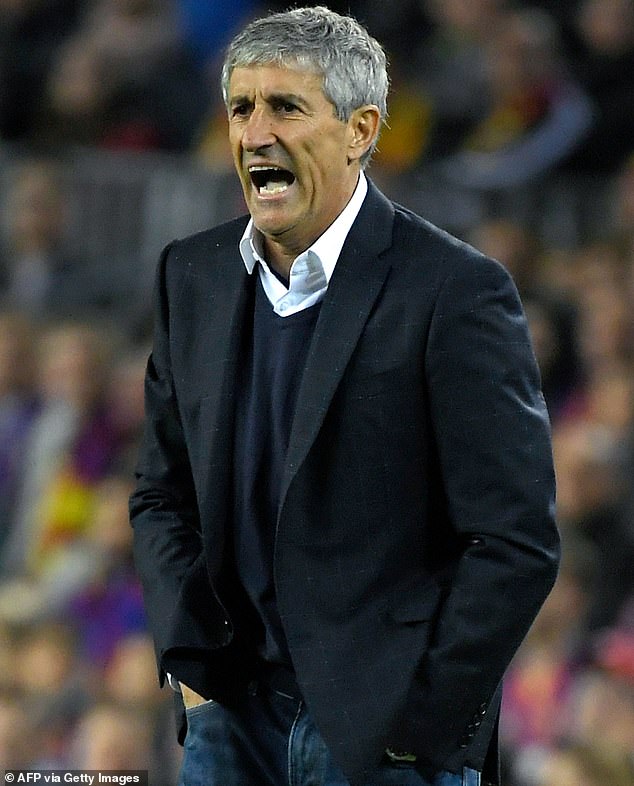 Messi has suggested that Barcelona will not win this season’s Champions League under new boss Setien’s current tactical approach.

He was also involved in a public row with director of football Eric Abidal earlier this year.

The 33-year-old has spent the entirety of his 16-year senior career at Barcelona, winning a record sixth Ballon d’Or last year.

Setien, who was appointed in January, was widely reported to have exchanged heated words with members of his squad following their 2-2 draw at Celta Vigo on June 27. 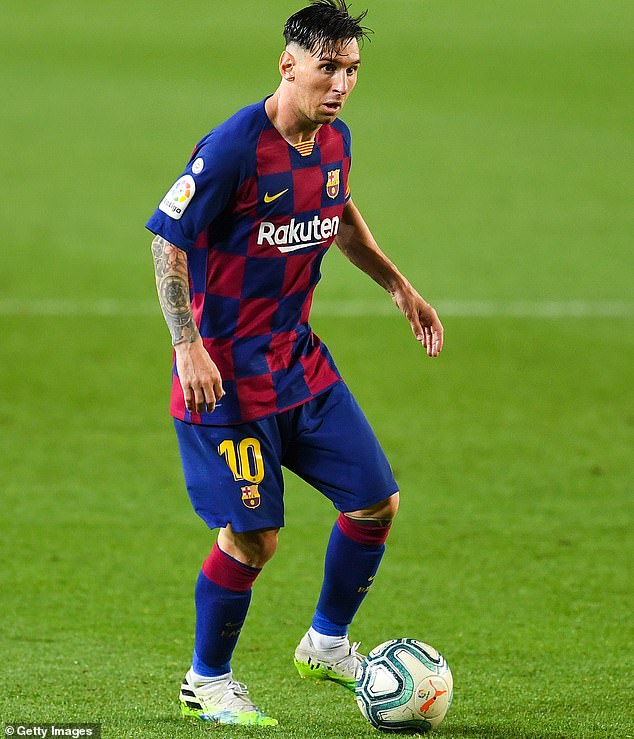 Chelsea target Havertz 'wants to discuss future with Leverkusen'
Ballack believes Werner did right thing joining Chelsea over Liverpool
Best News
Recent Posts
This website uses cookies to improve your user experience and to provide you with advertisements that are relevant to your interests. By continuing to browse the site you are agreeing to our use of cookies.Ok