Wales teenager Rabbi Matondo got in trouble with his club Schalke over an Instagram post showing him training in a shirt of fierce rivals Borussia Dortmund.

The 19-year-old was wearing a shirt bearing the name of his friend and Dortmund winger Jadon Sancho during a gym workout.

It was later deleted but not before angry comments from supporters and a couple of former players.

The post led to Schalke sports director Jochen Schneider ringing the player to tell him it was unacceptable.

Schneider told Sky in Germany: “I made it clear to Rabbi Matondo on the phone what I thought of such a rash action. He is only 19 years old but he should not have allowed this to happen.

“We clearly told him that he had to show the right reaction to his misconduct on and off the pitch.” 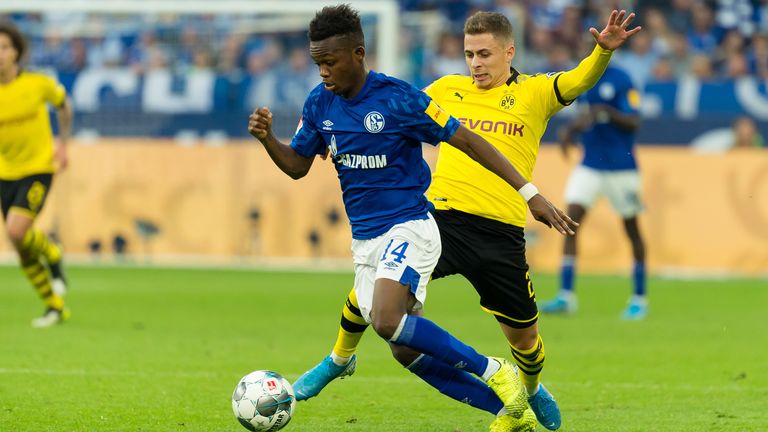 Matondo and Sancho played together in the Manchester City academy before moving to Germany to develop their careers.

Matondo left Manchester City in 2019 to join Bundesliga side Schalke for a £10m fee on a four-and-a-half-year contact which will run until 2023.

Ex-United coach Alvarez accuses De Gea of a 'lack of loyalty'
Ryan Giggs pinpoints six things which made Sir Alex Ferguson a great manager
Best News
Recent Posts
This website uses cookies to improve your user experience and to provide you with advertisements that are relevant to your interests. By continuing to browse the site you are agreeing to our use of cookies.Ok