‘It is very harsh’: Declan Rice fights corner of lifelong friend and England team-mate Mason Mount after criticism and insists midfielder can play alongside Jack Grealish

Declan Rice has hit out the social media trolls who have attacked his best pal Mason Mount – declaring any Premier League manager would pick the Chelsea midfielder and insisting he can play in the same England team as Jack Grealish, rather than them having to be seen as rivals.

Mount was branded a “teacher’s pet” and targeted after being selected ahead of Grealish for England’s win against Belgium, even though he ended up scoring.

‘It’s very harsh,’ said Rice, who is now at West Ham and was speaking ahead of England’s return Nations League tie in Brussels on Sunday. 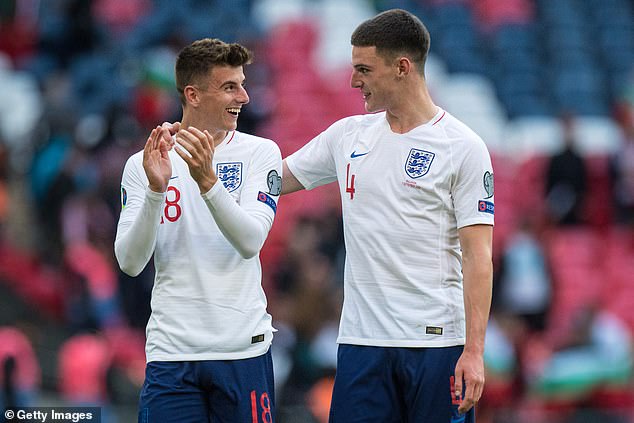 ‘I know how hard-working and driven Mason is. It is no surprise that Gareth (Southgate) picks him, that Frank (Lampard) picks him.

‘I think if you give every Premier League manager the chance to pick him, they would because you can see what he gives to the team. As an individual, he has talent.’

The Mount v Grealish debate will dominate Southgate’s selection thinking in Belgium, particularly with Marcus Rashford injured, leaving a vacancy on the left-hand side up front.

Rice doesn’t want fans to build up the rivalry and believes they can play together as they did in the 3-0 win against Republic of Ireland on Thursday night with Mount in central midfield. 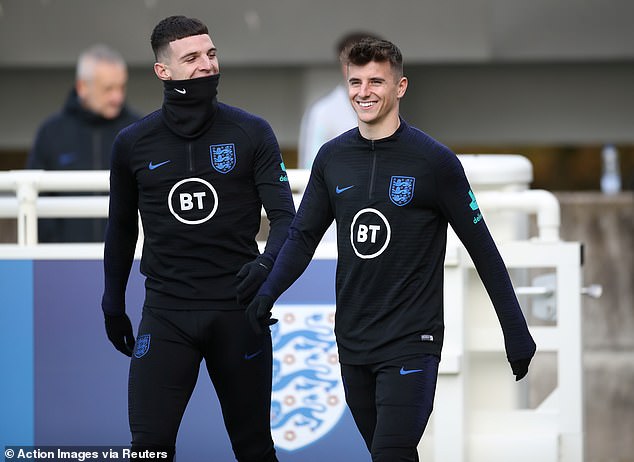 ‘There are always going to be comparisons but they pretty much play in two different parts of the pitch. Mason now at Chelsea plays as an attacking eight and Jack is playing off the left,’ said Rice.

‘I think you could see the other night they can both play in the same team for sure. They are great players we should be valuing. For the nation, and for me as someone who gets to play with them, we are lucky.

Captain Harry Kane is likely to win his 50th cap this weekend with England probably needing to beat Belgium and Iceland at Wembley on Wednesday to finish top of the group.

The in-form striker already has 32 goals for his country and is closing in on Wayne Rooney’s record of 53.

‘It’s a really interesting one,’ said Southgate. ‘Harry’s strike rate for us is phenomenal and he has time on his side to crack on and chase Wayne’s record which would be a remarkable feat in itself.

‘If harry can get into that list with Wayne, Sir Bobby Charlton, Gary Lineker, it is a fantastic personal achievement. He has been to a World Cup and won the Golden Boot, but you want to win as a team. 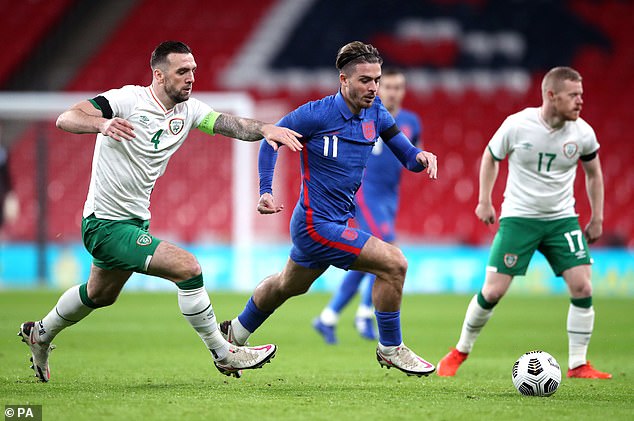 Jack Grealish has recently shone for England, but Rice insists him and Mount can play together

‘He is totally focussed on that and he will want to look back on the team having achieved.’

On Kane’s captaincy, Southgate added: ‘Everybody leads in different ways. I think the days are passing where everything was about Churchillian speeches. Hendo is very vocal on the field but we have players in our team who might say very little on the field but take the ball under pressure which is leadership in a different way.

‘Some players are vocal in the dressing-room, some are not. We are not asking the players to make special speeches. We have had a go at that in the past, for me it is not a total requirement of the team before the game.’

England will be without Harry Maguire through suspension, Trent Alexander-Arnold, Joe Gomez, Tyrone Mings and Rashford are injured while Conor Coady is self-isolating. The lack of centre-halves may lead Southgate to consider using his preferred 3-4-3 though he still has Kyle Walker, Michael Keane and Eric Dier available.

Man Utd boss Solskjaer has Facundo Pellistri dilemma and three other issues to solve
Manchester United manager Casey Stoney brushes off Megan Rapinoe’s criticism over time to create women’s team
Best News
Recent Posts
This website uses cookies to improve your user experience and to provide you with advertisements that are relevant to your interests. By continuing to browse the site you are agreeing to our use of cookies.Ok