Manchester United legend Rio Ferdinand purred over two Red Devils stars during Saturday’s Premier League win over Bournemouth. Ole Gunnar Solskjaer’s side were given an early scare at Old Trafford when Junior Stanislas’ solo goal put the visitors ahead. But United turned the game on its head and were 3-1 ahead by half time.

Marcus Rashford scored his first since lockdown from the penalty spot before a stunning curling effort from 25 yards from Anthony Martial.

It was academy graduate Greenwood who Ferdinand first singled out at half time.

“Look at this, this step here, he takes a step forward with his right foot and absolutely cons [Adam] Smith,” Ferdinand said on BT Sport. 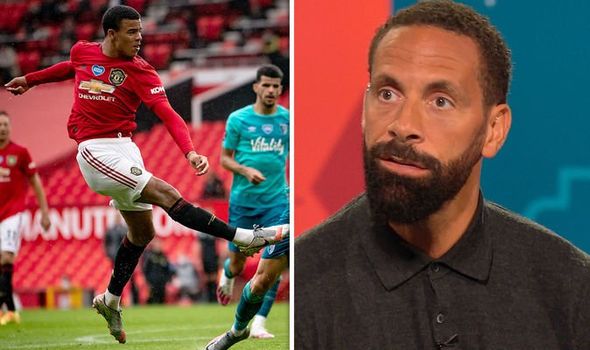 “He takes the step in and then he’s got the licence then to take a touch and then boom, ruthless Greenwood.

“He’s a phenomenal talent this kid and if the game is there for him, he can do what he likes.

“He’s got that much talent, if he keeps his head on his shoulders, which I think he will, he will be a player for many seasons to come.”

Martial’s goal was his 15th in the Premier League this season and 20th in all. 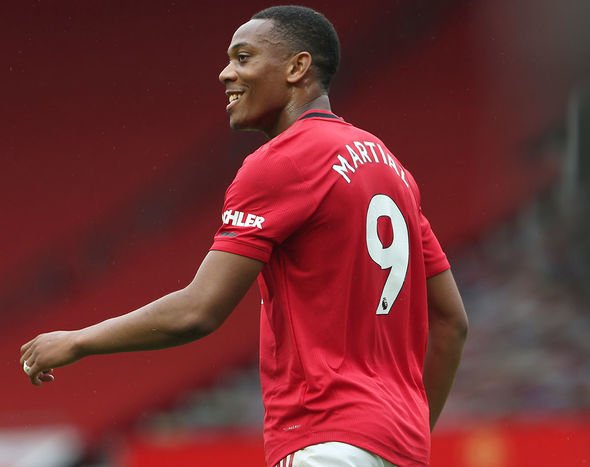 The Frenchman has hit the ground running since the league’s resumption, netting his first career hat-trick against Sheffield United last week.

And Ferdinand says Martial looks a completely different person at the moment.

“This is just magic, this had me off my seat, I was screaming in the studio,” Ferdinand said of Martial’s first-half strike.

“He cuts in, you’ll see the next angle, he takes a look, looks at the situation and says: ‘Right, top bin here you come’ and it’s just an unbelievable strike.

“We see the pictures after, he’s smiling again. His first goal for Man United against Liverpool, he smiled.

“You could see that there’s a passion inside of him. Here again you see him smiling.

“He’s been known as someone who’s very moody, very just calm and not really interested.

“This guy is a different character right now under Ole Gunnar Solskjaer.”

Manchester United team news: Paul Pogba and Bruno Fernandes passed fit for Bournemouth game
Manchester United vs Bournemouth: Eric Bailly concedes penalty 90 seconds after coming on in frantic 13 minutes
Best News
Recent Posts
This website uses cookies to improve your user experience and to provide you with advertisements that are relevant to your interests. By continuing to browse the site you are agreeing to our use of cookies.Ok