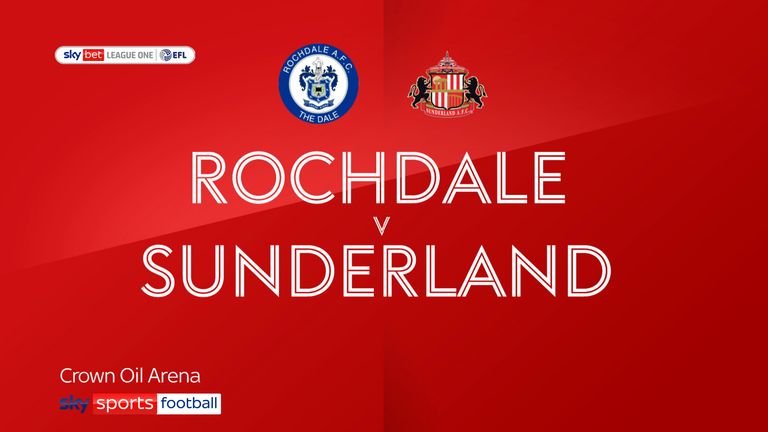 Sunderland took the lead twice against Rochdale only to be pegged back on both occasions by Matt Lund levellers in a 2-2 draw at the Crown Oil Arena.

The visitors were ahead in the 15th minute when Lynden Gooch’s pinpoint delivery from the left was met by Charlie Wyke, who nodded the ball unopposed and beyond Gavin Bazunu in the Dale goal.

The home side levelled 10 minutes later, with Alex Newby’s cross from the right headed firmly beyond Lee Burge by Lund.

The Black Cats had their noses in front again after 40 minutes. Bazunu punched a Chris Maguire free-kick to the edge of the area where Gooch collected the ball and saw a shot deflected into the path of Bailey Wright, with the defender glancing a header into the bottom corner.

Sunderland dominated the second half and George Dobson hit the crossbar late on while Bazunu saved headers from Wyke and substitute Danny Graham.

Brentford 1-1 Norwich: Kenny McLean earns late point for Canaries
Karim Benzema and Casemiro dig Zinedine Zidane and Real Madrid out of trouble at Gladbach
Best News
Recent Posts
This website uses cookies to improve your user experience and to provide you with advertisements that are relevant to your interests. By continuing to browse the site you are agreeing to our use of cookies.Ok