‘He got a big round of applause from the team’: Brendan Rodgers lauds youngster Luke Thomas after his superb display against Sheffield United as he praises his ‘incredible composure’

The 19-year-old left back barely put a foot wrong as he was drafted in to face the Blades as the Foxes won 2-0 and his manager said the youngster repaid his faith by displaying composure and calmness.

Thomas was solid at the back but also impressive going forward as he provided an assist to Ayoze Perez for the first goal of the game. 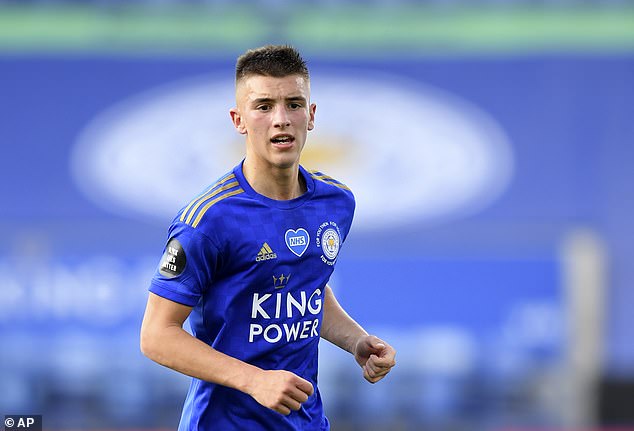 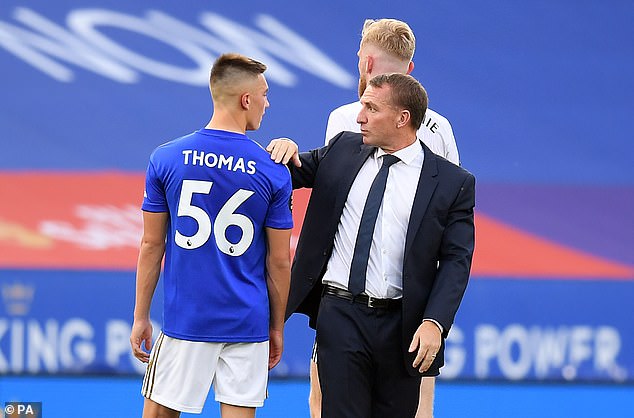 Speaking to Sky Sports, Rodgers said: ‘The thing when I look at young players is: “Do they have temperament?” You’ve seen how he sent the ball in – he wasn’t phased. He’s got that incredible composure.

‘It’s his first game playing against a really good team, he’s got great awareness. I thought over the course of the game he did so well.

‘He defends, so aggressive and tenacious and he can pass the ball which is important for someone who plays me for me. 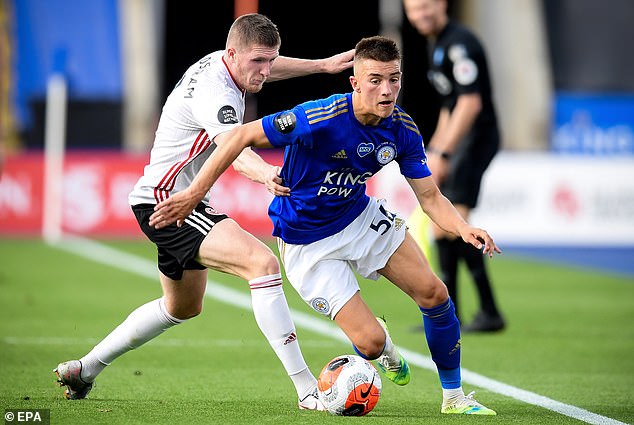 ‘He got a big round of applause from the team. It’s such an amazing night for him.’

Foxes defender Johnny Evans, who played alongside him at the King Power Stadium, was also complimentary and admitted he had been blown away by the youngster.

‘I thought he was outstanding,’ Evans said. ‘Everything he did was immaculate.

‘He was man of the match for me. He’s been in the first team since the restart – everyone has been impressed with him and it shows the manager had faith in him that he was included.’

Lionel Messi reacts to Real Madrid being crowned La Liga champions
Barcelona's title hopes end with a 2-1 defeat to ten-man Osasuna
Best News
Recent Posts
This website uses cookies to improve your user experience and to provide you with advertisements that are relevant to your interests. By continuing to browse the site you are agreeing to our use of cookies.Ok