The two Ronnies! Cristiano Ronaldo films his latest Nike advert with help of a body double as he takes a backseat on set in Turin in front of super-agent Jorge Mendes’s daughter Marisa

Cristiano Ronaldo has played a starring role in a new promotional video for Nike – with a little help from his body double.

The Juventus forward, 35, whose boot deal with Nike is worth an eye-watering £15million, was on set in Turin to shoot an advertisement video to promote his sponsor’s new footwear.

And there were some VIP guests in the building looking on from the sidelines with Marisa, the daughter of Ronaldo’s super-agent Jorge Mendes, in attendance. She is reportedly his PR manager and has been responsible for all his social media activity since 2016. 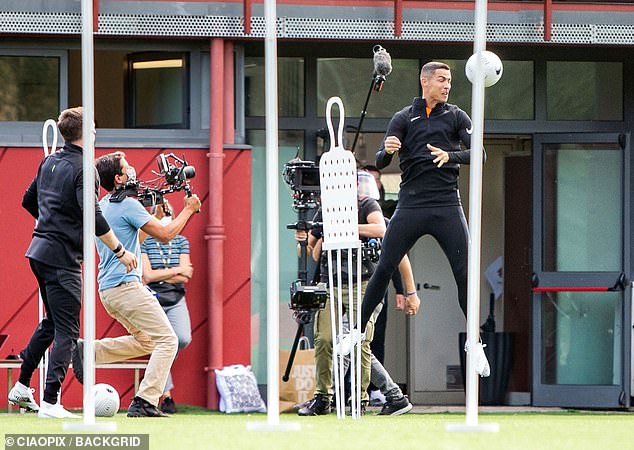 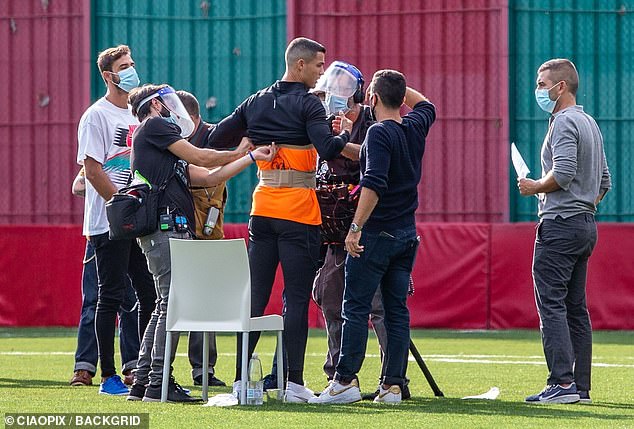 Film crew are seen getting Ronaldo ready for the shoot, which was taking place in Turin 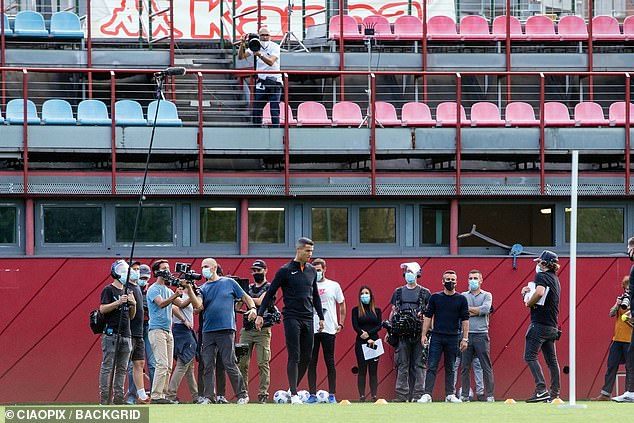 Ronaldo, 35, had a body double pick up some of his scenes while Jorge Mendes’ daughter Marisa (pictured at the back in all black and a blue mask) watched on from the sidelines

Ronaldo was captured showing off his extraordinary leaping abilities during the shoot as he jumped high above the ground to head the ball.

It wasn’t just Ronaldo putting in the elbow grease though as his body double was substituted in to pick up several scenes.

Ronaldo was also pictured mucking around with a tennis ball with a member of the film crew.

The 35-year-old’s driver was also watching on and was quick to whisk him away once his day’s work had finished. 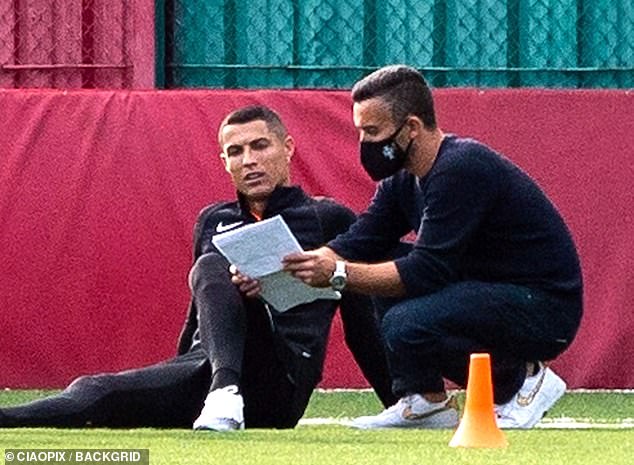 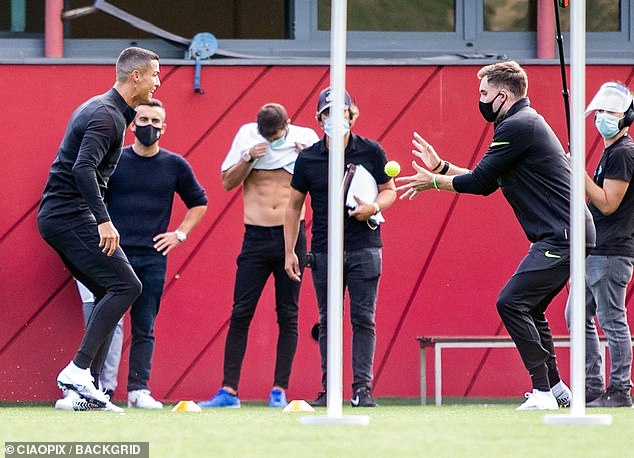 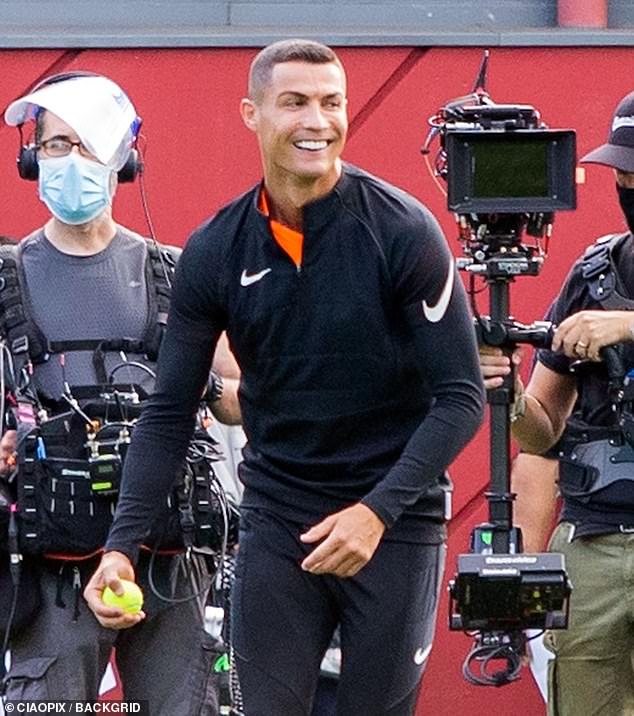 Despite his ageing years, Ronaldo is showing no signs of slowing down… even if he did call on a Doppelganger to fill in for him in some of his scenes.

Ronaldo was a key performer for Juventus last season as they won the Serie A title and it was business as usual for him on the opening game of their season last weekend as he scored in a 3-0 victory over Sampdoria.

Next up for Ronaldo and Andrea Pirlo’s Juventus side is a tricky trip to Roma. Juventus will need the real Ronaldo to show up once again if they are to continue their perfect start to the season.

Andy Robertson: Liverpool have been in a league of our own this season

Houssem Aouar ‘agrees to join Arsenal’ with Edu in talks to finalise Lyon transfer fee
Tottenham legend Glenn Hoddle says Harry Kane needs trophies or will leave after ‘make or break season’
Best News
Recent Posts
This website uses cookies to improve your user experience and to provide you with advertisements that are relevant to your interests. By continuing to browse the site you are agreeing to our use of cookies.Ok