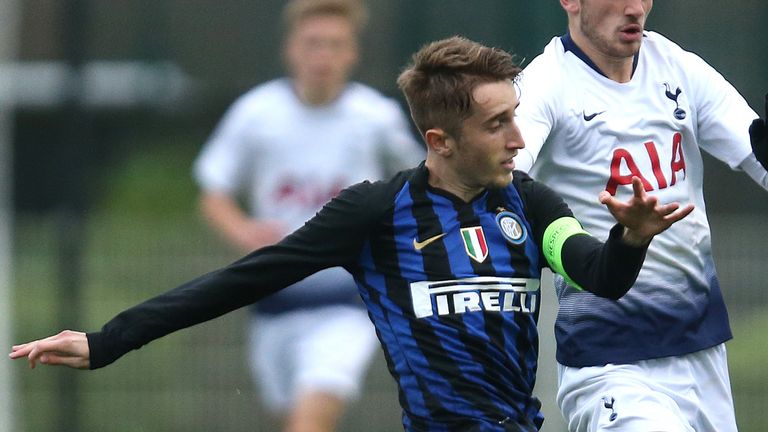 Born in Ireland but a graduate of Inter Milan’s youth academy, Ryan Nolan is plotting the next move on his already unusual career path.

Ryan has followed in the footsteps of Irish greats Liam Brady and Robbie Keane, but it is unlikely you will have read much about the County Clare youngster’s progress. His career trajectory has already taken him down a colourful path in Europe. Now, aged 21, the versatile central defender is hoping to fulfil an ambition and secure a move to England ahead of the new season.

Nolan was just eight years old when his family left Ireland’s west coast and settled in the sunnier climes of Murcia, in southern Spain. He immersed himself in local youth football and secured trials at some of Spain’s top clubs, including Villarreal, Real Madrid and Valencia.

But it was while representing his local club, Torre Pacheco, in an U16s schoolboy tournament against the Madrid and Catalonia regions back in 2015 that he was spotted by the famous Inter Milan scout Pierluigi Casiraghi. On the veteran scout’s recommendation, Inter head coach Roberto Mancini presided over Nolan’s transfer, making him the third Irishman after Brady and Keane to sign for the Italian team.

“I’d love to have even half the career both of those players have enjoyed,” Nolan says. “It took a few months to settle in Italy, but the coaches were fantastic and I just took it day by day during my time there. I picked up the language quickly as I could speak fluent Spanish and it’s quite similar.

“I lived beside the training centre to begin with at the digs for the lads, where there were about 20 of us in there. Then when I turned 18 I was given an apartment in the city and moved away from the club. Milan was a lovely city to live in, I visited places like the Duomo Cathedral and saw a lot of the city. After eight months there they offered me a three-year deal on professional terms.” 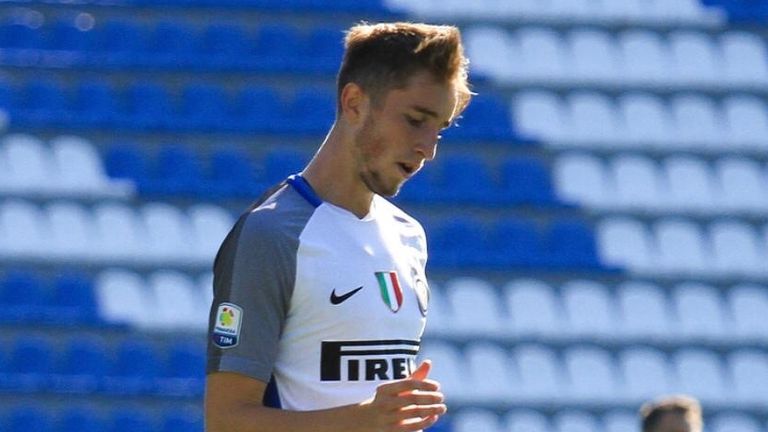 A strong, ball-playing defender, Nolan made a big impression with Inter, captaining the U19s side to the prestigious Primavera title in 2017/18, having also represented his country at U16s, U17s and U18s.

“In 2018 I had a pre-season at Inter with head coach Luciano Spalletti, and we played Chelsea and Atletico Madrid which was a great experience,” Nolan adds. “I trained with the first team throughout that year when I was captain of the Primavera team and I was on the bench for a couple of Europa League games.

“Then Antonio Conte came in last summer. I had three or four weeks with him but he shipped out a lot of youngsters. He wanted instant success, he brought in Alexis Sanchez, Romelu Lukaku, Diego Godin and others. He didn’t really think about the youngsters’ progress. We all went away, either on loan or permanently. Conte wasn’t going to give us a chance.

“Once you leave the Primavera, there’s no other team apart from the first team so the natural progression is to go out on loan or permanently, there’s no other option. It was sad to leave Inter, especially the team-mates I’d been with for three or four years, but I knew I needed a new experience to get first team football and grow as a player.

“So while it was a shame to leave such a huge club, on the other side it was exciting to test myself with first team football. I joined Arezzo and started really well, but after a month and a half I got an ankle injury.”

On his return to fitness, Nolan went out on loan to Serie C club Giana Erminio with a view to finishing the 2019/20 campaign playing regular first-team football. 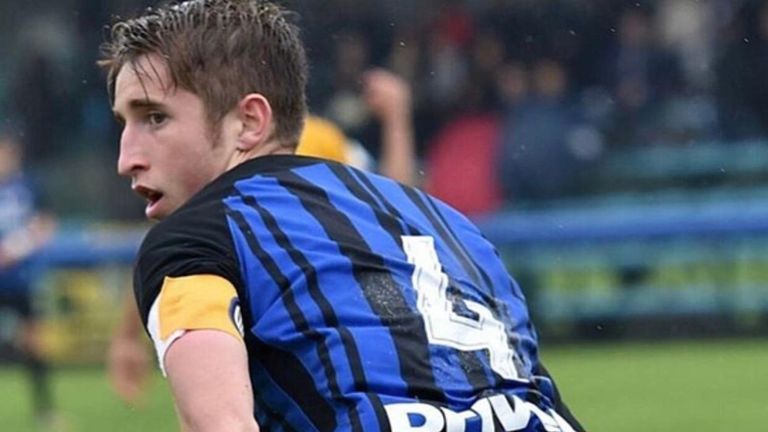 “There were about 15 or 16 games left and I was fit again. But after one game the coronavirus struck and that was it, I didn’t play another game in Italy.” Now back at his family home in Murcia, the 21-year-old is hoping to fulfil his childhood ambition with a move to England.

“Like a lot of Irish lads I grew up watching the Premier League. Last year I was close to coming here, Leeds United were very interested, but this year I’m hoping to get a move sorted before the end of the summer transfer window. There’s a couple of Championship clubs interested and one Premier League club as well.

“With the coronavirus impact it is different this summer, in Italy as well as in England. Budgets are up in the air and clubs are taking longer to make decisions. But I’ve had another year of professional football, I’m a year more experienced and wiser. I feel as if I have grown up fast.”

A childhood Manchester United fan, Nolan has modelled his game on one half of the club’s most gifted centre-back pairing.

“I love a physical battle, to win the balls in the air and win a tackle, but I’ve learnt a lot with the ball at my feet, to bring the ball out from the back and be technically confident in possession,” he explains.

Several Chelsea stars isolating as coronavirus outbreak hits pre-season plans
Bayern Munich chief makes decision on Lionel Messi transfer as Man City remain favourites
Best News
Recent Posts
This website uses cookies to improve your user experience and to provide you with advertisements that are relevant to your interests. By continuing to browse the site you are agreeing to our use of cookies.Ok